You’ll remember Sweden and its daring COVID experiment. For more than a year that Nordic country advocated for a laissez-faire approach to the pandemic. While much of Europe locked down, masked up and protected citizens, Sweden, under the direction of its chief epidemiologist, Anders Tegnell, took a more chill approach.

No masks. No lockdowns. Open schools. Unfettered restaurants. Guidelines, but no mandates. No fuss.

Life seemingly flowed on while the rest of the world fretted like actors in an Ingmar Bergman film.

From the outset, Tegnell chose a radical course. He assumed the virus wasn’t much different than influenza (he was dead wrong there, too) and aimed for gradual exposure over time to achieve significant herd immunity.

Although he waffled about his plans for herd immunity, Tegnell expected to reach that goal in a couple of months, noted an article in Science.

Unfortunately, herd immunity, the point at which vaccines or natural infections actually stop transmission, never happened. Many scientists now agree it is an impossibility for COVID for a variety of reasons.

At the time Tegnell argued that his laissez-faire method might bring more deaths and infections in the short term, but could prevent a second wave or a national lockdown.

Many Swedish infectious disease experts disagreed and called the gamble a reckless and uncontrolled medical experiment. Swedish media generally treated the critics like fools or cranks.

Two years later, how did Tegnell’s do-little approach work out for Swedes?

A new study in Nature presents an exhaustive and blunt answer: very badly.

Swedish authorities, conclude the report’s authors, “did not engage in any official and open dialogue and misled the public by withholding correct information and even spreading misleading information.”

“The Swedish people were kept in ignorance of basic facts such as the airborne SARS-CoV-2 transmission, that asymptomatic individuals can be contagious and that face masks protect both the carrier and others.”

The Nature report was prompted in part by Sweden’s harrowing death toll. It recently exceeded 18,000 (and the pandemic is not over) while its neighbour Norway recorded but 2,339 deaths. That’s a death rate of more than four times Norway’s and nearly twice Canada’s. Japan, which took airborne transmission seriously, reported 200 deaths per million compared with Sweden’s 1,730.

The Nature report, written by a Swedish team of infectious disease experts, darkly explains why so many Swedes died.

The study’s findings also explain why so many COVID policies have failed in places like Alberta, Saskatchewan, Manitoba, B.C. and Ontario, where political leaders didn’t adopt consistent public health goals, withheld data and offered little transparency about the decision-making process.

Here are seven important takeaways from the report that will sound very familiar to many Canadians.

No strategy. Although the Swedish government told the people that it wanted to limit the spread of infection and limit the impact on critical services, these declarations remained empty talking points. As one government minister later admitted, “the government strategy was not to have a strategy” and to make things up as they went along.

No accountability. During a crisis different levels of government in Sweden (or Canada for that matter) are supposed to work together and co-ordinate their actions. That didn’t happen in Sweden. Instead Sweden’s Public Health Agency made all the decisions with little or no input from university scientists, communities or elected officials. No crisis group was formed in parliament. Sweden’s prime minister feigned ignorance about pandemics and “in effect the democratic institutions ceased to function,” the report says.

As a result the Public Health Agency “managed in this way to control decision-making of the government.” The Swedish government justice department only released one plan during the pandemic and its key focus wasn’t on health at all. Instead it focused on how not to spread fear and panic.

No herd immunity. There was no evidence natural infection with a coronavirus would boost immunity long enough to shut down the pandemic, but Tegnell pursued that strategy anyway. So he let the virus rip through the population by discouraging masks, limiting testing and ignoring other precautions. Tegnell called herd immunity “a side effect” of his policies when in effect it was the undeclared goal.

“Email conversations and statements from the state epidemiologist and others show that they at least speculated on the use of children to acquire herd immunity, while at the same time publicly claiming children played a negligible role in transmission and did not become ill,” the report notes.

Tegnell’s hands-off approach never resulted in herd immunity. “Yet the projected ‘natural herd immunity’ levels are still nowhere in sight 1.5 years after the start of the pandemic.”

No face mask recommendations. Despite overwhelming evidence the COVID-19 virus was airborne and that masks dramatically cut down transmission, Sweden’s Public Health Agency did not recommend face masks in hospitals and care homes until more than 5,000 people had died. The agency not only discouraged the use of masks but claimed masks were ineffective or spread fear.

Inadequate care for elders. Thousands died in Sweden because the state chose not to provide adequate care. Infected elders were given morphine instead of oxygen, even though the system had plenty of oxygen. The Nature report adds that “very few elderly have been hospitalized for COVID-19. Appropriate (potentially life-saving) treatment was withheld without medical examination, and without informing the patient or his/her family or asking permission.” The state even denied the right of infected elders to seek a medical assessment on their condition. Physicians examined less than one-tenth of COVID patients. Many were given morphine and “end of life treatment” without a positive COVID test.

No transparency on schools and children. Schools remained open during the pandemic and there was little discussion about providing good ventilation and masks. Restrictions on testing even prevented exposed children from being tested. As in many Canadian jurisdictions, schools often “did not inform parents or even teachers about confirmed COVID-19 transmission on the premises, nor reported it to official agencies, and urged parents not to tell if their children were infected — since this would spread fear.” One official said during the pandemic that “truth can be disinformation if it affects public trust in the authorities.”

Rampant inequality. Sweden’s laissez-faire approach doomed many people to infection, disability or death. The groups that suffered most included elders, immigrants living in multigenerational homes and health-care workers and teachers who were expected to work without masks. 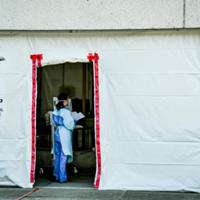 The Best Book Written about the Pandemic, So Far

In sum, Sweden’s Public Health Agency failed the nation. Its risk assessments were incorrect. It suppressed vital information on asymptomatic spread, face masks, children and long-COVID. It refused to act rapidly to stop exponential spread. It ignored the precautionary principle.

And, as the report notes, “None of the official actors took notion of what could have been done better, and no one took responsibility for the results.”

Why do Sweden’s follies matter now more than ever?

As a sixth wave engulfs much of the globe the political response has become very similar to Sweden's: do little and just live with the virus.

That means no tests, no masks, limited surveillance and hospitals with no capacity to treat the ill.

And what happened to Tegnell?

It appears he will soon be working for the World Health Organization.