With less than 48 hours to go until Christmas Day, I predicted the United Conservative Party’s pandemic party in Edmonton’s Parlour Italian Kitchen and Bar, just hours after Premier Jason Kenney instructed Albertans to halve their social contacts to slow the spread of the Omicron variant, would be his party’s last political scandal of 2021.

Even with the accelerating rate of outrageous behaviour under Kenney’s leadership, it just didn’t seem like a particularly bold prediction to reckon Parlourgate would be the last scandal worthy of the name given the proximity of the last day of 2021.

Since then, Kenney has been caught blurting out his now notorious “bat soup” slur about the origins of the pandemic, widely condemned as anti-Asian racism. Notwithstanding the ineffectual “science” defence offered by the premier’s communications’ director, this one has already made the grade as a scandal.

In addition, Kenney’s government ordered Alberta Health Services to end its sensible policy of requiring employees to be vaccinated. This should be a scandal if it isn’t.

The premier also published a tone-deaf panegyric about far-right journalist Ted Byfield and the man’s divisive and offensive screeds after his death on Dec. 23. Kenney then took his time publishing a lukewarm tweet acknowledging the death on Boxing Day of Bishop Desmond Tutu, the South African apartheid foe and Nobel Peace Prize winner. Arguably this doesn’t quite make the cut for scandalous behaviour in the 21st century, but it’s close.

As for Kenney’s tweet advising his supporters to listen to typically unhinged remarks by Donald Trump, in which the former U.S. president takes personal credit for the swift development of vaccines against COVID, that barely raises eyebrows in the current frenetic state of politics here in Wild Rose Country.

But as Alberta Politics commences its 15th year of publication this week, there’s still time for Kenney to blunder into new scandals.

My mistaken prediction that scandals were over for 2021 goes to show that you can never go wrong predicting more daily outrages by Kenney and his gang.

Over the past year, it’s been almost impossible to keep track of them all.

And so, I have decided to present only the Top 10 UCP Scandals of 2021, presented in reverse order, as is the tradition.

10. AIMCo Follies. Not only did the Alberta government’s pension management Crown corporation lose $2.1 billion gambling on market volatility, but it’s grabbing the retirement savings of Alberta’s teachers, nurses and other public employees while the premier schemes to hijack all Albertans’ Canada Pension Plan savings for its use.

9. Animal House on the Prairie. That is, the former minister of agriculture’s office, where day drinking and generally disreputable behaviour were allegedly all routine once the doors were locked and a cry of “shields up” uttered. Were it not for a wrongful dismissal suit by a political staffer, we might never have known a thing.

8. Mountaintop Removal. The government’s scheme to sell off huge swaths of the southern Alberta foothills for a pittance to Australian coal-mining companies to build giant open-pit mines and pollute rivers all the way to Hudson Bay is this low on the list only because a huge uproar has temporarily stopped it. Count on it to be back again in 2022.

7. Sky Palace Patio Party. When Kenney was busted by a mystery photographer breaking his own pandemic rules with a group of UCP cabinet heavyweights and advisors during a boozy rooftop dinner at the notorious Sky Palace in Edmonton, a huge uproar ensued. Does anyone even remember now?

6. The Alberta (Non) Inquiry. Conceived as a way to harass foes of oilsands development into silence, the “Public Inquiry into Anti-Alberta Energy Campaigns” soon descended into farce. Delayed multiple times, it cost $3.5 million, never met in public and ultimately delivered no evidence of wrongdoing. It may have cost less than the War Room, but it looked sillier.

5. Alohagate. The first scandal of 2021, Alohagate saw at least eight UCP MLAs and staffers caught taking mid-pandemic holidays in the sun while the rest of us were instructed to hunker down at home and avoid COVID. The public, even die-hard UCP supporters, was outraged. That didn’t seem to influence UCP behaviour much, though.

4. Home Alone. When the fourth wave of COVID hit Alberta, Kenney got going. To this day, no one knows where. Wherever he went, though, no one was left in charge, and for 23 days Albertans were on their own at home as the pandemic raged and the ship of state drifted.

3. Curriculum Catastrophe. Kenney thinks students are being “hard-wired with collectivist ideas” by a school system run by liberals. His solution is the worst curriculum imaginable, panned by teachers, reviled by curriculum experts, and mocked internationally as age-inappropriate, outdated, Eurocentric, jargon-riddled, inaccurate, unconcerned with developing critical thinking skills and rife with plagiarism. 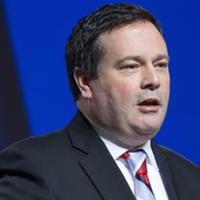 2. Here Today, Gone Forever. Kenney forked over $1.3 billion of Albertans’ money to TC Energy Corp. to complete the Keystone XL Pipeline once Donald Trump won the 2020 U.S. election. It was a terrible bet. The first thing President Joe Biden did once he was sworn into office in January was pull the plug on the project. Albertans’ money disappeared into thin air that instant — possibly with a few billion more in loan guarantees — never to be seen again.

1. The Best Summer Ever! Despite warnings not to do it from just about everyone except the UCP’s informal anti-vaccine caucus and the party’s anti-vaxxer base, Kenney declared the province Open for Summer on June 18 and promised us the Best Summer Ever. We all know how that turned out.