Of all the conclusions commissioner Steve Allan’s misbegotten and embarrassing $3.5-million “Public Inquiry into Anti-Alberta Energy Campaigns” might have come up with, the most unexpected was what he had to say about Canadian Energy Centre Ltd.

Who would have thought that the Allan Inquiry would end up attacking the War Room, the flip side of Premier Jason Kenney’s key 2019 campaign promise to strike an inquiry and create a war room to counter environmentalist “misinformation” about the fossil fuel industry?

Yet here it is, straight from the 657-page report released Thursday.

“In the course of my interviews over the past 18 months, the Canadian Energy Centre has come under almost universal criticism,” Allan wrote, quite accurately.

“There may be a need for a vehicle such as this, assuming proper governance and accountability is established, to develop a communications/marketing strategy for the industry and/or the province, but it may well be that the reputation of this entity has been damaged beyond repair,” he went on.

“Out of the gate, the name ‘War Room’ solicited mixed reviews,” Allan’s report explained. “Strong oil and gas advocates were in support of this defensive strategy, while people on the fence hungry for more knowledge, or the skeptics, were highly critical.

“The name change to the Canadian Energy Centre may have been a strong strategic move but unfortunately it was too late to undo the damage and it is still widely referred to as the ‘War Room’ by the media and the public.

“In addition, there were several missteps from the outset that damaged its reputation from which it has not been able to recover,” the report also said.

“It was created as a Crown corporation, which may be appropriate, but its governance, and accordingly its credibility, is seriously compromised by having three provincial cabinet ministers comprising its board of directors. I have highlighted criticisms of the governance of the not-for-profit/charitable sector elsewhere in this report; these same criticisms of the need for independence, openness, transparency and accountability apply to the Canadian Energy Centre as well.”

The United Conservative government, by the way, insists CEC Ltd. is a private corporation, not a Crown, the better to avoid freedom of information filings. But whatever.

Not long after the 11 a.m. release of the report, Tom Olsen, the unsuccessful UCP candidate chosen by the Kenney government two years ago to run the War Room, issued a defensive response.

“The CEC doesn’t shy away from constructive criticism and we are committed to continuous improvement,” the former Calgary Herald journalist stoutly maintained. “We are, however, disappointed the commission did not contact us to gain better insight into the work of the CEC to build wide-ranging support through increasingly effective advocacy campaigns directed at target audiences in the rest of Canada, the U.S. and across the globe.”

Well, under such circumstances, it’s no wonder Allan wasn’t invited to Energy Minister Sonya Savage’s news conference, at which she did her best to spin as an outrage the underwhelming conclusions of the report that no laws were broken, opponents of further expansion of the Alberta oilsands were simply expressing their free speech rights, and there’s no evidence their lawful free speech had any impact at all.

“While anti-Alberta energy campaigns may have played a role in the cancellation of some oil and gas projects, I am not in a position to find that these campaigns alone caused project delays or cancellations,” Allan said.

“There is no doubt that these campaigns have occurred in an environment of reduced investment in oil and gas projects, at least since 2014 when global oil prices fell by almost half and other economic factors were at play. Much of the reduced investment is therefore due to natural market forces… ”

This was certainly not the message Kenney promised the inquiry would send when he set it up in 2019, or that Savage pretended at her news conference it somehow had.

It almost suggests, whatever the original plan, that legal challenges and warnings by groups like Ecojustice and Greenpeace Canada during the months the inquiry was slouching toward Edmonton had the effect of making the commissioner watch his step very carefully.

Whatever the public inquiry, which never met in public, was expected to deliver, Allan laboured mightily and brought forth a mouse. 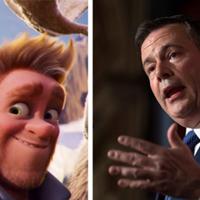 Citing a Deloitte Forensic Inc. report commissioned by the inquiry, Mr. Allan concluded that $37.5 to $58.9 million was used to oppose Alberta resource development by groups, both in Canada and the United States. Again, all of it completely legal.

This probably explains why Premier Kenney, too, didn’t manage to show up at Thursday’s news conference. He didn’t even rate a quote in the government’s news release, which included a couple of blandly supportive bromides from the presidents of the Canadian Association of Petroleum Producers and the Calgary Chamber of Commerce.

The ones calling for enhanced regulatory oversight of charities and creation of a national business strategy are mostly in federal jurisdiction. The others were enhanced dialogue with First Nations, a research and technology initiative, investment in collecting reliable information, and rebranding Canadian energy. 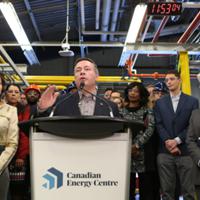 A Target of Alberta’s ‘War Room’ Fires Back

Savage, naturally, did her best to spin up the report’s conclusions. “Was it illegal? No. Was it wrong? I think the majority of Albertans would say it was wrong, and they want to know how it happened, who was involved, and how they can make sure it doesn’t happen to the energy resources of the future,” she insisted.

Savage ended the news conference after engaging the New York Times’ reporter in a short verbal sparring match, which didn’t go well for the minister when the correspondent proved more difficult to shout down than our mild-mannered local scribes.

“We have a right to be mad,” she concluded.

But after a feeble performance like this, the rest of the world has the right not to take us very seriously.