Chameleon works. O’Toole thinks Canadians should be able to own assault rifles. Or he doesn’t. He supports vaccines to save lives in the pandemic. Except for Conservative candidates. He backs Alberta Premier Jason Kenney’s disastrous COVID response. Or not.

O’Toole can shed principles and policies far faster than the artful lizard can change colours.

But you could argue a pig in a poke is even more apt. The expression, more than 500 years old, is based on the idea tricksters used to dupe people into buying what they promised was a young pig in a burlap bag, which turned out to be a scrawny cat. (Also leading to the expression letting the cat out of the bag.)

O’Toole has used the campaign to sell a version of the Conservative party that’s unrecognizable to anyone who wasn’t around 42 years ago for the brief Joe Clark government.

He’s positioned himself as a champion of workers’ rights, promised to take climate change seriously, even opening the door to keeping the Liberals’ carbon tax.

And O’Toole has avoided the right-wing anti-immigrant posturing and not-so-subtle appeals to social conservatives and racists that the Harper government happily embraced.

But what’s going to pop out after election day Monday when we open that burlap bag?

One clue would be found in O’Toole’s two bids for the Conservative leadership.

The first run in 2017, when he finished third behind winner Andrew Scheer and Maxime Bernier, was bland and centre-of-the-road. Postmedia columnist Andrew Coyne summed up the O’Toole effort. “He may not have had much to say, but he said it very well, with an air of confidence and command.”

But in last year’s leadership race, O’Toole took a different approach. He and Peter MacKay were the frontrunners. MacKay wanted to move the Conservatives to the centre and described its aim to appeal to social conservatives as a “stinking albatross” around the party’s neck. MP Derek Sloan, who was kicked out of the Conservative caucus this year, and Leslyn Lewis, running this time in a safe southern Ontario riding, were the hardcore social conservative candidates.

O’Toole set out to court the social conservative wing. He said he was pro-choice, but would allow Conservative MPs to introduce bills to reduce or end access to abortion and vote as they chose, and supports health-care providers who refuse to refer patients to abortion services or those providing medically assisted death. He promised to repeal laws limiting access to assault weapons and won the support of pro-gun groups.

It worked. Lewis and Sloan took 40 per cent of the votes in the first round. As they were dropped from the ballot, their supporters overwhelmingly backed O’Toole.

And now social conservative Conservatives find the leadership candidate they supported appears to have abandoned them.

Which should raise questions for potential Conservative voters about whether O’Toole will abandon them next.

It should also raise questions about O’Toole’s ability to deliver on his promise that the party has taken a new direction. Prime ministers have great power to keep MPs in line, rewarding the compliant with cabinet posts and committee appointments and punishing dissidents.

But that power is not unlimited if MPs and party supporters demand change. The Conservatives have candidates who shared racist memes on Facebook and support anti-abortion groups.

And more importantly Conservative supporters are broadly — and dangerously — out of step with O’Toole’s promised new direction on life-and-death issues.

Take COVID, where O’Toole has opposed mandatory vaccination for federal employees. An Angus Reid poll in August 2020 found 18 per cent of Canadians were “cynical spreaders,” who don’t wear masks, gather in large groups and generally reject the idea they should change their behaviour based on expert guidance and a sense of responsibility to others.

Eight per cent of Liberal and NDP voters were in that group. And almost a third of Conservative voters. 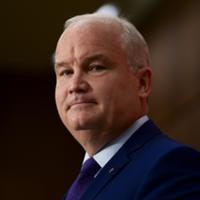 Another 2019 poll asked about immigration and whether Canada was accepting too many immigrants who aren’t white. Only 15 per cent of Liberal-leaning voters shared that opinion; and about 28 per cent of Green supporters and 27 per cent of NDP supporters.

Erin O’Toole’s campaign is based on a claim that the Conservatives have changed, suddenly moving beyond racism, xenophobia, social conservatism, climate-change denial and anti-worker policies.

But the change mostly looks like a carefully, and skillfully, crafted campaign plan for an election no one wanted.