I’ve seen this both as a daycare worker and as a reporter — child-care workers are underpaid, daycares are perpetually understaffed, and daycare is too expensive and inaccessible.

In other words, Canada’s priorities, when it comes to the youngest members of society and those who care for them, are incredibly skewed.

But 2021 was the year that marched towards change within child care. COVID-19 highlighted the cracks in Canada’s daycare system, including lack of funding and support within the child-care system, lack of consistency from daycare to daycare, and particularly the need for good and accessible child care.

Difficulties with child care exacerbated gendered divisions in parenting, and contributed to women leaving the workforce in droves.

The silver lining was that this propelled Canada towards the potential of a promising new child-care system — but that could all be changed depending on the outcome of the upcoming federal election. It’s happened before. In 2005, Canada had committed $5 billion to build a universal child-care system, going so far as to sign bilateral agreements. But then an election was called, and the results of said election steered Canada away from the child-care system it still so desperately requires.

The Liberal party has been working to sign bilateral agreements with provinces and territories that specify commitment to reduce parent fees, create new child-care spaces, and begin incorporating $10-a-day child care. B.C., one of the first to sign on, came to an agreement with the federal government in July of this year. (B.C. had passed two new bills to streamline funding for child care, create public accountability, provide early childhood educator support, and increase diversity and accessibility the previous month.)

When it comes to campaign promises, the NDP’s platform stipulates a $10-a-day universal child-care program similar to the one being offered by the Liberals.

But the Conservative party has announced that it would jettison the Liberals’ plan in favour of a refundable tax credit that would cover up to 75 per cent of child-care costs. This tax credit would have a $6,000 yearly ceiling, which wouldn’t come close to reaching 75 per cent of costs in cities like Vancouver and Toronto, where child care costs an average of $1,400 a month and $1,685 a month, respectively.

One benefit that may draw voters towards the Conservative model for child care is flexibility. The proposed tax credit could be used for a variety of different child-care options, such as nannying, nanny-shares and after-school programs, as opposed to the $10-a-day model favoured by the Liberals and NDP, which caters to daycare-based child-care programs.

As great as flexibility is, though, the Conservative system doesn’t address other important issues within child care, such as accessibility, worker support, and desperately needed wage increases for early childhood educators. The Conservative plan also doesn’t ensure consistency within the quality of care.

Sharon Gregson, the spokesperson for the $10-a-day campaign, says that Canada’s vision for child care can’t solely focus on affordability.

“It has to be about the use of wages and levels of education for people working in programs,” she says. In other words, Gregson wants to ensure each educator within the universal daycare system has access to the same training and the same support, ensuring daycare quality and education are equal and consistent from daycare to daycare.

Gregson also points out that federal and provincial governments can’t just provide funding for daycare spaces — they need to facilitate their creation, too.

And, she adds, there needs to be a variety of different programs within $10-a-day, not just nine to five daycare coverage — many parents, including those who do shiftwork, need child care outside of these hours.

“When I talk about the $10-a-day child-care plan, it’s about building a system that includes all those things, not just about affordability for families,” she says.

In terms of accessibility, the Liberals’ federal budget plans for the opening of 250,000 new daycare spaces and also specifies the creation of spaces intended for children with disabilities.

The NDP’s child-care model does not include specifics but cites that it does intend to “create enough spaces so families don’t spend months on wait lists.”

The Conservatives’ campaign plan does not specify the creation of new daycares. Though their tax model is somewhat clunky, it does, however, address the need for affordable child care.

The Liberals and the NDP both specify that they will increase educators’ wages, while the Conservatives do not mention any form of worker’s support, or wage increases, for educators.

The Liberals plan to budget for and create new Indigenous-led child-care spaces, as well as creating child care specifically to meet the needs of Indigenous families. The NDP says it will work with Indigenous communities and Canadian families as a whole on the creation of new daycares.

The Conservatives do not detail plans for Indigenous families in their campaign platform.

Further investigation and plans for Canada’s treatment of Indigenous children deserves to be a significant talking point this election season.

The country is currently in court battling the orders of the Canadian Human Rights Tribunal over the issue of discrimination against Indigenous children in delivery of child welfare services.

The statistics tell a damning story: 52.2 per cent of children under 15 in foster care are Indigenous, while Indigenous peoples make up only 7.7 per cent of the population. Many people, including Inuk MP Mumilaaq Qaqqaq, have referred to this inequity as a “modern-day residential school system,” as Indigenous children are being taken from their families and community and placed into foster care. 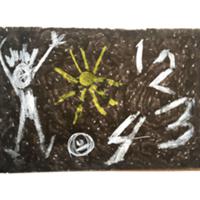 The Liberals have promised $2.5 billion towards the creation of child care for Indigenous children while working to create Indigenous-led spaces. The party has also committed to “reconciliation” — but with little detail about how that is to be executed.

The NDP promises it won’t “pick or choose” which Indigenous rights to uphold. It plans on following the recommendations of the Truth and Reconciliation Commission and the United Nations Declaration on the Rights of Indigenous Peoples.

The NDP also seeks to implement Indigenous jurisdiction over the child welfare system, and is committed to ending discrimination for Indigenous children and families, while providing proper funding in accordance with Jordan’s Principle. 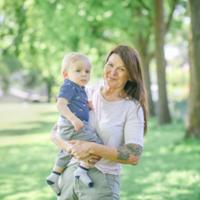 The Conservatives promise to seek and honour the TRC’s Calls to Action on reconciliation, yet they do not discuss how they would try to help Indigenous children in child welfare.

The finding of mass graves at residential schools across the country galvanized support for the TRC’s calls amongst many non-Indigenous Canadians earlier this year. But party platforms don’t seem to prioritize reconciliation or supports for Indigenous children and communities. Instead, most of the parties are again offering buzzwords and policies that maintain the status quo.

I have family who survived the foster care system. It’s difficult to see its reform so low on the list of priorities, especially for Indigenous children.

As an Indigenous woman who is a product of adoption, and also a previous daycare teacher, I am waiting on edge, hoping for the best with what comes next for the children of this country.