Don’t be surprised that many Indigenous people do not like Canada. Do not be shocked that many actively reject it, and won’t cease to do so in the future as their population and power grows. Alienation is what happens when a group of people are continually abused and mistreated for centuries by a state without true redress.

No government in the history of this country made its raison d'être to facilitate real reconciliation with Indigenous peoples. Even when newly elected governments promise “full reconciliation,” the current state of Indigenous affairs reveals they were false promises or outright failures.

There have been official apologies, recognition of past wrongs, removals of statues, and renaming of roads, but there still is no clean drinking water on many Indigenous reserves across the country.

The ongoing discoveries of unmarked graves of Indigenous children forced into residential schools has unleashed a fresh wave of rightful anger and bitter sadness, correctly directed at Canada and its current government and the ones that preceded it.

Removing statues of Sir John A. Macdonald, as some cities are doing, is a tiny token to make up for the discovery of hundreds of children’s unmarked graves. It does not make intergenerational trauma disappear or bring dead family members back to life. It certainly won’t stem the tide of rising Indigenous alienation from Canada.

That alienation did not emerge out of thin air in the past decade, and it will be increasingly difficult to brush away going forward. To keep doing so would be a grave mistake for the moral and structural integrity of the country.

Loss of moral integrity is a stain on any country’s honour and reputation, but a loss of structural integrity — the ability of a country to hold itself together without breaking — will be far more damaging than any hit to its reputation. Unless this state’s toxic relationship to Indigenous people improves, huge numbers, and maybe even a majority of Indigenous people, will fully reject Canada in the future. Many already do, and they belong to the younger generations who will soon be leaders.

Two incidents in the past two years are harbingers of the future regarding Indigenous land rights and Canadian governments. Activists on Vancouver Island near Victoria, many of them Indigenous, blocked logging roads through Pacheedaht territory, sparking confrontations with the RCMP and loggers and stifling economic activity. It mirrored the Indigenous-led railway blockades of early 2020 that caused damage to the Canadian economy.

Activists can be brushed aside, but problems will emerge when these activists become lawyers or politicians with the same convictions. Canada has already been rocked by politicians from the alienated francophone community in Quebec and it nearly tore the country apart, leaving Canada shaken and exhausted. The Indigenous population is growing faster than the non-Indigenous one, with no signs of alienation slowing. Without change, there will be quite the opposite of reconciliation in Canada.

Another Indigenous MP, Mumilaaq Qaqqaq, announced that she would not seek re-election. Qaqqaq said she felt Parliament was indifferent to the social problems facing her community in Nunavut. Qaqqaq is only 27 and said she feels no pride in Canada. There is perhaps no greater example of the alienation of Indigenous youth in Canada.

When people are dissatisfied with a government, they vote them out of power and replace them with another party. If no parties demonstrate the will or ability to improve their relationship with the people, the people have no alternative but to find their own solutions outside the existing system.

It’s not complicated to understand. People can’t and won’t tolerate an intolerable system if they see a way out of it. That may not be the case for Canada’s non-Indigenous majority, but it is evident among the young, increasing and active Indigenous population. Indigenous people in Canada are the only group endowed with ethnic land rights, and asserting those rights is now common practice. 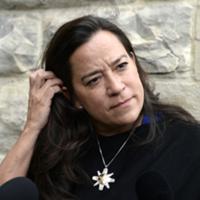 No longer will there simply be Indigenous protests in remote areas of the country, but two visions and worlds locked in escalating conflict over the same land. Couple that with a growing rejection of “so-called Canada,” and what you have is a recipe for an existential threat to the country.

Canada is going to face a future crisis unless Ottawa starts taking its relationship with Indigenous people seriously and treating it with the necessary urgency. Otherwise, there’ll be a much larger, more powerful, and still alienated Indigenous population that is fed up with indifference and broken promises.

The politicians in Ottawa have choices to make and those choices will have consequences. Whether those consequences are dire or gainful is up to them, but they can’t afford to wait, because Indigenous people have shown that they will not.