In the final days of the previous session of Parliament, a small group of senators mobilized to block passage of a bill to implement the United Nations Declaration on the Rights of Indigenous Peoples, or UNDRIP — all the while claiming to support the rights of Indigenous peoples.

Now that the federal government has introduced its own implementation bill, there are already voices in the media saying that while support for UNDRIP is fine in principle, it’s too soon to take any steps toward putting it into practice.

We have to ask: how can anyone who is genuinely supportive of Indigenous rights be so complacent about taking action to ensure that these rights are actually upheld? Do they not recognize the seriousness and pervasiveness of the human rights violations experienced by First Nations, Inuit and Métis peoples in Canada? Or do they think these harms will simply stop on their own if we just give Canada a few more months or a few more years?

The Truth and Reconciliation Commission of Canada called on the federal government to make implementation of UNDRIP not only a priority, but the very framework of reconciliation. The commissioners did so with a sense of urgency. Without a profound change in the relationship between Canada and First Nations, Inuit and Métis peoples, there can be no justice, no healing and no end to the daily violations of Indigenous peoples’ human rights. Such action has already been put off for far too long.

In UNDRIP, the commission rightly saw a clear roadmap for achieving this change in a peaceful and collaborative manner. In fact, because UNDRIP was developed through decades of painstaking negotiations, it already represents established common ground between states and Indigenous peoples and a model of how respectful collaboration can be achieved. That’s why the commission’s Principles for Reconciliation begin with the explicit statement that UNDRIP is “the framework” for reconciliation.

To now describe any effort to implement UNDRIP as “rushed” ignores the urgency of the need, the decades of work that went into developing the declaration and the years of further analysis that has taken place since its global adoption in 2007. Claims that there are too many unknowns to commit to implementation also ignore the actual process by which it will unfold.

Canada has a unique implementation model. This model was set out in Bill C-262, the private member’s bill debated and passed by the House of Commons in 2018, only to be blocked in the Senate in June 2019.

The same model is reflected in implementation legislation passed at the provincial level in British Columbia in November 2019.

The new legislation now being proposed by the federal government, Bill C-15, builds on the very same model.

Contrary to claims of some think tanks and pundits, there is nothing ambiguous about this model. At the heart of C-262, the B.C. law and the proposed federal legislation is the requirement to establish an ongoing, collaborative process to work with Indigenous peoples to implement UNDRIP. This includes identifying laws that need to be reformed and policies that need to be updated or enacted. It also includes creating an action plan with priorities and timetables for implementation. 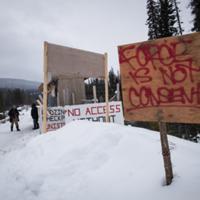 Canada’s UNDRIP Bill Holds Promise, but It’s All in the Doing

Such a process would help build a clear common understanding of the implications of the declaration’s provisions and the best way to implement them. It only makes sense for the federal government to begin this urgent work as soon as possible.

It’s deeply disappointing, therefore, that a group of provincial premiers have called for the federal bill to be delayed so that they can take more time to consider the implications.

UNDRIP was developed in response to the urgent, real-world needs of Indigenous peoples. Every provision corresponds to the lived experience of profound human rights violations that domestic laws and policies have failed to remedy.

These provisions were subject to two decades of detailed deliberation and analysis in which Indigenous peoples and representatives from countries such as Canada actively participated. No other global human rights instrument has been subject to such strenuous review and debate.

Hope for the Best from Canada’s UNDRIP Law. But Expect More of the Same

It’s now been more than 13 years since the UN General Assembly adopted UNDRIP as the minimum global standard for upholding the human rights of Indigenous peoples. From the moment of its adoption, there was a clear expectation that all governments would act in good faith to begin the urgent work of domestic implementation. This expectation has been repeatedly affirmed by the world community in further consensus resolutions of the UN General Assembly.

The events of the last two years — from the release of the report of the National Inquiry into Missing and Murdered Indigenous Women and Girls, to the long overdue attention now being paid to systemic racism in policing and health care — further underline the urgency of taking action.

At this point, those who suggest that the federal government should not even start the work of implementation cannot credibly claim to support the human rights of Indigenous peoples. Further needless delay is simply another way of defending an immoral status quo.