Wars don’t end with peace treaties or “mission accomplished” banners; the shooting goes on and sometimes, as in Afghanistan, it never really stops.

Similarly, pandemics don’t end with “herd immunity” and the doffing of masks. The seventh cholera pandemic has sputtered its way around the world from Indonesia in 1961 to the Democratic Republic of Congo today. After 60 years of vaccination, polio stubbornly persists — among other places, also in Afghanistan.

So any proclamation of the end of COVID-19 will be a political statement, not an epidemiological one. Coronavirus casualties will continue to rise, not just from direct infection but through collateral damage — illnesses and deaths due not to COVID-19 but to “routine” health problems that a stressed system couldn’t deal with, from missed measles vaccinations to postponed cancer screenings.

Like the pandemic itself, the casualties are foreseeable. If we take the trouble to prepare, we might even be able to reduce those casualties. If we don’t, we ensure the next pandemic, and its aftermath, will be even worse.

Much less loudly, millions of us will continue to fight the pandemic, and many of us will lose. Among this will be a serious worsening of racial and income inequality. Unequal societies will be even less capable of preventing or weakening the next serious outbreak.

The pandemic has inflicted a heavy toll on Canadians’ mental health, as a recent Ipsos poll reported. Again, the burden will fall chiefly on people of colour, the poor and women.

Stress and anxiety over lost employment and educational opportunities will not end soon, either: low-paid workers, whose employers may not even have survived the pandemic, were disproportionately affected, and the cost of post-secondary is likely to be higher than ever. Doctors won’t be able to do much more than refer their patients to overworked mental-health experts, who will themselves be seriously stressed.

As will their colleagues in health care. The Canadian Institute for Health Information reports that as of mid-January 65,000 of our health-care workers have contracted COVID-19, and 24 have died.

Worldwide, the health professions have suffered serious casualties: sickness, death, long COVID, and post-traumatic stress disorder. Amnesty International estimates that 17,000 health-care workers worldwide have died from COVID-19. Some have resigned or retired early; some retirees have returned to work and died. Many must feel a deep alienation from those who employ them as well as those they serve.

Still, these workers will be needed through the long tail of the pandemic, and to care for all the routine health problems that never went away. It may be hard to recruit and train replacements, despite the demand. The temptation will be strong to go headhunting for trained workers in poor countries, leaving those countries even less capable of caring for their own people.

The pandemic has brought out some curious revelations: the political and administrative classes of most countries, including Canada and the U.S., have been astoundingly incompetent. Experts have designed and produced multiple vaccines with astounding speed, and handed them over to politicians and civil servants who hadn’t built the logistic system for distributing them.

Our political classes have failed to minimize casualties, they have ignored or distorted medical advice, and, given the gift of many effective vaccines in less than a year, their fumbling has needlessly cost lives.

Yet very few have suffered politically for it. Ontario Premier Doug Ford may be down in the polls, but he’s still in office. B.C. Premier John Horgan, despite his government’s mediocre response to COVID-19, is endorsed by two-thirds of British Columbians. Only Paraguayans are explicitly calling for the resignation of their president over his handling of the pandemic.

Politicians may well interpret this tolerant attitude as a desire to get back to “normal,” to forget the pandemic as the Spanish flu was forgotten a century ago. If so, they will drag their heels on improving public health in general and pandemic preparedness in particular. Instead, they’ll fall back on bemoaning the terrible debt we’ve incurred and how we need to repay it without inconveniencing the very rich.

Public health, because it’s public, will be underfunded again — and that will set us up for the next disaster, when many of the victims will again be health-care workers, women and people of colour. The U.K. is leading the way, offering National Health Service workers a pay increase of just one per cent. The BC Nurses’ Union’s last contract included three years of two percent raises; after this last horrendous year, they should demand far more, and get it.

By the spring of 2022, Canadian health care will need to be ready for that summer of cruise ships, tourists and hours-long waits at the border. Long-term care facilities will be drumming up business to replace the residents they’ve lost. We may still have the Public Health Agency of Canada, but how effective will it be then? Will it have improved?

Our desire to set aside the bad times in favour of anticipating the good is a cultural glitch with political implications: we elect politicians who tell us how great everything will be, and forget the truism that failing to plan is planning to fail. 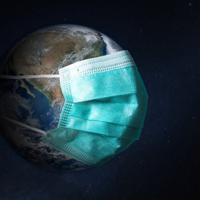 But politicians never get votes or tax revenues from the future. They can’t be heroes unless they can rescue people from present disasters, and no one’s grateful to be rescued from a disaster that never happened. Still less are they interested in reducing health conditions like poverty, diabetes and obesity that stem from inequality and make people more likely to die.

And they certainly don’t care about health conditions in poorer countries, even though they know that a disease outbreak anywhere is a threat everywhere.

Perhaps this will be the disaster that makes Canadians swear it will never happen again. If so, investing in and maintaining a solid public health system will gain us millions of person-years of life, and trillions in money not spent on disaster relief.

And if not, the long tail of the COVID-19 pandemic will likely be stepped on by the big front feet of the next pandemic.