How do you know that a political party is dying?

When you can only find seven senators out of 50 to stand up for the truth.

Worried about re-election and worried about being “primaried” by Trump-backed challengers in Republican primary races if they defied the ex-president, 43 GOP senators made a dubious last stand by acquitting him at his impeachment trial.

They knew full well that 20 Republican Senate seats are up for grabs in the 2022 midterms. By acting on that calculation, they will go down in history as the ones who allowed justice to be elbowed aside by job security in their Trump-deformed universe.

There was in fact a conviction in the impeachment saga of Trump and the Siege of the Capitol. It just wasn’t the ex-president. It was the Republican party.

No one made that clearer than Senate Minority Leader Mitch McConnell. McConnell’s five-alarm hypocrisy came through during his explanation of why he voted against impeachment.

For a while, as McConnell trashed Donald Trump at the end of the proceedings, it was if he had bolted to the House managers’ side in one of the breaks and joined the Democrats.

McConnell flat-out declared that Donald Trump was “practically” and “morally” responsible for inciting the riot at the Capitol that claimed five lives — pretty much bearing out the impeachment charge to the letter, and blowing up the case made by Trump’s lawyers. Fittingly, it was largely left to a personal injury lawyer from Philadelphia to make most of the constitutional arguments.

McConnell said that the ex-president “orchestrated” the crowd’s behaviour by using his bully pulpit to spread “wild myths” about a stolen election. He went so far as to suggest that if Trump couldn’t get his way, he was prepared to “torch our institutions on the way out.”

McConnell even hinted that Trump could be held accountable by the criminal justice system for what happened on Jan. 6, while he was still the commander-in-chief.

Then the minority leader in the Senate jammed the Batmobile into reverse, explaining that despite Trump’s guilt, he had to be acquitted.

Why? Because the punishment for impeachment is removal from office. Since the ex-president had already left the White House by the time of his Senate trial, the matter of his guilt was moot, or at least it was according to McConnell. Legions of constitutional lawyers disagree.

It was a wretched technical dodge that amounted to a declaration of moral bankruptcy. By voting to acquit a person he believed to be guilty on the facts, a vote he said was the most important one of his career, Mitch McConnell crowned himself King of Weasel Words.

A farce from the get-go

The fact is that the impeachment of Donald Trump had been a joke from the beginning, a bothersome process hurdle to the majority of Republican senators. They knew that whatever evidence the House managers presented to support Trump’s guilt was ultimately meaningless. A mere 14 per cent of GOP senators voted where the evidence took them; the rest went in the tank.

In a criminal trial, the facts are at issue. In a political trial, facts that should be at issue can be ignored in the interest of politics. And Trump lackeys, mesmerized by the 74 million votes he garnered in 2020, knew they had the numbers to save him from a conviction. Even if, as Mitch McConnell declared, he was guilty.

That cynical arrogance explains why some Republican senators doodled while the House managers meticulously presented their case.

That explains why some Republican senators said in media interviews that they were voting to acquit — before the first piece of evidence had been presented against the ex-president.

That’s why there was a marked improvement in Republican attendance and attention when Trump’s lawyers began their insipid defence.

And that is why a few disgraceful senators, including Lindsey Graham of South Carolina, Ted Cruz of Texas, and Mike Lee of Utah, met privately with Trump’s legal team to offer advice on their presentation. All of them took an oath to be impartial jurors in the trial. Sound like the work of impartial jurors to you?

In another depressing reminder of a broken U.S. democracy, Donald Trump has once again been supported by a minority and declared the victor. In 2016, Hillary Clinton got three million more votes than Trump, yet he became president. In 2021 at his impeachment trial, 57 senators found him guilty of inciting a deadly riot and 43 others, all Republicans, disagreed. Trump was acquitted.

Anatomy of a political arson

Think about the monstrous free pass the Republicans have given the ex-president.

The rioting began after Trump directed the crowd listening to his Save America speech at the Ellipse to walk to the Capitol and “fight like hell” to stop the steal of the 2020 election.

Before Trump finishes his speech at 1:12 p.m., rioters have already broken through the outer barriers of the Capitol and driven police back to the building’s steps.

By 1:58, rioters have breached barriers on the east side of the Capitol, and 10 minutes after that the mob gets through the final barrier on the building’s west side. At 2:11 p.m., the first rioters enter the Capitol Building.

Shortly after that, both the House and Senate, which had been in session, are called into recess with the mob literally at the door of their chambers. Sen. Tommy Tuberville of Alabama tells President Trump in a phone call that Vice-President Pence has been whisked off the Senate floor. And it wasn’t for a bathroom break.

Rome is burning and Nero is apparently glued to his TV set.

A full hour and a half after the rioting began, at 2:24 p.m., President Trump finally says something. He declares on Twitter that VP Pence, whom the mob wants to lynch, “didn’t have the courage to do what should have been done to protect our country and our constitution.” In other words, Pence did not refuse to certify the election results, something the VP had no constitutional authority to do.

Fifteen minutes later, Representatives began an emergency evacuation of the House Chamber, like their colleagues in the Senate. Five minutes later, at 2:44 p.m., rioter Ashli Babbitt is shot dead by police in the Capitol as she tries to break into the Speaker’s Lobby.

The Capitol is being sacked, the vice-president and the speaker of the House are in hiding, and senior members of Trump’s own party are begging him to call off the mob.

The president refuses. He is later quoted in an account entered into evidence at his impeachment, slagging House Minority Leader Kevin McCarthy by telling him on the phone that the rioters cared more about the election result than he did.

It was not until nearly three-and-a-half hours into the insurrection that Trump spoke again. He claimed that he had won a landslide victory and that it had been taken away “from me, from you, from the country....” His sign off? “Go home, we love you, you're very special.”

That sounds a lot like he was proud of the Proud Boys, no?

At 6 p.m., without mentioning the safety of his vice-president, the speaker of the House or anyone else who faced the rioters on the Hill, this derelict and contemptuous president summed up the day’s tragic events in a tweet:

“These are the things and events that happen when a sacred landslide victory is so unceremoniously & viciously stripped away from great patriots who have been badly & unfairly treated for so long. Go home with love & in peace. Remember this day forever.”

Now that Republican senators have failed to do the job, there are a few other ways that the career of the Creature from Mar-a-Lago might end.

The criminal courts might convict him on a range of alleged crimes from rape to insurance fraud and money-laundering. 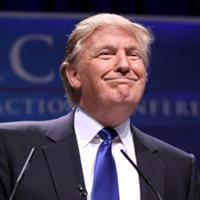 Please Advise! Will Trump Actually Get Away with It?

Principled senior Republicans might denounce Trump and Trumpism, the way that Liz Cheney and Nikki Haley have.

Trump’s financial backers may cut off his money supply.

The Republican Party had better pray that someone else holds Trump to account, now that it hasn’t. If not, Trump 2.0 is just over the horizon.

Just as in his earlier impeachment, Trump is already turning “acquittal” into “innocent,” — supposed further proof of “the greatest witch hunt of all time” led yet again by Democrats with the help of the fake news.

Like gasoline to Trump’s flame, the Republicans have supplied him the fuel for their own immolation.

Thanks to the GOP’s craven self-interest in acquitting him, Trump will simply assert his control over the party at every turn. He will decide who runs for the House and the Senate. He will decide who will hold leadership positions in both parties. And if he is still around in the run-up to 2024, he will decide who the party’s next presidential candidate will be. He remains eligible to be the one.

After all, once you’ve sacked the Capitol and gotten away with it, taking over a political convention is mere child’s play.