At Monday’s COVID-19 press briefing, provincial health officer Dr. Bonnie Henry urged British Columbians to “do more.” But after nearly a year of escalating restrictions and personal sacrifices, it left many people asking what more could they do? If the B.C. strategy for reducing transmissions has stalled, perhaps the provincial government should be asking themselves what other measures can be implemented to complement public efforts.

New Zealand responded with policies that have allowed the country to live COVID-free for the past eight months. But the nation also has some of the strictest government measures that included an initial six-week Level 4 lockdown and an international border closure, along with ongoing managed isolation facilities for citizens who need to return home.

As opposed to B.C.’s “suppression” strategy, the island nation declared elimination as its goal. And it worked.

On Jan. 24, New Zealand experienced its first community COVID-19 case in over three months. Throughout the pandemic, cases have been identified, but they were all caught in managed isolation facilities. This one was detected 11 days after a woman returning home via the United Kingdom left the isolation hotel.

Despite it being a Sunday, the government held a televised press conference within hours of the positive test result. At the same time, the Ministry of Health shared information via social media, including a list of all 28 places the infected woman had visited thanks to the widely-used NZ COVID Tracer app. 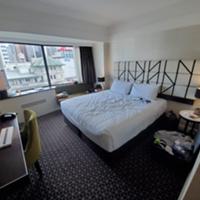 My Five-Star Stay in a New Zealand ‘Managed Isolation’ Hotel

Since the case slipped through managed isolation, video footage was reviewed and revealed that the virus was likely contracted from another guest two days before she finished her isolation and left the hotel. Genomic testing was conducted and showed that the strain was the highly contagious South African variant. For this reason, guests in the same managed isolation hotel as the infected woman had to self-isolate for an additional 14 days.

All of this happened within 24 hours of detecting the positive case.

The following day, regional testing centres were set up, and extra personal protective equipment was dispatched to the affected community of Northland. Some people waited for hours in their cars to get a test, a testament to how seriously Kiwis take the virus.

Within 48 hours, the New Zealand government was able to contact, test and isolate the infected person along with her close contacts, identify the strain and where it came from, alert the public, contact trace her precise locations over 11 days, send push notifications to businesses and the public, allocate extra PPE to the region, and set up testing sites.

With all of New Zealand’s success, it might be tempting to want to simply “cut and paste” their response to B.C. or Canada. But the nations do have many differences. However, there are some insights from the process that the B.C. government could learn from. 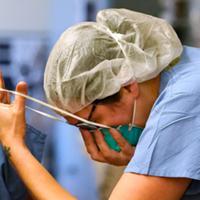 New Zealand makes good use of the COVID Tracer app. In fact, the only way they were able to contact trace and notify the public within hours of the positive case is because the person used it. A similar Canadian app exists but is not used in B.C. and Alberta, with public health officials citing that it will strain the public health system. This could be true. Using an app to identify one case is more straightforward than using it to communicate 500 per day (such as the case in B.C.).

It goes without saying that the border measures and managed isolation facilities have been the key to New Zealand’s success. Prime Minister Justin Trudeau has hinted that new travel restrictions are on the way, which might include a similar managed isolation hotel stay such as the one in New Zealand. Canada could also adopt a fee schedule for these isolation stays. It’s assumed this will create a strong disincentive to travel non-essentially. But given we are a year into the pandemic, it all seems a little late.

The response to one community case in New Zealand once again demonstrates how an early, rapid and transparent process can protect communities and allow a nation to live COVID-free. With the right policies in place, the government can remove the burden from individuals and make it easier on the public to do the right thing.