If Charlottesville was the coming-out party for America’s fascists and racists, storming the Capitol was their prom. People who have always festered on the fringes of U.S. society were invited to take centre stage during the terrible tenure of Donald Trump.

Why? Because Trump saw political profit in mobilizing a zombie army of the ignorant to intimidate perceived foes and advance his interests.

Now they are unleashed as Americans remain bitterly divided even on the obvious outcome of a free and fair election, and it’s uncertain if wounded democratic institutions will recover.

However, we have seen several examples of similar cynical tactics carried out by politicians within our own country. Are we really that much better?

The kangaroo court convened by Alberta Premier Jason Kenney to target environmental groups is a case in point. Empowered with $3.5 million in public money and legal authority vested by the provincial government, the “Public Inquiry into Funding of Anti-Alberta Energy Campaigns” has become the latest laughing stock effort by the Kenney government to confirm its political prejudices and rile up the United Conservative Party base.

Kenney has been an enthusiastic supporter of the discredited conspiracy theory that organized opposition to the relentless climate-killing expansion of Alberta bitumen extraction is largely due to secretive funding from American industrial actors, rather than a grassroots movement of normal humans who want a viable planet for their children.

The Alberta government continues to flog this dead horse with increasingly embarrassing results. It came to light last week that the inquiry had paid $100,000 for several dubious submissions described by the CBC as “junk climate-denial science, bizarre conspiracy theories and oil-industry propaganda.”

Law professor Martin Olszynski of the University of Calgary sounded the alarm on the obvious bias of this material, citing one taxpayer-funded submission alleging that a “transnational progressive movement had infiltrated governments, the United Nations and large corporations in order to impose material poverty on developed nations.”

The so-called war room is another Kenney government effort to impose its worldview on the public using the powers and money of the state. With initial annual funding of $30 million, the Canadian Energy Centre struggled to even come up with an original logo. One year after launch, this overhyped PR boondoggle has only two per cent of the Twitter followers of I’ve Pet That Dog.

It is easy to dismiss such political theatre as harmless hometown hokum but, as we are witnessing in the U.S., the truth matters. Albertans are being encouraged by their government to believe that critics of continued dependence on a waning fossil fuel sector are somehow foreign-funded traitors labouring to take away their livelihoods.

The rage stoked by this false narrative is real, with potentially deadly consequences. We’ve seen Yellow Vest protestors demand that even more public money be thrown at building pipelines, even though Alberta just squandered $1.5 billion on the highly predictable Keystone XL cancellation. The same angry cohort regularly calls for Prime Minister Justin Trudeau to be tried for treason, and is increasingly aligned with well-known hate groups like the Proud Boys and the Sons of Odin.

We can tut-tut over the storming of the U.S. Capitol, but last summer a Canadian Forces reservist armed with four loaded guns and familiar vague grievances crashed his truck through the gates of Rideau Hall after saying Trudeau should be arrested.

Alberta is not the only province whose leadership exploits intolerance for political gain. Last week Bloc Québécois leader Yves-François Blanchet welcomed Canada’s new Minister of Transport Omar Alghabra with a dog whistle smear about Alghabra’s role 15 years ago as head of the Canadian Arab Federation. The Bloc leader publicly sniffed that “questions arise” but he “refuses to accuse” the minister of anything specific. 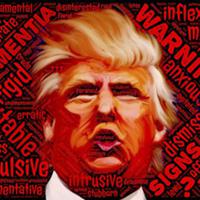 Trump Proves the Harm Psychopaths Can Do. How to Protect Ourselves

This was not a gaffe. Blanchet is an intelligent and accomplished politician who apparently calculated that there were enough Quebec bigots within his voting base to make this appalling slur worthwhile. The Bloc leader’s comments are part of a pattern of overt racism in Quebec.

The province’s Bill 21, passed in 2019 with overwhelming public support, makes it illegal for public employees to wear religious symbols such as hijabs, turbans and yarmulkes. This law declares that Quebec is a “lay state” and ostensibly applies to Christian symbols as well, but strangely the 10-storey tall illuminated crucifix remains standing atop Montreal’s Mount Royal.

Politically unthinkable anywhere else in Canada, Bill 21 has unsurprisingly resulted in increased incidents of racism in Quebec and other parts of the country as bigots become emboldened by discriminatory public policy. Last fall, an Indigenous woman was mocked and insulted by staff as she lay dying of COVID-19 in her Joliette hospital bed.

Just two years before the passage of Bill 21, a white nationalist shooter massacred six people at prayer and injured 19 more in a Quebec City mosque. A first responder to the gruesome scene later took her own life and is regarded as the seventh victim of this hateful act.

The obvious danger of further stoking extremism in the province was apparently judged less important than pandering to those who dislike seeing diversity during their daily lives.

The 2019 federal election offered another depressing warning of the real threat of racism and extremism. NDP Leader Jagmeet Singh ran an electrifying campaign on very little money that resonated across the country — except in Quebec, where his party won only one of the 16 seats they had held. The Montreal Gazette was one of the few media outlets to ask: “Is Quebec ready for a brown guy in a turban?” The resounding answer from Quebec voters was no. 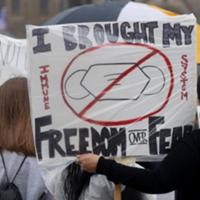 Trump Lost. The Stupidity that Empowered Him Lives On

Not even feigning subtlety, the Bloc’s Blanchet used the final moments of a leaders’ debate where Singh had done well to urge Quebec voters to support candidates “qui vous ressemblent” — who look like you. (That sentiment was certainly reflected in the uniformly white, francophone old stock nature of the victorious Bloc caucus.)

Legitimizing intolerance can be politically profitable, at least in the short term. But as we see on dismal display in America, such cynical ploys eventually exact an awful cost to a free and open society.

We should not smugly pretend that Canada is immune. History teaches that division is how democracies die.

For the sake of our nation, Canadian voters need to demand an end to divisive leadership and ruthlessly punish any politician that indulges in such dangerous intolerance at the ballot box.