Canadians beware. The promises made by metallurgical coal mining companies rarely match what they deliver in terms of jobs, revenue, production capacity, investment or taxes.

At the same time the impact of these mines and other extractive industries on caribou have nearly driven the majestic species to extinction in British Columbia despite repeated promises of “mitigation.”

In other words the promised economic benefits used by regulators and politicians to justify the relentless destruction of caribou habitat never materialized.

The environmental approval process for mines is even more perverse than that, concludes an important new report. “Not only do the costs of mining activity in northeastern B.C. outweigh the benefits, but the public helped to fund extinction of caribou by subsidizing exploration and development.”

“What surprised me most is that there is no evidence that the regulators exercised any real rigour in analyzing the veracity of economic promises made by the companies,” Robyn Allan told The Tyee. The report is published by the Canadian Centre for Policy Alternatives.

“They just depended on the promises to approve the project. I thought there would have been more due diligence done on the promises. It was shocking, frankly.”

The team analyzed and quantified the financial and economic promises made by three metallurgical coal mines in the Peace River region of B.C., home to part of the Central Mountain caribou population.

Then they compared those economic promises with what the companies actually delivered over 20 years between 1999 and 2019.

The three mines studied include Willow Creek, Brule and Wolverine.

The coal mining proponents promised a veritable bonanza of $250 million in corporate taxes for the government. But the mines only delivered a paltry $86 million.

It also took governments a long time to reap any benefit from mountain top removal. “Not only were corporate tax projections aggressively overstated, corporate tax revenue did not begin accumulating until 2017, a full decade and a half later than initially predicted. Up to 2016, net corporate tax paid was zero.”

The three coal mining projects didn’t deliver on the job front either.

Their proponents promised 583 jobs but only 59 per cent (346 jobs) ever materialized. “That is, forecasted employment overstated actual employment by 1.7 times,” said the report.

In their regulatory applications the coal miners all promised a full slate of jobs based on the expected lifetime of the mine.

But global price booms and busts for steel-making coal (a highly cyclical resource) produced a different reality whereby, “hiring and layoffs rose and fell as mines were opened and shuttered in response to volatile coal prices.”

The boom and bust nature of employment also had a well-documented and unhealthy impact on local communities: “increased rates of addiction, crime, family conflicts, domestic abuse and gender violence.”

On average the three mines were shuttered almost a third of their operating lives.

“In every case the jobs materialized much later than promised and frequently in much smaller numbers and then they were intermittent,” added Allan.

The companies also failed to produce the coal they promised, too.

Mine proponents applied for the equivalent of 84 million tonnes of coal production from the Willow Creek, Brule and Wolverine mines.

But over a decade these three mines only delivered 31 million tonnes of coal to foreign markets.

Nor did the mines make much money.

For the period 1999–2016, the researchers found that owners of the three mines “did not realize consistent and ongoing profits as predicted in their financial projections. In fact, they incurred net business losses of more than $1 billion over that period.”

All of the mines passed through several owners and went bankrupt during the 20-year time period.

In the end Conuma Coal Resources, a firm largely controlled by a U.S. hedge fund, purchased the three mines out of receivership in 2016 for $42 million or half the book value of their assets.

In a press release sent to The Tyee after this article was published, the Mining Association of B.C. did not contest that the coal mines analyzed in the report failed to produce promised levels of jobs and revenues, explaining that “low commodity prices caused the mines to close.”

But MABC denied the B.C. government subsidizes mining, and said the reopened mines near Tumbler Ridge “support 1000s of jobs, hundreds of millions of dollars in economic activity and tens of millions of dollars in revenue for governments annually. For the local communities of Chetwynd and Tumbler Ridge, this meant $140 million in revenue for 130 small, medium and Indigenous affiliated businesses in 2018 alone.”*

Two credit organizations have downgraded the credit rating for Conuma due to its debt load and compromised financial position. Yet the federal government still loaned the company $120-million dollars.

The report notes that, “Continuing losses due to low coal prices could see the shuttering of one or more of the company’s operating mines along with layoffs, repeating the negative consequences of the bust phase of the business cycle. Meanwhile, caribou habitat continues to degrade.”

The highly-subsidized Northeast Coal project, for example, promised more jobs and profits than they delivered in the 1980s. Only 55 per cent of forecast jobs ever appeared and at a cost to the taxpayer of $1.4 million per job.

The report’s conclusions are stark: “Our research indicates that caribou are being sacrificed under a faulty and grossly exaggerated benefits narrative developed without any meaningful guidelines as to how the benefits should be estimated or presented.”

Moreover “regulators do not test the reasonableness of proponents’ projections, and they fail to ensure that the benefits upon which project approval is based actually materialize.”

‘They didn’t even anticipate booms and busts’

Allan told The Tyee that report really highlights profound and systemic failings in regulatory oversight that both destroy nature and waste capital.

“We know that most of the caribou in the region are headed towards extinction and that the promises on mitigating the impacts on caribou have been broken,” said Allan.

“But what shocked me most was the total failure to protect the economy. The regulators failed at every level. They didn’t even anticipate booms and busts.”

Allan said the report’s findings should be intently studied by Albertans because the Kenney government has become a brash advocate for Australian coal miners and their speculators.

Four Australian companies now propose to industrialize more than 800 square kilometres of the southern Rockies with a half dozen open-pit coal mines in the Oldman River watershed. 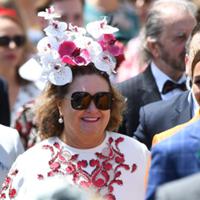 To open up 1.5 million hectares to development and exploration the Kenney government also abolished the province’s 44-year-old Coal Policy.

Unlike British Columbia’s mining regime, that policy sought to correct the excesses of the bust and boom industry with rigorous assessments of costs and benefits as well as high royalties and strict environmental guidelines.

“Albertans must understand that once you take the top off a mountain, it never goes back on,” warned Allan.

She added that the mining companies will duly produce rosy job forecasts with no bust cycles, healthy revenues and commitments to fix the environmental damage.

“But based on our research in northeastern B.C., all of those promises will be broken. And I’d be very careful of the regulators: they say one thing and do another.”

*Story updated at 9:05 p.m. on Dec. 3, 2020 to include the Mining Association of British Columbia’s response which was received after publication.