An American think tank, the Millennium Project, has been looking at possible futures since 1996.*

Recently it published Three Futures of the COVID-19 Pandemic in the United States Jan. 1, 2022 — an extensive look at where the U.S. will likely be more than a year from now, and what will lie ahead.

The report’s three scenarios are based on surveys of recent research plus “real-time Delphi studies." Experts in fields like public health, politics and economics were asked for their best estimates of what might happen in the next year or so. The results were then shared with participants, giving them a chance to refine their projections based on what the other experts were saying.

The final results were collated by teams of writers who distilled them into three outcomes.

2. Depression, Hubris and Discord: A plausible negative scenario based on major bad decisions being taken amid social and political discord.

To a recovering science fiction writer like me, the scenarios look like interesting but doomed pitches for disaster novels. The COVID-19 pandemic and the other events that have aggravated it are already far beyond the plausibility expected of a science fiction novel.

The scenarios assume the U.S. had the world’s best health care, a functioning democracy and a “responsible citizenry.” Events since Jan. 20, 2017 have thoroughly disproven those assumptions.

A substantial minority of Americans are working hard to deprive the majority of affordable health care. Gerrymandering and vote suppression, not to mention billionaires’ big spending on political campaigns, have made American democracy an oxymoron. Even if Joe Biden wins, scores of millions of his irresponsible fellow citizens will remain Trumpists for the rest of their lives.

I’m not sure any scenario can anticipate where the U.S. might be on New Year’s Day, 2022. But a “Canada Endures” scenario does seem fairly plausible. Our health-care system, for all its problems, is dramatically better than the Americans’. Our democracy is at least less dysfunctional than theirs, with no gerrymandering and our elections run by competent non-partisan federal and provincial agencies. Big money and corporate media have skewed our politics to the right for the past 40 years, but we still have a broader range of acceptable debate than the Americans.

Based on those premises, and without consulting a single expert, I’m willing to take a shot at predicting what Canada will face after enduring another 14 months of pandemic.

A time-travel column from the future

It’s hard to believe it’s been almost two years since I published my first Tyee COVID-19 piece. We were all so slow off the mark back in January 2020. Countries like Vietnam, Taiwan and New Zealand, and even China itself took COVID-19 seriously long before we did, and they stayed serious. Vietnam relaxed in the summer of 2020, saw an outbreak in Da Nang and clamped down again. China relaxed but now treats coronavirus as a nuisance, not a pandemic. And Jacinda Ardern’s problem is keeping all those new American immigrants quarantined until they’re safe to mingle with Kiwis.

Ottawa’s overhaul of the Public Health Agency of Canada has worked well. We’re getting much more consistent messaging with Dr. Bonnie Henry running it, and she’s done a good job of co-ordinating with the provinces’ health ministries. She’s also set a good example by taking regular breaks from the job and encouraging the provinces to give health-care workers more frequent holidays. Burnout is still a problem, but not as bad as it used to be.

Remember when the Canada Basic Income Plan was just a gleam in Jagmeet Singh’s eye? Who knew Albertans would become the plan’s biggest fans, or that it would trigger a surge of entrepreneurial startups across the country? And pharmacare is already lowering mortality among older Canadians like me.

We’ve got three effective vaccines, and at least they’ve given us a better class of problem: the most effective of them is Chinese, but most people are going for the American or Canadian vaccines. Or rejecting all of them, and then suing the schools for requiring proof of vaccination before their kids are allowed back in.

Way back in 2020, researchers found that even mild cases of COVID-19 resulted in cognitive decline. But we’re nowhere near coming to grips with the fact that many of us — not just Boris Johnson and Donald Trump — have been gravely but invisibly harmed, for life, by this virus. It’s going to remain a problem for education, employers and countless families long into the future.

And we’re still not taking “Long Covid” seriously, though it’s left hundreds of thousands of Canadians unable to work because of damage to their organs and nervous systems. Without the basic income plan, they’d be in even worse trouble.

Government buyouts of some of the big long-term-care corporations was a smart move. The corporations, having lost so many of their clients after COVID-19, were grateful for the rescue, and we’ve now got extra space and affordable care for families that need them. As well, three long-term care centres in the Lower Mainland are now dedicated to housing homeless persons, each with its own overdose prevention centre and mental health specialists. 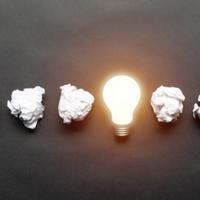 Our Post-COVID Society: What to Keep, Toss or Do Differently?

Meeting Canada’s larger mental health needs is another story. Even with the horrible example of the U.S. right next door, we can’t seem to recruit enough mental health workers, and our medical schools are trying to find students overseas willing to look after millions of Canadians struggling with depression and anxiety. It’s been a reminder that no matter how bad a pandemic may be, stigma can make it even worse.

I used to be determined to outlive this stupid pandemic, but now I accept that it’s going to be with us long after I’m gone. It may fade into the background noise when tornadoes hit Toronto again, or if this summer is another bad one for wildfires. But it won’t go away.

And we may get yet another pandemic on top of this one. Last night I picked up reports of yet another new flu in Indonesia that’s filling Jakarta Hospital with very sick patients. They’ve identified it as H3N5, and they hope to have its genome by the weekend.

No doubt they will. But I hope our government locks down Canada by Monday night, or we’ll be right back where we started, two miserable years ago.

*Story edited on Oct. 29 at 3:25 p.m. to correct information about the Millennium Project.