We’ve all been living in the moment for six long months or more. Many of us are homesick for 2019. Others dream of a new Utopia. Neither outcome seems likely. We know the post-pandemic world will be very different, but we haven’t thought through what we need to do to make it a better one.

One discouraging thought is that we’ll never see a “post-pandemic” because COVID-19 could morph from pandemic to endemic. Like some of its coronavirus cousins that cause colds, the SARS-CoV-2 virus could become a permanent fixture, sweeping through populations every few months.

Even a vaccine might not stamp it out. It will take years to develop something really effective, and the first vaccines are likely to be only partially effective. That, of course, would give the anti-vaxxers still more reason to refuse it.

Worse yet, some other virus — like an influenza — could turn up tomorrow morning, as suddenly as H1N1 swine flu did in 2009, and make matters even worse.

COVID-19 has also shaken almost every government on the planet, exposing every political failure and social injustice that helped set the stage for this disaster. But however much legitimacy and respect governments may have lost, they’re all we’ve got to work with.

The Organization for Economic Coordination and Development evidently understands this. It’s planning a global online event for November, Government After Shock. It will raise three big questions: What do we need to leave behind? What do we want to keep? What should we do differently? The answers it gets could, one hopes, guide governments to a saner, healthier post-pandemic world.

If I were taking part in the OECD event, I’d focus on health care and major factors affecting Canadians’ health, and I’d answer those three questions like this:

What do we need to leave behind?

Provincial responsibility for delivering health care. It should be federal, with strong representation from the provinces and many provincial offices. We’ve seen wildly different responses from province to province, with equally varied case and death numbers. (American states’ responses have been even worse.) B.C. has been lucky in having Dr. Bonnie Henry and a government that listens to her. But we shouldn’t have to rely on luck.

A federal health system could be run by a political appointee, like the Supreme Court justices, and it would have comparable independence. A declaration of a health emergency would have the same force as a Supreme Court decision.

Low pay for essential workers. Whether long-term care aides or grocery clerks or farm workers, the people we really need on the job should enjoy high salaries and excellent working conditions. They should also be more rigorously trained and regularly updated in hygiene practice.

“Belt-tightening.” Economic austerity is a euphemism for monopolizing power in the hands of the few. Budget cuts kill many people and sicken many more. Austerity has been directly responsible for much of the sickness and death among Indigenous people as well as working-class whites and people of colour. Henceforth, if budgets must be cut, it must be at the expense of the rich.

What should we do differently?

Improve and expand medicare. Pharmacare should have been part of the system from the start. After 55 years or so, we’re overdue for it. A population that can afford its medications is a population that is much more resistant to both endemic and emerging diseases. It should also be much more economically productive.

Medicare should also include costs for such items as physical activity programs, diet advice, glasses and hearing aids. All would reduce the burden of dementia; the Trudeau government’s current national strategy predicts the burden will cost $16.6 billion by 2031, and without prevention it will only grow thereafter.

And whatever the burden, long-term care homes should come under medicare, with regulations to ensure consistently safe and hygienic conditions for residents and high professional standards for staff.

Expand and strengthen public health. “You know public health is working when nothing happens” is an old saying. Unfortunately, people tend to take their general good health for granted. We need to remind them. One way: build a public health assessment into every new proposed law, such as a carbon tax, and megaproject like the TMX pipeline. Another: maintain a first-rate epidemic-intelligence division, with offices both here and in every Canadian embassy, to track disease outbreaks. A third: careful screening of persons coming into the country by air, land and sea.

Health education should be part of the curriculum from K to 12 and beyond. So should science and social studies; students should understand their responsibilities as well as their rights as citizens of a democracy under stress.

Make post-secondary virtually free — in return for two years’ reasonably paid public service where students can also learn on the job. With added experience and maturity, students would get more out of college, university, or trades training. 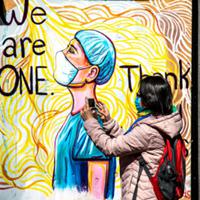 Let’s Keep Caring for Each Other, Even After This Pandemic Ends

Tax the rich. The pandemic is the first true global crisis since the Second World War. Then, we taxed the daylights out of the rich and paid top executives a dollar a year to help run the war effort. High taxes, channelled into services for a universal basic income, would help narrow the income gap and thereby improve the health and well-being of everyone.

What do we want to keep?

Parliamentary democracy. For all its messiness, it sure looks better than Washington. And we’d never get changes like those I’ve proposed unless we thrashed them out in Parliament, provincial legislatures, and probably a constitutional convention to reassign health responsibility to Ottawa. The institutions of parliamentary democracy move slowly, and often in the wrong direction.

But it will be up to Canadians to move it in the right direction, or the next pandemic will make us wish we had.