Should B.C. businesses be able to fire workers and use the pandemic to deny them severance pay?

So far, they haven’t given a straight answer.

The Tyee’s Andrew MacLeod reported that the Four Points by Sheraton Vancouver Airport Hotel had sent employees letters saying they were fired and would get no severance pay.

“Your contract of employment has become frustrated due to unforeseen circumstances beyond our control,” the hotel’s general manager wrote. “No severance or termination pay is owing in these circumstances.”

That’s a big deal for the Sheraton workers. And for hundreds of thousands of other workers, many laid off for months, who thought the Employment Standards Act would eventually guarantee them severance pay.

Some 353,000 people in B.C. have lost their jobs since the pandemic hit. (That’s based on StatsCan labour force reports from February to May.) About one in seven of the people who were pulling down a paycheque four months ago were unemployed in May, despite a small recovery. More people likely returned to work in June, but the toll is still high.

But the programs are all temporary. CERB payments, for example, are scheduled to end Oct. 3.

MacLeod shared the story of Shannen Leung, a front-desk employee who has worked at the Sheraton hotel for seven years. Employment Standards Act provisions call for seven weeks of severance pay if she’s terminated — about $4,000.

Not a lot for Marriott, the corporate owner of the Sheraton brand, with $21 billion in revenue and $1.8 billion in operating profits last year. CEO Arne Sorenson boasted the corporation “continued to generate significant excess cash, allowing us to return a total of $2.9 billion to shareholders during the year.”

But important for workers just getting by.

The Richmond Sheraton claims the Employment Standards Act’s severance provisions don’t apply. It’s relying on a section of the act that says severance pay isn’t required if people have to be fired “due to an unforeseeable event or circumstance.”

Bains wouldn’t be interviewed for MacLeod’s article. The ministry provided a statement written by a communications staffer and attributed to the minister.

“Government has been clear that we expect all businesses to respect workers’ rights and the benefits they’ve earned,” it said. “I can’t comment on a specific case before the Employment Standards Branch but businesses should be aware that they could be ordered to pay penalties on top of compensation for length of service if they are found to have illegally denied benefits.”

Which means nothing to workers worrying about whether employers will use the pandemic to deny severance pay.

The Employment Standards Act is intended to provide basic protections for employees who aren’t in a union — limiting hours of work, requiring overtime and holiday pay, guaranteeing severance pay.

It says employees are entitled to severance if they’re fired without cause or laid off for more than 13 weeks. (A cut in wages of more than 50 per cent counts as a layoff.)

That worked well enough in normal times. But the pandemic and resulting mass layoffs have added complications for employers and workers.

The original 13-week provision would have required employers to terminate most employees laid off at the beginning of the pandemic emergency by mid-June. The government extended the period to 16 weeks on May 4, and then to 24 weeks.

Which means the day of reckoning is now Aug. 30.

The extension is useful. But more useful would be clear direction from the government on whether employees can count on severance pay.

The act does say employers don’t have to pay severance if it’s impossible to keep people working due to “an unforeseeable event or circumstance.” The interpretation section says: “An example of such a change would be the destruction of a worksite by fire or flood.”

But since the pandemic, the board has added this additional policy interpretation.

“If a business closure or staffing reduction is directly related to COVID-19 and there is no way for employees to perform work in a different way (for example, working from home), the exception may apply to exclude employees from receiving compensation for length of service and/or group termination pay.”

The key words there are “may apply,” leaving businesses and employees with no certainty.

The government says it’s up to the Employment Standards Branch to decide on a case-by-case basis if employers can use COVID-19 to avoid paying severance, and notes there are appeal options.

By dodging responsibility, the government is introducing damaging uncertainty. It’s forcing people to resort to a slow appeals process if there are disputes (one that would quickly be overwhelmed). And it’s shifting the obligation to address the issue to employees who likely haven’t seen each other for months and have no way to organize a challenge of an employer’s decision.

The provincial government has the ability to either back or reject the right of employees to severance for COVID-19 job loss. Cabinet has the power to make regulations governing the Employment Standards Act’s interpretation, including the ability to exclude the pandemic from consideration as “an unforeseeable event or circumstance.”

Some businesses have said that the requirement to pay severance could force them to close. (Especially if they are firing 50 or more employees, which triggers higher severance pay.) 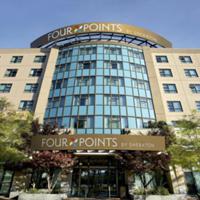 But the bottom line is that someone is going to lose here — businesses or workers. And the government has an obligation to make the choice.

Employees would be twice penalized if the pandemic allows them to be fired without severance. The act doesn’t guarantee workers recall rights that would ensure they’d have the first crack at their former jobs if the company begins hiring again, so they would be both denied severance and the chance to return to work.

The people who have lost work in the pandemic tend to be those most in need of severance pay. David McDonald of the Canadian Centre for Policy Alternatives looked at the first wave of layoffs, and found that the greatest toll, by far, was on low-wage workers. People working for less than $16 an hour were about three times as likely to have been laid off or had their hours cut in half as people being paid more than $28.

The pandemic offers a chance to rethink the policies and approaches that have led to increasing inequality, more precarious work and a lack of opportunity. We can emerge with a different vision.

But the B.C. government’s unwillingness to act on this issue suggests it’s not prepared to seize that chance.