Alberta Premier Jason Kenney justified committing $7.5 billion in government funding to get the Keystone XL pipeline built by saying it was “a solid bet” that could revive the province’s battered economy.

But with the price of oil crashing below $5 per barrel, oil insiders predicting “energy market Armageddon,” and a U.S. election that could result in a new administration blocking the pipeline and moving to zero-carbon energy alternatives, some experts see it as financially risky to the extreme.

“It’s not a bet I would want to make, let me put it that way,” Andrew Grant, head of oil, gas and mining for the influential U.K.-based think tank Carbon Tracker, told The Tyee. “The temptation is there of course to try to keep the music playing, but the world is changing clearly.”

Kenney said the pipeline is a much-needed employment generator during a time of unprecedented economic havoc. “The current crisis calls for dramatic action now to create jobs,” he said. The government says the 1,950-kilometre pipeline would result in 1,400 direct and 5,400 indirect jobs. It would take bitumen from the oilsands and connect with existing pipelines in the U.S.

The announcement came just days after Kenney’s government laid off 20,000 school support workers across the province.

Under the terms of the deal, Alberta will invest $1.5 billion in Keystone XL, which has faced over a decade of protest from Indigenous communities and climate activists across Canada and the U.S. The province is also providing a $6-billion loan guarantee to the pipeline’s builder TC Energy, formerly known as TransCanada.

You might expect financial confidence in the company to rise from such news. Instead, the U.S. ratings agency Moody’s responded by downgrading TC Energy’s credit rating from stable to negative.

“The negative outlook reflects the very high level of execution risk related to environmental, social and governance factors associated with the Keystone XL pipeline project, which TC Energy has decided to move forward on,” Moody’s Gavin MacFarlane, said in a statement. “We do not assume that the project will be completed in our current forecasts for the company and will only incorporate cash flow when the project is complete. The decision to move forward is a material credit negative.”

The ratings agency expects protests against Keystone XL to intensify and the project to face potential legal and regulatory delays. Activists could also campaign against banks and other investors supporting the project, Moody’s warns.

“Collectively these actions may damage TC Energy’s reputation, increase its cost of capital, and potentially reduce its access to capital,” Moody’s wrote. “This may make it more challenging and expensive for the company to implement its financial policies, a key corporate governance risk.”

Then there is the coming U.S. election, which could result in a Democratic administration hostile to oilsands expansion.

“Political risk will also remain elevated and may ultimately lead to project cancellation,” it wrote. Moody’s didn’t respond to The Tyee’s request for comment.

Those risks were so high that in February TC Energy was unsure whether it made financial sense to proceed with Keystone XL. “This is a very compelling project with benefits for many parties if we can get this done,” chief financial officer Don Marchand said. “If we can get comfort that the risk-reward proposition is attractive to us, we will proceed. If we can’t line all that up, the project will stay where it is.”

Frustrated by Pipeline Myths Albertans Tell Themselves? Here Are the Facts

Calgary-based ARC Energy Research Institute’s Jackie Forrest told Al Jazeera that political uncertainty in the U.S. was a big factor. “One of the key risks has always been that you put money into this and the politics in the U.S. change, and you aren’t able to complete the project.”

Grant said the Alberta government’s funding for the pipeline shift those risks from the private sector to the province’s taxpayers. “It just feels like a very clear example where the taxpayer money is potentially being spent on a project that has a good chance of failing to create value,” he said.

It’s not only this single project that’s at risk, though, it’s Canada’s entire oilsands industry.

Earlier this year, Teck Resources cited poor economics as the reason for withdrawing its application to build the $20.6-billion Frontier oil sands mine. Now, Teck is considering shutting down the Fort Hills mine it operates with Suncor.

The Keystone XL pipeline only makes sense if you assume that oilsands production will keep growing, Grant said, an assumption even insiders are questioning. A recent post on the energy news site Oil Price makes the case that Alberta’s oilsands might not survive the coming months or years. 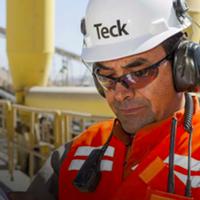 Teck’s Oilsands Mine: The Case Kept Getting Worse and Worse

“An increasing number of producers are now losing money on production, wells are being shut in and in certain areas (e.g. Canada) the oil industry may never recover — a generational destruction of personal livelihoods and the end of a reliable source of national wealth and revenue,” argues Mitchell McGeorge, executive chairman of Berry Commodities.

Kenney says building Keystone XL “is absolutely critical for our economic future now more than ever.” The much smarter bet, say experts, is staying far away from projects that could cost taxpayers billions at a time when government money is badly needed to support workers affected by the coronavirus crisis.

“There is little doubt that we need government investment in securing the future of our economy, but now more than ever we can’t afford costly mistakes,” Sara Hastings-Simon, a research fellow at the School of Public Policy at the University of Calgary, argued recently on CBC’s website.

The Keystone XL decision, she writes, “appears to have been advanced through a closed-door negotiation, resulting in an investment in a single company and a single project with a high amount of risk. Prudent government investment requires more care.”