The coronavirus, primarily carried by people without fevers, aches or chills, makes a tough and stealthy adversary.

As such the COVID-19 pandemic offers a number of possible outcomes, and all will be shaped by the unpredictability of human and viral behaviour.

Scenario one: Let the virus have its way

We do nothing and let the virus sweep through the world and attack the unwell, the elderly and vulnerable — everybody from smokers to diabetics and the homeless and migrants with tuberculosis. The U.K., Russia, the Netherlands, Sweden and the U.S. are experimenting with variations of this theme.

The virus then overwhelms hospital systems with cases of viral pneumonia, which require heroic medicine to unplug the mucous-suffocating lungs.

Our health-care systems crash, and millions die primarily from lack of care. With so much spread, the virus mutates and becomes something nastier or something more cold-like.

Or having run out of hosts, the virus disappears like the 1918 Spanish flu. The outbreak stops because there is no one else to infect and most people have some immunity.

We belatedly try to slow down the virus with social distancing, testing and isolation of the infected but our hospitals still become overwhelmed because of human foibles and viral unity. We manage, but at great cost in lives and at great cost to our health-care system. The economy gets trashed. Canada and many other countries are going this route.

In option three we impose more severe restrictions and lock down economies and populations for months just like China and try to suppress the virus.

We slow the viral spread to isolated clusters and win some time. Months later the virus re-emerges in another wave forcing another costly battle. China and much of Asia have gone this route.

We maintain tough and costly restrictions until scientists develop a vaccine or find a drug for treatment — perhaps a year or 18 months away.

We slow the spread of the virus but the vaccine is not totally effective or administered to enough people around the world, so COVID-19 becomes a constant companion, exploding here and there, joining the repertoire of biological invaders winnowing the human population.

Given these possible outcomes, you’ve probably heard the great debate or watched it unfold in your own family.

On one side a prominent Stanford statistician, John Ioannidis, has wondered if the pandemic isn’t a fiasco in the making.

Haven’t we overreacted to the COVID-19 pandemic with limited data?

No way says Marc Lipsitch, a prominent Harvard researcher, who retorted that costly lockdowns and quarantines are entirely justified.

Let’s hear them out.

Ioannidis is something of a contrarian in medical science. He became very famous when he wrote a 2005 paper entitled: “Why Most Published Research Finds Are False.” He is probably one of the world’s foremost experts on the credibility of medical research. And it is not always credible.

In a biting commentary that appeared in the online medical journal Stat, Ioannidis asked why we are shutting everything down when “we lack reliable evidence on how many people have been infected with SARS-CoV-2 or who continue to become infected.”

He argued that better information was needed “to guide decisions and actions of monumental significance and to monitor their impact.”

He noted, and accurately so, that we don’t know what the real death rates are because we have no idea how widespread infection is in the general community.

Judging by infection rates and deaths aboard the cruise ship Diamond Princess, Ioannidis suspects the death rate for COVID-19 could be .05 per cent (10,000 U.S. dead) or lower than seasonal influenza. (The Italian experience has blown up this suggestion.)

If that is the worst possible case, continued Ioannides, then the global response resembles a cat attacking an elephant: “Frustrated and trying to avoid the cat, the elephant accidentally jumps off a cliff and dies.”

If the pandemic slows down, he thinks that extreme social distancing and lockdowns might be bearable.

He wonders if shutting down schools is a good idea given that widespread school closures might inadvertently put children and grandparents into closer contact. And keep health-care workers at home.

How long, though, “should measures like these be continued if the pandemic churns across the globe unabated? How can policymakers tell if they are doing more good than harm?” asked Iaonnides.

Pandemics play out like wars in a fog of information, and Iaonnides is asking for clarity that doesn’t exist yet.

Lipsitch, an expert in pneumonia, did some interesting research on the 1918 Spanish Flu, a much more fatal virus than COVID-19.

He found that cities that limited human movement early such as St. Louis spared lives. Those that acted two weeks after the first cases appeared such as Philadelphia didn’t know where to stack the dead. Cities that imposed social distancing had 50 percent fewer deaths. But to prevent a second wave of the flu, they had to practice these measures longer than an average of two to eight weeks.

“We know enough to act; indeed, there is an imperative to act strongly and swiftly,” rebutted Lipsitch.

He agrees with Iaonnides about the lack of good data.

Researchers just don’t know yet “how many infections there have been in any population or the risk of needing intensive care or the case fatality rate.”

He adds that “many critical details of the epidemiology — including the absolute number of cases, the role of children in transmission, the role of pre-symptomatic transmission, and the risk of dying from infection with SARS-CoV-2 — remain uncertain.”

(Rarely have we found ourselves in a modern pandemic where the role of children in the spread of a cold-like virus is so poorly understood.)

As overwhelmed hospital wards full of severely ill patients in Iran, Italy and Spain have shown “the number of severe cases... becomes fearsome in country after country if the infection is allowed to spread.”

Second: if we don’t apply control measures, “the number of cases will keep going up exponentially beyond the already fearsome numbers we have seen.”

What’s remarkable about this exchange is that both eminent health researchers have made valid points. The truth will fall somewhere in between.

Nobody has a good handle on death rates. They seem to be highly dependent on the availability of ventilators and intensive care beds. That’s why the Chinese built two hospitals.

Wherever the pandemic has gotten out of control and mechanical ventilation of clogged lungs is no longer available, the death rates explode particularly in older populations.

The pandemic is out of control in Iran where one person dies every 10 minutes from COVID-19.

More than 700 people are dying every day in Italy which has an older population two times greater than China’s 12 per cent.

Not enough attention has been paid to physical contacts among old and young in European countries experiencing rapid spread of the virus.

British demographers have warned that “countries with older populations will need to take more aggressive protective measures to stay below the threshold of crucial cases that outstrip health system capacity.”

Ioannides’ question about the effectiveness of social distancing and other public health tools are legitimate.

They can and do work, but only if 50 to 75 per cent of the population comply and follow the rules. They can also be porous as a border if people are holding “corona parties” as they have around the world.

To gain traction against the virus these tools require the kind of rigour, emphasis and discipline that even hospitals have trouble maintaining when battling hospital-acquired infections.

They also spark social and political reactions. During the Spanish Flu pandemic, people in San Francisco even formed an Anti-Mask League because a mask ordinance would mean “the stilling of song in the throats of singers.”

Some social influencers have suggested that suppressing the virus will be a piece of cake.

Suppression is an ugly game. To stamp out household transmission the Chinese tracked the movements of every individual by their cell phones and dragged family members with symptoms kicking and screaming to stadiums and hotels to be quarantined. Can North America do that? Does North America want artificial intelligence tracking your temperature and every movement?

But the big question concerns time. How long will the emergency last, and how long can populations remain locked down?

How long can we practise social distancing of the entire population, home isolation and the continual testing and tracing of new infections?

Two weeks of social isolation is a small sacrifice to make but six months is another kettle of fish for most ordinary people with no assured income.

Yet the current evidence suggests this is what is needed for a long time given the tools we are now using.

The answers will emerge

A study by population modellers at London’s Imperial College estimates that social lockdowns could last as long as five months if they are to be effective. Simon Fraser University researchers concur.

In the absence of a vaccine, Germany’s Koch Institute estimates 18 months of restrictions.

Yet the Imperial College study noted that “no public health intervention with such disruptive effects on society has been previously attempted for such a long duration of time. How populations and societies will respond remains unclear.”

The writers add it’s “not at all certain that suppression will succeed long term.” The success that South Korea, Taiwan or Singapore have had to date, just might reflect different demographic realities. They have younger populations on average than Europe.

The great pandemic health debate about doing too much or too little will soon end as various real-time experiments in different nations play out across the globe.

Many European nations with older populations that have acted with complacency will answer some of the questions raised by the debate with their overwhelmed hospitals and high death rates.

There will be many Italys.

Other countries such as South Korea, may have different experiences by testing and tracing like crazy. 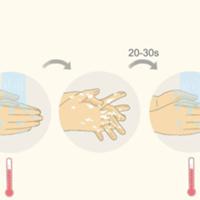 Ten Thoughts on the Power of Pandemics

There will be unexpected and unintended consequences everywhere. There will be follies and mistakes. The spraying of public places with disinfectants, for example, makes great state propaganda but is useless. Safe housing for the homeless would do more immediate good.

Meanwhile local victories will be won by communities that respond faster, pay great attention to the realities at hand, and draw on all their resources to make it through.

This pandemic looks more and more like an unpleasant marathon, than a hard sprint.

U.S. ecologist Garret Hardin noted that experts are generally better at seeing their particular trees than the forest of life.