“I can’t take any money from Nishnawbe Aski Nation. I never did it for the money. I did it because the work of getting social justice for Canada’s First Nations is so important.”

Jane Philpott is talking about her new role as “special advisor” on health to the nation and its 49 communities across northern Ontario.

It’s a big change. Philpott was a star in the federal cabinet until she resigned, along with Jody Wilson-Raybould, over Justin Trudeau’s interference in the SNC-Lavalin criminal case.

Both women ran as Independents in the fall federal election. Wilson-Raybould won in Vancouver Granville; Philpott lost in her Ontario riding of Markham-Stouffville.

“It was Grand Chief Alvin Fiddler, a good friend and a colleague of mine,” she recalls. “I thought it was a social thing, to sit down for a cup of coffee. It was actually a feeler from the grand chief and Ovide Mercredi [former National Chief of the Assembly of First Nations] to see if I might want to help NAN [Nishnawbe Aski Nation] in its quest to improve health care for their communities.”

They couldn’t have made a better choice to advise the NAN, which occupies an area about the size of France and has but one hospital, in Moosonee, Ont., about 20 kilometres south of James Bay.

Philpott is a former family physician and professor. As Indigenous services minister, she made it a priority to improve health services for Indigenous peoples. She signed the accord that helped move along the Health Transformation, a series of proposals designed to improve health-care outcomes and transfer health care delivery to First Nations communities.

“This all goes back to the very important right of self-determination, an inherent right,” she says. “For that reason, it is essential that Indigenous peoples either be in charge, or make a decision themselves as to what their health system should look like. The British Columbia Health [Services] Authority, for example, has been highly successful in improving health outcomes in Indigenous communities in that province.”

Philpott believes that medical schools have a key role to play in overhauling the health-care system for Indigenous peoples. Once again, she gives high marks to B.C.

“Some medical schools have done a good job on short- to medium-term solutions. I think as a result, more and more members of the Indigenous community will become doctors, nurses and physical therapists. It requires a recruitment plan. There’s already been good work done, and I would say that the University of British Columbia leads the country in the recruitment of Indigenous students and has lots of Indigenous faculty.”

Philpott, who also served as federal health minister, spent a decade in Niger in West Africa as a mission doctor trying to improve health care under tough conditions.

Philpott not only sees similarities between the dire health-care deficiencies in Niger and Northern Canada — she thinks things are worse for Indigenous communities in Canada.

“There are certainly parallels between the two places. In terms of serious gaps in health outcomes, the situation in our North is not unlike the kind of things I saw in West Africa, with high infant and maternal mortality,” she says. “But it’s even more disconcerting in the case of First Nations, because of the loss of culture. In Niger, they had their own language. I learned it, and that is how the work was conducted — against their own rich cultural background. Here, trauma was inflicted on Indigenous communities. Very tragically, our ancestors tried to dominate and assimilate their culture into one that is not their own. Untold damage has been done.”

Philpott believes that it will take strong leadership from First Nations to turn things around.

“That’s why I’m so optimistic about working with NAN. It has that leadership. The organization’s lead negotiator, Ovide Mercredi, and Grand Chief Fiddler, are visiting with every one of their 49 communities to find out what they think the new health system should look like. It is being built the right way — from the ground up. It will still need lots of support from provincial governments and Ottawa.”

Although Philpott believes that the Trudeau government intends to continue the work of reconciliation, she thinks this is no time for foot-dragging.

“I would say that work requires increased urgency, because there still remains so many rights that are denied, and so much social inequity. It is not just this government,” she says. “No government has paid adequate attention to this file. Until we see justice done for Indigenous people, no one should be satisfied.”

And what about justice for a politician who spoke truth to power on a matter of principle, only to lose her seat? Philpott is too honest to discount the still-fresh scars left by politics at its worst.

“I think it’s safe to say we were pretty disappointed,” she says. “We worked incredibly hard, I had a wonderful volunteer team, and a fantastic campaign manager. I had 400-plus volunteers who knocked on 60,000 doors before it was all over. It was a delightful group of people of every political stripe who left their partisanship at the door and coloured outside the party lines. With that much work, it was very disappointing that it came out like it did.”

What made the result even stranger was that both Philpott and Wilson-Raybould were vindicated by the ethics commissioner’s conclusion that Trudeau did in fact improperly interfere in the justice process for SNC-Lavalin.

Why wasn’t that enough to persuade voters in Markham-Stouffville to send her back to Parliament?

“I see it as an affirmation that a significant number of people were ready to do politics differently. Since that night, I have had people come to me to explain why they didn’t vote for me. One man told he panicked at the very end, because he was worried that if he voted for me the Conservative might get in. I was working against the old narrative of fear.”

Although Philpott received accolades for her personal integrity throughout the SNC-Lavalin affair, she also received her share of darts. Was it personally difficult?

“I think it takes a toll to a certain extent. I am thankful I have developed a certain measure of resilience in my life. People can say terrible things about you, and the hyper-partisans did say awful things about me on social media. It’s a pressure for sure, and there are some very nasty, very cruel things about politics,” she says.

“But for every nasty thing that’s said, there are 10 others who take note of what you are saying, who listen. That compensates for the harsh, cruel things that get said. A week doesn’t go by, barely a day, without someone stopping me and thanking me for what I did. I think it gives them more courage in their own lives.”

Though she didn’t retain her seat, Philpott believes the whole affair has people thinking about the political system in a way that could bring positive change.

“I think there’s an increasing awareness that maybe individual MPs, even cabinet ministers, don’t have the power we always assumed they did,” she reflects. “There is the power of party leadership and the party itself, whipping individuals into positions that may be at odds with the views of their constituents. Conservative MP Scott Reid recently wrote about how he had been disciplined for not following the party line.”

“As more stories like that get known, the public may begin asking that their representatives do their jobs and represent them. Loyalty to country and constituents may become more important than loyalty to party some day.”

Despite everything that’s happened, Philpott says she feels no rancour towards her former colleagues. She’s been in contact with several of them since the election to congratulate them on their victories. She made a point of reaching out to the people who now occupy the portfolios she once held, to let them know they had her support.

As for standing for elected office again, Philpott is leaving the door open — a crack.

“At this point, I would never say never. I don’t see a return in my immediate future. There are lots of ways I can contribute to work that will contribute to people’s lives. But it’s not impossible down the road.”

Trudeau has said that if he had a second chance to handle the SNC-Lavalin file, he would have done things differently.

“I don’t think I would have done anything differently,” she says. “I wish others had done things differently. I still think I did the right thing.”

Philpott says it would be impossible for Trudeau not to have learned something from the SNC-Lavalin ordeal. But she wouldn’t hazard a guess as to what that might be.

“I am sure he has learned something. I haven’t had a conversation with him since April 2, 2019. But I don’t think anyone can go through a time like last year without learning something,” she says. “Maybe some day we’ll know more. 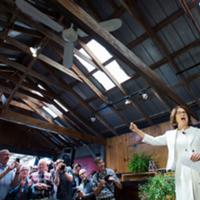 The Forging of Jane Philpott’s Moral Will

“I guess I would just say that my sense is that many, many people have learned more emphatically than they understood in the past that politicians must absolutely respect prosecutorial independence in our system.”

And what did Philpott learn watching her political career disintegrate under the crush of power politics?

“I have learned that it’s hard to speak up, and that there is an extraordinary strength to party self-protection,” she says. “I’ve learned that partisanship is a force to be reckoned with, but not always a positive one.

“But I’ve also learned that when you do speak up with courage and conviction, that it brings a certain peace of mind. That comes from having a clear conscience. I think that in turn will provide courage to others to realize that no matter what costs might be paid, it’s worth it to know that you did what was right.”