[Editor’s note: Ronald Wright’s 2004 Massey Lectures, A Short History of Progress, are being re-issued in a special 15th anniversary edition this month by Anansi. With permission, this is adapted from his new introduction to the book.]

In the 2004 Massey Lectures, A Short History of Progress, I wrote about the fall of past civilizations and what we might learn from them to avoid a similar fate. Societies that failed were seduced and undone by what I called a progress trap: a chain of successes which, upon reaching a certain scale, leads to disaster. The dangers are seldom seen before it’s too late. The jaws of a trap open slowly and invitingly, then snap closed fast.

The first trap was hunting, the main way of life for about two million years in Palaeolithic times. As Stone Age people perfected the art of hunting, they began to kill the game more quickly than it could breed. They lived high for a while, then starved.

Most survivors of that progress trap became farmers — a largely unconscious revolution during which all the staple foods we eat today were developed from wild roots and seeds (yes, all: no new staples have been produced from scratch since prehistoric times). Farming brought dense human populations and centralized control, the defining ingredients of full-blown civilization for the last five thousand years. Yet there were still many traps along the way. In what is now Iraq, the Sumerian civilization (one of the world’s first) withered and died as the irrigation systems it invented turned the fields into salty desert. Some two thousand years later, in the Mediterranean basin, chronic soil erosion steadily undermined the Classical World: first the Greeks, then the Romans at the height of their power. And a few centuries after Rome’s fall, the Classic Maya, one of only two high civilizations to thrive in tropical rainforest (the other being the Khmer), eventually wore out nature’s welcome at the heart of Central America.

In the deep past these setbacks were local. The overall experiment of civilization kept going, often by moving from an exhausted ecology to one with untapped potential. Human numbers were still quite small. At the height of the Roman Empire there are thought to have been only 200 million people on Earth. Compare that with the height of the British Empire a century ago, when there were two billion. And with today, when there are nearly eight. Clearly, things have moved very quickly since the Industrial Revolution took hold around the world. In A Short History of Progress, I suggested that worldwide civilization was our greatest experiment; and I asked whether this might also prove to be the greatest progress trap. That was 15 years ago.

What has happened — and not happened — since then to alarm or reassure us?

First, our numbers have risen by 1.4 billion, nearly a hundred million per year. In other words, we’ve added another China or 40 more Canadas to the world. The growth rate has fallen slightly, but consumption of resources — from fossil fuel to water, from rare earths to good earth — has risen twice as steeply, roughly doubling our impact on nature. This outrunning of population by economic growth has lifted perhaps a billion of the poorest into the outskirts of the working class, mainly in China and India. Yet those in extreme poverty and hunger still number at least a billion.

Meanwhile, the wealthiest billion — to which most North Americans and Europeans and many Asians now belong — devour an ever-growing share of natural capital. The commanding heights of this group, the billionaires’ club, has more than 2,200 members with a combined known worth nearing $10 trillion; this super-elite not only consumes at a rate never seen before but also deploys its wealth to influence government policy, media content, and key elections. Such, in a few words, is the shape of the human pyramid today.

The 2008 crash triggered by banking fraud was staved off by money-printing and record debt. This primed a short-run recovery, which has in turn revived illusions we can borrow from nature and the future indefinitely — illusions fed by corporate think-tanks, irresponsible politicians, and Panglossian cherrypickers such as Steven Pinker. But what about the long run? In 1923 the great economist John Maynard Keynes famously answered, “In the long run we are all dead.” By that he meant, let’s deal with the problems we see now and leave the unforeseeable to those who come later. Fair enough in the 1920s, when there was only one person on Earth for every four today and the future seemed to have room for endless outcomes, good or bad. Nearly a century later, Keynes’s quip sounds more like dire prophecy, as short-term thinking lures us ever deeper into very difficult problems that science can not only observe but foresee. Predicted consequences of global warming — blighted coral reefs, melting glaciers, spreading deserts, and extreme weather — are already upon us.

One of the sad ironies of our time is that we have become very good at studying nature just as it begins to sicken and die under our weight. “Weight” is no mere metaphor: of all land mammals and birds alive today, humans and their livestock make up 96 per cent of the biomass; wildlife has dwindled to four per cent. This has no precedent. Not so far back in history the proportions were the other way round. As recently as 1970, humans were only half and wildlife more than twice their present numbers. These closely linked figures are milestones along our rush towards a trashed and looted planet, stripped of diversity, wildness, and resilience; strewn with waste. Such is the measure of our success.

The archaeologists who dig us up will need to wear hazmat suits. Humankind will leave a telltale layer in the fossil record composed of everything we produce, from mounds of chicken bones, wet-wipes, tires, mattresses and other household waste, to metals, concrete, plastics, industrial chemicals, and the nuclear residue of power plants and weaponry. We are cheating our children, handing them tawdry luxuries and addictive gadgets while we take away what’s left of the wealth, wonder, and possibility of the pristine Earth.

Calculations of humanity’s footprint suggest we have been in “ecological deficit,” taking more than Earth’s biological systems can withstand, for at least 30 years. Topsoil is being lost far faster than nature can replenish it; 30 per cent of arable land has been exhausted since the mid-20th century.

We have financed this monstrous debt by colonizing both past and future, drawing energy, chemical fertilizer, and pesticides from the planet’s fossil carbon, and throwing the consequences onto coming generations of our species and all others. Some of those species have already been bankrupted: they are extinct.

Others will follow. Whether we are triggering an extinction as severe as that which killed the dinosaurs, when three-quarters of all species were wiped out, is still to be seen. By the time the answer is clear, there could be nobody left to know it. The lesson of fallen societies is that civilization is a vulnerable organism, especially when it seems almighty. We are the world’s top predator, and predators crash suddenly when they outgrow their prey. If the resulting chaos unleashes nuclear war, it could bring mass extinction in a heartbeat, with Homo sapiens among the noted dead.

Awareness of our predicament is spreading, if slowly and with mixed results. The warnings of science are growing more urgent and precise, gaining wider attention and sparking grassroots movements such as Extinction Rebellion and the schoolchildren’s strikes inspired by Greta Thunberg. People are beginning to see the world dying before their eyes. The dwindling of birdlife in their gardens and bugs on their windshields backs up the scientists’ alarm that falling insect numbers threaten a “catastrophic collapse” of natural systems.

Effective reform will take political will at world level. Yet the very idea of international cooperation is under attack — just when it is needed most. As the Intergovernmental Panel on Climate Change says in its October 2018 report, keeping global warming below 1.5 C “is possible within the laws of chemistry and physics” but will require “unprecedented changes” before 2030.

Conservation and environmentalism have had some success, a few species have been pulled back from the brink, a few Green politicians have been elected, a few promising fixes (renewable energy, electric cars, etc.) are being developed. Yet at this writing, the momentum of extraction, consumption, and destruction is still gathering speed, driven by the delusion of endless growth, and the willingness of corporations to set financial profit above life itself. Even if fossil energy were replaced at once by clean sources, our other problems — overpopulation, overconsumption, erosion, deforestation, and accumulating waste — would still persist. 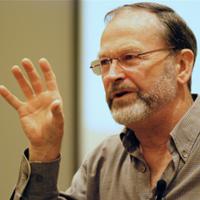 Yes, the Climate Crisis May Wipe out Six Billion People

The failure of democratic governments to stand up for the greater good over the long run is fuelling disillusionment with democracy itself. There is something badly wrong with an economic regime in which 26 individuals own as much as half the world’s population. Such extreme disparity has never been seen before. Inequality is the main driver behind rising population and consumption. The highest birthrates are in the poorest places, mainly Africa and the Indian subcontinent. At the other end of the seesaw, obscene wealth — the kind which owns mansions around the world and gigantic yachts with helicopter pads — has a colossal footprint, while its undue influence amounts to a dark tyranny.

Back in Classical Greece, Plato suggested that in a just society there should be no more than a 5:1 spread in income between richest and poorest. That was a hard sell then, and still would be. But what might be reasonable today? Where should the balance be struck to help the weakest while still rewarding effort and achievement? Given the seriousness of what we face, this is a conversation we must have. The wealth already wrenched from nature might just be enough to buy us a lasting future if it were shared, managed, and ploughed into solutions.

Of one thing we can be sure: if we fail to act, nature will do so with the rough justice she has always served on those who are too many and who take too much.