Halloween is coming this weekend! Any costume suggestions?

Of course, everybody will want to be a Flaming Toxic Container Ship, right? Yawn. Some other possibilities:

You’ll need a mask of someone who isn’t wearing one. Bonus points if it’s Jason Kenney or Scott Moe.

This one’s easy. Could be chilly trick-or-treating in your underwear, though. And of course, you run the risk of having your “Trick or treat” answered with a shrug: “Sorry, kid. Like you say...”

The danger with this costume is that everyone will give you Rockets. And no one wants that.

Rogers Communications Board of Governors

This could go two ways. It could be inspired by the new movie adaptation of Frank Herbert’s Dune. Or it could be the insides of a horse whose Ivermectin got swiped by some dude in a tinfoil hat.

You walk up to the house in an adorable kitten costume, and after you’re gone the homeowners discover you have somehow managed to undermine the foundations.

It’s a box. You are inside the box. The box is closed. You can go to the bathroom when your trick-or-treating shift is over. Most of the candy goes elsewhere.

Wait for the candy, then ask for an extra 4.4 per cent.

Start with the halo and wings, then take it in whichever direction you prefer.

You’ll need a big water tank and a spray nozzle. Get the candy first though. Bomb cyclone is an acceptable variation, but if you go with that option in Vancouver, be prepared for a disappointing payoff. 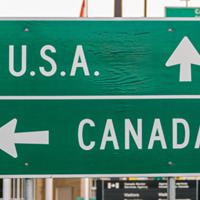 Please Advise! The Border Is Open, Dare We Go?

For this you will want a red Team Canada shirt, soccer shoes and the ability to cross half of a soccer pitch at the speed of Usain Bolt before delicately plucking a ball off the sideline and eventually sending it into the net. Some assembly required.

This one is really all in the facial expressions. Look closely at the people who come to the door and do like them.

Forget it. Even for Halloween, this one is too damn scary.