Labour Day is supposed to be a holiday to recognize and celebrate the contributions that workers make to the life of our country. But this Labour Day, it’s clear that the people running Alberta don’t give a crap about ordinary working folks.

The signs were there right from the start.

When Jason Kenney was running for election in 2019, he knew working Albertans were anxious about the economy, so he famously promised jobs, pipelines and economic growth. What has he delivered instead? No jobs. No pipelines. No economic growth.

But it’s not just that the Kenney government has failed to deliver on its election promises — they’ve deliberately made things worse for working Albertans, not better.

They cut the minimum wage for young workers.

They created a mechanism for employers to avoid paying overtime.

They gutted the right to refuse unsafe work.

They stripped public-sector workers of control over their own pension investments.

They made it harder for workers to join unions and bargain collectively with their employers.

They limited the rights of workers to protest.

They refused to participate in a national child-care program that would save working families in our province thousands of dollars each year.

They continued to give billions in tax giveaways to corporations that don’t use the money to create jobs, while at the same time saying there’s no more money for vital public services.

They offered anxious workers nothing but false hope about the future of oil and gas and they’ve demonstrated that they have no plan to help Albertans find their way in a world that’s clearly moving away from fossil fuels.

Finally, they hatched a plan to defund unions so they could no longer be an effective counterbalance to the power of the UCP’s wealthy benefactors.

These are all deliberate choices made by the Kenney government, not the result of circumstances outside of their control.

And it doesn’t end there.

In addition to curtailing many rights and protections for working Albertans, the UCP has also gone after the public services we value and need to get ahead.

Health care, education, municipal services, universities and colleges: you name it, they’ve cut it or teed it up for privatization.

Of course, these are the actions you’d expect from a conservative government, especially one led by an ideological warrior like Jason Kenney. His 2019 election platform basically laid out a plan to transform Alberta in the image of a Republican American state, and that’s what he’s been doing.

But now Kenney has gone too far. He’s not just a conservative politician doing what conservative politicians do. Now he’s threatening the health — and even the lives — of our kids. Since the beginning of the pandemic, the Kenney government’s approach to public health has been dangerously incompetent and willfully negligent. Whether it was the first, second or third wave of the pandemic, they either acted too slowly, relaxed public health measures too quickly, or ignored the best evidence from experts entirely.

They sat on their hands while COVID spread through meatpacking plants, warehouses, oilsands work camps and schools. They drove health-care workers out of their professions — and sometimes out of the province — by denigrating and disrespecting them.

Albertans got used to having the highest infection rates in the country; the biggest workplace outbreaks; and the lowest vaccination rates. We also got used to excuses (It’s the federal government’s fault!), misinformation (It’s a form of influenza! Kids don’t get it! Hospitalizations have decoupled from case numbers!), failures of leadership (Aloha from Hawaii!) and wishful thinking (It’s endemic, not pandemic! Best summer ever!).

Perhaps most significantly, we got used to a government putting its own political interests — especially the interests of the vocal anti-mask and anti-vax minority who happen to form a part of the UCP base — ahead of the broader public interest.

But what’s happening now in the midst of the fourth wave has reached a new level of outrageous and unacceptable.

Given the high transmissibility of the now-dominant Delta variant; the fact that 670,000 Alberta kids under 12 years of age are not eligible for vaccination; the fact that experts now agree that the virus is spread by tiny particles that can hang in the air in indoor environments for hours; and the fact that hospitals and ICUs are nearing capacity, the UCP should have postponed sending Alberta kids back to classrooms.

But the Kenney government did none of those things.

Instead, they denied that the fourth wave is here; that COVID is airborne; that we still need testing and contact tracing to deal with the pandemic; and that staff shortages in health care are making us more vulnerable than ever.

They also dismissed evidence that Zero-COVID policies work better than “too little, too late” approaches and downloaded responsibility for keeping Albertans safe to school boards, municipalities and businesses.

Perhaps the UCP’s two most outrageous failures of the fourth wave are to cancel contact tracing in schools just as kids head back to the classroom and to casually admit they want to see an “accelerated case rate” as COVID “finishe[s] going through the unvaccinated population” — which necessarily includes kids under 12 — so that they can “safely keep businesses open” and avoid bringing in any further restrictions. UCP Caucus Chair Nathan Neudorf let this bombshell slip in an unscripted TV interview while Kenney and the chief medical officer of health had disappeared from the public stage for almost the whole month of August.

To say that the UCP approach to the raging Delta wave of the pandemic is shocking and unacceptable would be an understatement. And it’s certainly not what Albertans voted for two and a half years ago.

This Labour Day, it’s time for working Albertans to say “enough is enough.” It’s time to acknowledge that our government has abandoned us. And it’s time for us to act. 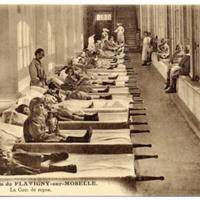 Governments Won’t Stop COVID. It’s Up to Us

First, we need to demand not just the resignation of Jason Kenney, but the resignation of the entire UCP government. By abdicating their responsibility to protect the lives of Alberta citizens — especially our vulnerable, unvaccinated children — they have lost the moral authority to govern.

Second, we need to back up our demand with collective action. Student strikes? Mass refusal to send our kids to schools? Work stoppages? I honestly don’t know what would be the best option. But we urgently need to start talking about it. We simply can’t continue to allow the UCP to lead us by the nose into disaster.

The Kenney government has been failing working Albertans from the start. Now they’re failing our kids. We need to stand up and push back. If not now, when?