What is the United Conservative Party’s position, pray, about Vancouver blogger Vivian Krause’s bombshell assertion she always understood the environmental conspiracy to landlock Alberta’s oilsands she promoted so energetically had nothing to do with the U.S. oil industry advancing its interests at Canada’s expense?

Wherever it came from, the notion big American corporations and foundations were bankrolling Canadian environmental charities to achieve a market advantage over their supposedly more ethical Canadian counterparts was at the heart of Premier Jason Kenney’s successful crusade to unite the right, drive the Alberta NDP from power, and restore Conservative rule in Wild Rose Country.

Whatever the UCP’s favourite researcher has been saying — and there was vigorous public discussion about that last week — her statement that she has never accused environmental organizations of being used by U.S. oil interests to landlock Canadian bitumen arrived with the force of a thunderclap.

“‘No evidence’: Researcher behind ‘anti-Alberta’ inquiry backs off assertion,” said the headlines on the Edmonton Journal, Toronto Star, Global News, CTV and other websites, all of which published a short, early story by the Canadian Press.

If nothing else, this certainly suggests mainstream Alberta news media, mostly sympathetic to the UCP, had always assumed the conspiracy theory originated with Krause, whose work was championed by the UCP and fossil fuel industry groups like the powerful Canadian Association of Petroleum Producers.

Nor have major media organizations ever made much effort to debunk the theory, unlike such independent commentators as energy reporter Markham Hislop and Sandy Garossino of the National Observer.

The headline in the Globe and Mail on May 21 was more cautious and nuanced: “Critics say researcher behind allegations that prompted ‘anti-Alberta’ inquiry backs off from one of her major claims.”

But while that updated version of the Canadian Press story placed Krause’s assertion “she has never accused environmental groups of being used by U.S. interests to further that country’s oil industry” right at the top, the arguments of her critics are set out clearly and fairly too.

“I certainly can’t pin that on any environmental groups,” the author quoted Krause saying.

The story then cited a tweet by University of Calgary law professor Martin Olszynski, asking Krause: “Since you’ve seen no evidence of $ from commercial oil interests, do you think it was fair/reasonable for you to keep making inferences to that effect?”

Indeed, the record of many statements by Krause, and many more by Kenney, other UCP politicians and sympathetic media commentators, left many Albertans with the impression that was Krause’s view.

The notion Alberta was being unfairly targeted to support the U.S. interests was precisely the theory upon which Mr. Kenney’s so–called “Public inquiry into anti-Alberta energy campaigns” was based.

Even before Ms. Krause’s unexpected statement hit the headlines yesterday, the inquiry was in disarray.

On Wednesday, Commissioner Steve Allan requested and was granted a fourth deadline extension to complete the inquiry’s work. Its final report was originally due on July 2, 2020. He was most recently expected to report on May 31. Now he will have two more months to complete the report, and the government will have three months after that to decide what to do with it.

So Krause’s statement, a bombshell whether or not she thinks it should have been, leaves the impression the whole premise for the inquiry, and Jason Kenney’s War Room as well, is unravelling like a badly knitted sweater.

Only on Wednesday did Energy Minister Sonya Savage say, “Our government promised Albertans that we would fully investigate the widely reported foreign-funded campaign to landlock our resources and we are committed to fulfilling that promise.”

“We need to shine a spotlight on the foreign source of funds behind the campaign to landlock Canadian energy,” Premier Kenney said the same day.

But while assailing the CP story yesterday, Matt Wolf, the premier’s issues manager, tweeted: “The Alberta Government has not alleged that this funding was somehow part of an active conspiracy between U.S. environmental orgs and U.S. energy producers to hamstring competitors in Canada for their own corporate benefit.” 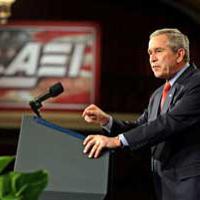 So what is the government saying? As many of the government’s critics have asked, if foreign fossil fuel companies are welcome to lobby for projects and policies in Alberta, how can foreign environmentalists be prevented from advocating for causes in which they believe?

Does Wolf’s tweet represent another Kenney government flip-flop? It is sure to be taken that way by large numbers of Albertans, including many of the UCP’s most loyal supporters.

Or is it merely tacit acknowledgement that Allan has been unable to find any evidence of the conspiracy he was charged with uncovering?

The whole inquiry enterprise, and to a significant extent the UCP’s “Energy War Room” as well, depends on the belief there really is a foreign–funded conspiracy. Otherwise, the inquiry is nothing more than an exercise in bullying and an assault on free speech.

If the UCP is now abandoning this pretence, the foundational narrative that brought Jason Kenney to power has all the substance of a puff of smoke.