It can be difficult to point out the racism that we see around us, sometimes because we’re so accustomed to it that it feels like pointing out that we breathe air, other times because we know that the consequences for pointing out racism can be significant — from interpersonal conflict, to professional sanction, to being kicked out of the House of Commons.

Many members of university communities who name and make complaints about their experiences of racism on campus often find those claims minimized, if not dismissed outright, and go on to experience further racism, sometimes from those very same sources.

University administrations, in response to those who point out racism on their campuses, are often quick to direct folks to anti-racism workshops, often one- to two-hour sessions run by staff from the equity office. Such training sessions are often insightful and prompt useful personal reflection. But unless the result of disciplinary action, this training is voluntary and often the volunteers for it are not the people who likely need it the most.

People who sign up for anti-racism training usually already see it as relevant and are already aware of the fact that we live in a racist society. Yet there’s still no shortage of people who think that we somehow already live in a “post-racial” society or claim that they simply do not “see” race. Such people probably won’t be reached by anti-racism training, even if it’s mandated.

Racism is not merely a matter of individual prejudice. Well-meaning and tolerant people are more than capable of reinforcing racist systems. We can find structural racism in hiring practices that emphasize the intangible idea of “fit,” where hiring committees tend to duplicate their own demographics. We can also find structural racism in standard curricula, where knowledge from certain world regions or traditions is exoticized, treated as inferior, or ignored altogether.

While these systems may have been initially put in place by people with explicitly racist beliefs, they can survive by simply going unquestioned. Confronting our individual attitudes is not enough to bring about much-needed structural change. Rather we must complement this approach with one that also considers the operations of the institution as a whole.

Let’s consider the equity offices that are likely running our training sessions in the first place. Some universities have a vice-president who’s tasked with issues of equity. But in other institutions, the equity office might report to some more general part of the university executive — a reporting structure that disincentivizes, if not prohibits, criticism of the executive by that equity office. Indeed, it implies that the executive is beyond reproach. Without alternative reporting pathways, the executive sends the message that it is above criticism on matters of equity, diversity and human rights.

There isn’t one clear best way to run an equity office, but the processes we currently have are insufficient. A recent Martlet story about a University of Victoria graduate’s unsuccessful attempts to address racism within the administration and their program through existing resources, demonstrates the inadequacies of university structures for dealing with issues of racism. One possibility to address this inadequacy would be to ensure that there’s someone in the upper administration whose mandate involves anti-racism, inclusion and decolonization.

This role might help to balance the fact that the presidents, provosts and vice-presidents in many North American universities are overwhelmingly white. It seems incongruous that the university leadership — writing and endorsing statements about the value and importance of diversity in academia — have done so little about the lack of diversity amongst themselves.

If administrations value diversity for more than the optics or rhetoric of inclusiveness, then one crucial place to strive for it is in their own ranks, among the people with the most power to shape the university’s future. We have the capacity to engage in limited and preferential hires for faculty and staff, but I have yet to see one for a university president, provost or vice-president.

Finally, we should consider the members of the university community who are already engaged in anti-racist work. This kind of work, often informal mentoring, support work, advocacy or activism rarely falls into neat categories of research, teaching or service, through which faculty are evaluated.

Many junior and more institutionally vulnerable BIPOC folks survive through networks of colleagues to whom they entrust with their frustrations and who can provide realistic suggestions about how to navigate difficult situations. If the university is committed to becoming a less racist institution, it must recognize and explicitly value the many forms of anti-racist work its members are already doing by counting it as part of the work that people are credited for. 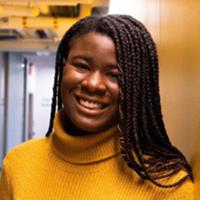 A Campus Newspaper Acknowledges Its Anti-Blackness. What Next?

But if university administrations are making statements about the importance of their institution’s anti-racist scholarship, then the scholars doing that work need adequate support. They need financial resources to create the appropriate infrastructure, so that the faculty who teach and research anti-racism and decolonization are not already overworked through their heavy service loads.

If the demand for this work is that great, then a cohort hire — hiring a cluster of people across the university with a common connection — could be planned for BIPOC faculty, librarians and staff who have expertise in anti-racism. University administrations should ensure that there are permanent staff positions for people whose jobs involve supporting BIPOC students. All these measures would be ways for universities to bring their institutional commitments and resource prioritization in line with their statements about the importance of anti-racism.

The fact is that anti-racism work is just that: work. Structural change does not magically arise from people’s collective good intentions. Universities need to back up their stated commitments to equity with the resources to hire, train and support people with the relevant expertise, just as we are supposed to do in other areas of our academic mandate.