The stories we tell ourselves become the reality of our experience.

Both delusional stories are being served on the Internet with bags of virtual popcorn.

One is the so-called Green New Deal, and the other is Business As Usual, which comes in both liberal and autocratic formats.

Both are actively competing for our attention.

Let’s begin with BAU, which now boasts a variety of populist variations.

At one level or another, we can all understand BAU’s alluring and simple call to restore greatness and order.

Or China’s Hong Kong establishment wondering what’s wrong with those young people in the streets.

Or Emmanuel Macron asking what the hell got into those yellow vest people marginalized by globalization and carbon taxes.

The BAU refrain is simple: trust the status quo and its armies of technocrats, because they’ll make things great again.

The BAU crowd maintains that nothing is really wrong with our failing global economic Ponzi schemes or the broken air conditioning unit that controls the climate.

According to the BAU crowd, there is only one route to greatness: we must deregulate and reduce taxes for the rich in order to promote growth and jobs.

The BAU program also encourages citizens to attack its critics, climate migrants, scientists or anybody else who questions the insanity of its approach.

According to BAU proponents, ungrateful people are making it impossible to achieve its real greatness.

That’s one popular denial narrative, and most of the media tends to parrot it. In a technological society, the media builds consent by serving the powerful.

Climate change poses an “existential threat” to civilization (as if biodiversity loss and exponential population growth don’t), and fossil fuels are the enemy.

It proposes a Second World War-scale mobilization to fix the problem.

Proponents of the GND claim they have a plan to transform the globe’s massive fossil fuel infrastructure into 100-per-cent renewables over the next decade.

In just 10 years, they say, we can pivot (a favourite word for elites these days) to a greener and saner world than the one based on a century of fossil fuel reliance.

The GND movement says it will drive carbon emissions down toward zero with the goal of thwarting rising seas, maverick storms, heat waves and ocean acidification.

In the process, the GND aims to employ lots of people, end poverty, and perhaps racism too.

To appreciate the ambitious scale of the GND, consider the real global energy picture as set out by Tad Patzek, a professor of petroleum and chemical engineering in Texas.

If we divide the days of the year up based on total energy use, he writes, fossil fuels — oil, coal and natural gas — powered the globe for 321 days in 2018. (Fossil fuels provide more than 80 cent of the energy we consume.)

Dams and nuclear power kept the lights on for 15 days.

Renewables or repeatables (solar panels and wind turbines need to be replaced every 50 years or so) only energized the globe for about 29 days. And most of that energy came from biomass or wood burning.

But here’s the thing. According to Patzek, annual increases in the total amount of energy consumed by the world has consistently been greater than electricity production by all solar photovoltaic arrays in the world.

Electrical demand is rising faster than the increase in production from renewables, which explains why fossil fuels have supplied more than 80 per cent of primary global energy demand for decades with little or no change.

So that’s the choice at your local political theatre. BAU promises a magical future, with some robots and drones thrown in. GND sets out energy goals that could only be possible in some sort of Marvel superhero movie.

People are lining up behind these simple narratives because the human brain can’t handle much complexity.

And the real unfolding drama — the collapse of a global civilization founded on a highly material culture created by cheap energy — is not a narrative we want to tell ourselves or our children.

We are wired to deny reality the way warring spouses can steadfastly ignore the absence of love.

Nate Hagens, a former Wall Street wolf and now an adjunct professor at the University of Minnesota, gives lots of talks about things falling apart.

He emphasizes that BAU and GND suffer from the same shortcomings.

They are both energy blind. Neither BAU nor GND, for instance, understand that energy flows underpin economic flows. The more carbon-based energy we use, the more economic growth global civilization experiences.

The less we use, the more our economies contract.

BAU pretends that expensive fossil fuels like fracked oil or bitumen can replace cheap conventional stuff with no global economic contraction. They can’t.

GND pretends that renewables can provide the same quality of energy as fossil fuels with no global upheaval. They can’t.

Both ignore the limits imposed when 7.7 billion human beings are consuming the planet, and the dire consequences for biodiversity. Any way you look at it, overpopulation is part of the problem. But not in the BAU and GND worldviews.

These two battling narratives also fail to take into account the fragility of the global financial system. It is now sustained by low — or negative — interest rates and a fossil fuel industry sustained by cheap credit.

Hagens, of course, offers a different narrative, one closer to the truth.

He says the world is in the grip of energy-consuming amoeba, or what some critics used to call the technological-industrial complex.

The omnivorous blob, a sort of “unthinking, mindless, energy-hungry superorganism,” is autonomous. We are no longer in charge or driving this crazy bus. It has swallowed us.

Every fossil fuel user belongs to the amoeba, just as a starling and its neighbours belong to a murmuration.

Because almost every good and service (and solar panel) starts with a fossil fuel fire, the amoeba can’t really think of a world where power is not consumed vigorously and mindlessly.

And without fossil fuels, the amoeba would shrink and die.

Almost every so-called environmental problem, from deforestation to nitrogen imbalances to vanishing fisheries, is largely a product of the metabolism of the energy-consuming amoeba.

Hagens thinks the world needs a non-partisan conversation about this reality, and about how to prepare for a 30-per-cent drop in energy consumption.

He says civilization has three options: it can muddle on, bend or break.

Muddling is what we are doing now.

No one is talking about bending. That would require dramatic reductions in energy spending and a different way of living.

Breaking is what Margaret Atwood writes about in her science fiction.

At the 2016 World Economic Forum, the historian Ian Morris patiently explained to some of the globe’s elites why civilizations collapse.

The horsemen of apocalyptic collapse — or what the digital crowd might call barbaric disruptors — include uncontrollable migrations of people; novel plagues; failing states leading to much bloodletting; the collapse of trade routes leading to hunger; and climate change.

“It’s hard not to feel that we are now encountering some of the same kind of forces that have traditionally been involved in the fall of civilizations,” Morris said.

But back to Hagen’s amoeba metaphor. It is probably more apt than he ever intended.

Almost 250 million years ago, a microbe called Methanosarcina figured out a new way to capture energy in ocean sediment by eating organic carbon.

But there was an unintended problem.

Methanosarcina farted methane, and that methane changed the chemistry of the oceans and the sky, resulting in a massive die-off of creatures. 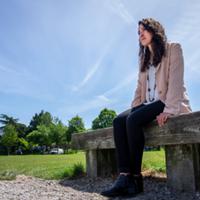 It took about 10 million years for animals and plants to recover from the climate crisis created by a Methanosarcina population boom.

The absurdity of the two competing narratives should now be plain.

The BAU crowd thinks we can grow the amoeba, and all will be great again.

The GND thinks we can green the amoeba and right all that is wrong.

Listening to these two camps trying to clobber each other while denying reality brings to mind a delightful line from an equally absurd scene in the film Dr. Strangelove.

“Gentlemen! You can’t fight in here! This is the war room!”

We’ve begun to experience collapse in all spheres of life. Collapse can be both slow and rapid. It is a series of unending emergencies.

Instead of responding or preparing, we’re cheering on a fight between fantasies.