Do protests constitute a danger to the legitimacy and stability of the political system, or do they foster greater democratic responsiveness? And, most importantly, do protests really create long-term political change?

To answer these questions, you only need to think of some of the greatest achievements of the last century: civil and political rights for people of colour, women, Indigenous peoples, members of the LGBTQ+ community, alongside workers’ rights and students’ rights.

If concerned citizens did not mobilize to demand their rights, the politically powerful would not grant them.

The key to fostering a positive link between protest levels and democratic quality is the openness of political institutions to protesters’ demands and the willingness of protesters to engage with those institutions.

When these conditions are present, protest movements complement or reinforce conventional political participation by offering a measure of direct representation for those who perceive mainstream politics to be unresponsive to citizen concerns.

When governments ignore protesters or attempt to repress them, protests tend to become radicalized and directed against the political system.

We are currently witnessing a global uptick in protest activity, with some of the largest protests in world history. The 2011 global protest cycle, which began with the Arab Spring and expanded to include Europe, Latin America and North America, was the largest and most influential since the classic protest cycle of the 1960s.

The 2011 protest movements for democracy and economic rights offered us a glimpse into the articulation of new issues, ideas and desires that continue to have a profound impact on political contests worldwide.

For instance, in the United States, the conservative Tea Party movement managed to force the Republican party further to the right, leading to the election of President Donald Trump, while the Democratic party has taken up much of the agenda on income inequality of the Occupy Wall Street movement.

Social movement scholarship tells us that those inside the political system resist change, while those on the outside push for change. It takes sustained collective action to really change the world. It also takes a willingness on the part of protesters to engage with the very same institutions that they seek to reform. 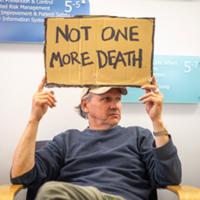 Today, protesters in the advanced democracies are focused on the climate emergency. In Europe, activists from the Extinction Rebellion movement are gluing themselves to public infrastructure to protest against climate breakdown.

In Canada, we are divided over the pipeline issue. In Alberta, the pro-pipeline yellow vest protesters gather each weekend at the legislature in Edmonton to protest the carbon tax. In British Columbia, Trans Mountain pipeline protesters have vowed to stop its expansion.

The upcoming federal election will be a key test for Canada’s climate leadership. Whether the country shifts to the political left or right will determine in large part the nature and direction of climate protests.

Citizens must take on the role of protagonists by demanding and defending their rights, seeking greater social control of their governments, working with the institutions of democracy, and by leading political innovation.

In short, protest is good for democracy. Now get out there and do your part.