The Green Party byelection victory in Nanaimo on May 6 could be called a breakthrough — it is only their second federal electoral victory, and coming days after the near election of a Green provincial government in Prince Edward Island, it shows that increasingly many Canadians are seeing the Greens as a valid alternative. Among those looking seriously at the Green Party for the first time are Indigenous people — who after a litany of disappointments by the Trudeau government, are looking for a new home for their votes.

Rumours are circulating that former Liberal justice minister Jody Wilson-Raybould is considering a run with the Greens in the next election. Before being expelled from the Liberal caucus, Wilson-Raybould was at the heart of that party’s reconciliation agenda. The legitimacy she and other Indigenous candidates brought, together with Liberal promises to Indigenous people, and outreach efforts resulted in the largest Native vote in Canadian history.

Wilson-Raybould’s appearance at Green Party leader Elizabeth May’s wedding on April 22 may be a sign that she is getting ready to do for May in 2019 what she did for Trudeau in 2015.

However, it will take much more than the mere presence of Wilson-Raybould to make the Green Party an appealing place for Indigenous voters, because while some Native people are considering voting Green, it’s clear from their platform that the Green Party has given next to no consideration to Native people or our issues.

Evidence of this lack of care begins with the Green Party’s “foundational policy document” — Vision Green. Vision Green contains six sections, with titles like “The Green Economy” and “The Planet Needs Canada.” In their “People” section, there is a subsection titled “Rights, respect, and dignity.” In that subsection, between the subsections on LGBTQ rights and access to education policy, there are the Green Party’s views on Indigenous Peoples.

Though Vision Green was the document the party ran on in the most recent byelection, Elizabeth May is clear that “Vision Green is not an election platform” because “It is both too lengthy and detailed for an election statement of priorities.” It is safe to say this is the definitive, most well considered, and comprehensive look at what the Greens believe and propose to do for Canada.

Looking carefully at it, the first thing you notice is how dated it is. Parts of the document’s Indigenous policy date back to former Green Party leader Jim Harris’ 2006 election platform — in fact parts are cribbed word-for-word from it. Among those items recycled from Harris’ platform is a reference to “First Nations, Inuit, Innu, and Métis” peoples. This is a jarring mistake because the Innu are a First Nations people whose name sounds similar to “Inuit” — a people who are different and separate from First Nations — but who are never otherwise listed next to First Nations, Inuit and Métis as a separate category in their own right. Confusing the two betrays a lack of care given to this policy — as does the next thing you notice about Vision Green’s statement on Indigenous people — the numerous typographic and spelling errors.

Throughout, the party inconsistently uses Métis with and without an accent, capitalizes the words ‘Native’ and ‘Indigenous’ seemingly at random and makes spelling errors, as with the name of what they call the “T’sicoltin” decision (the correct spelling is Tsilhqot'in).

Far worse than such offences to grammar are the party’s actual proposals for Indigenous people. They come off as well-meaning, but with no grounding in reality.

Among those policies is a promise to “set a date for the Repeal of the Indian Act, ideally in less than 10 years, to allow all nations and interested parties to prepare.”

No one likes the Indian Act, but asking First Nations governments to prepare policy and bureaucracy to do the job of every single part of it in less than 10 years is asking for the impossible. Such an imposition would, in an instant, require 600-plus bands with populations ranging from a few dozen to a few thousand to create inheritance policy, land codes, taxation regimes, membership codes, human rights regulation, conflict resolution policies, election codes, public housing authorities, education authorities, child welfare authorities, fish and game regulation, agricultural regulation, and on and on and on.

And First Nations are to do this while also participating in other Green Party proposals, such as the one to “review all existing federal policies on self-government,” negotiate expanded hunting and fishing rights in all ancestral lands, work on policies to respect gender equality, and develop new educational curricula.

These errors, typos, contradictions, and ill-considered proposals make up the Green Party’s policy for Indigenous people. It makes you wonder if any Native person has ever seen this policy.

Surely their long-serving Indigenous Affairs Critic has. Her name is Lorraine Rekmans. She has served as the party’s Indigenous/Aboriginal Affairs Critic since 2008. Her Twitter biography is brief and evocative of her party’s Indigenous Policy. It says, in full: “Fill this in.” Elsewhere though, her biography is more substantial, if a little confusing as to her Indigenous roots. She told The Tyee, “I identify as being of Algonquin descent. I am Algonquin and French. I am a band member of the Serpent River Band of Ojibways. I also say I am Anishinaabe.” In any case, she has made some impact on party policy over the last decade — the RCAP commitment was introduced by her.

It’s an open question as to what impact current Green Party leader Elizabeth May has had on her party’s Indigenous Policy. A review of her statements and activity in parliament seems to show little engagement on Indigenous Affairs.

Canada’s parliamentary website records the number of times each MP speaks on a subject while in committee. It shows that in the current parliamentary session, May has spoken about Indigenous peoples just five times. She has more comments on the Indigenous Languages Act. Compare that to her 11 comments on New Zealand, 25 comments on corporate governance, 357 on electoral reform. Her public statements and news releases show the same trend.

Whether as a consequence of their leader’s disinterest or as cause of it, the Greens have done very poorly in ridings with high Indigenous populations. Of the 20 ridings with the greatest proportion of Indigenous residents, the Greens came in fourth or fifth place in all but one. That one exception was Labrador (home of the Innu, coincidentally) — one of only a handful of ridings where the Greens chose not to run a candidate.

If we are to take the Green Party seriously, then we should be deeply offended by their failure to come up with a credible Indigenous policy, or to subject their current policy to so much as a basic copy edit.

Add to that the power over band governments that comes with administering the Indian Act, and federal elections affect nearly every service Native people get from government, from education and health care, to housing and jobs.

Federal parties have a moral obligation to have a thorough and well-considered policy for Indigenous peoples; in fact, I would argue that so long as they choose to deny Native people self-government, they should have a separate platform just for us and our concerns.

In the last federal election, the Liberals led the field in having a comprehensive plan for Indigenous people, but other parties had something to present too. The Conservative Party had 20 different mentions of Indigenous people in their platform, including a three-page section with specific policy proposals for First Nations — with measures on language, school construction, and property ownership. The Conservative platform was hated by many Native people, and Andrew Scheer’s failure to distance himself from it and the Harper years earned him boos at the AFN’s chiefs’ assembly. But it was enough to win their party seven out of the 20 seats with the highest proportion of Indigenous voters — the same number of seats won by the Liberals.

The NDP platform equaled the Conservatives’ with three pages on Indigenous Affairs. That, with strong pro-Indigenous voices like Romeo Saganash and Niki Ashton, helped win the party four of the 10 seats with the highest proportion of Indigenous voters.

Each of the three major parties took Indigenous Affairs seriously enough to come up with plans which include consistent, costed, and specific plans for Native communities. The Greens did not.

During the 2008 election, Elizabeth May’s first as leader, I was involved in uncovering an early version of what is now called a “bozo eruption” within her party. That discovery led to the dismissal of a Green Party candidate, and ultimately a libel case by the former candidate that sent Elizabeth May before the BC Supreme Court. The case was dismissed in one of the first tests of the responsible communication defence.

Following that discovery, I decided to look at other candidates for the party. Some were credible but many were arguably misplaced from the Rhino Party. It was clear that May inherited a mess. But looking at the party’s candidates in 2015, it’s clear that May cleaned up that mess and was able to field a competitive slate of high-quality candidates. In 2019, with power and influence on the table, and the possibility of a national leader like Wilson-Raybould joining, she’ll undoubtedly do even better. When they put their mind to it, and it is something they see as important, the Green Party can improve. 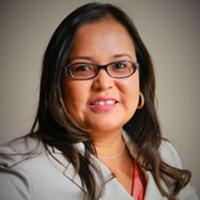 That level of change is what is needed with their Indigenous policy. And it shouldn’t just change because the Greens may want to win Native votes. It should change because if they are to be an important voice in federal politics, they must respect the moral duty they have to pay attention to the special relationship they will have with our peoples.

If the Green Party wants to have a chance of being taken seriously by Indigenous people, it needs to take us seriously. Jody Wilson-Raybould would be a big part of this, but the actions, words and policies put forth by Elizabeth May must be the biggest part. It’s not enough for the Liberals and NDP to fail for the Greens to take Native votes by default.