The Index estimates “An estimated 40.3 million men, women, and children were victims of modern slavery on any given day in 2016. Of these, 24.9 million people were in forced labour and 15.4 million people were living in a forced marriage. Women and girls are vastly over-represented, making up 71 percent of victims.”

According to the Index, North Korea is the world’s most enslaved country: 2.64 million slaves in a population of 25.2 million. Eritrea is number 2; a Vancouver-based mining company, Nevsun, is fighting a lawsuit charging it with complicity in the use of forced labour to build Eritrea’s Bisha mine.

And Canada? We rank 166 out of 167 countries. Only Japan has fewer slaves than we.

But we do have slaves. According to the Index, “on any given day in 2016 there were 17,000 people living in conditions of modern slavery in Canada, a prevalence of 0.5 victims for every thousand people in the country.” That includes domestic human trafficking of Canadian citizens, “primarily for the purpose of sexual exploitation.” It also includes seasonal farm workers and foreign caregivers. Forced marriage (with lifelong unpaid labour) is another form of Canadian slavery, with girls and young women the vast majority of cases.

We mostly benefit from slave labour through the pipeline supplying cheap goods from slavery-friendly countries. In the great tradition of supporting our sweet tooth with forced labour, we import a quarter-billion U.S. dollars’ worth of sugar cane from Brazil and the Dominican Republic. Slavery in the cocoa-growing countries of Africa is so common, some chocolate bars are marketed as slavery-free.

We also buy over US$4.5 billion worth of clothing produced by slaves from Argentina to China to Vietnam, US$1.5 billion in slave-dug gold from Peru, and almost half a billion dollars’ worth of slave-caught fish from at least eight different countries.

And while we fret about the fentanyl and other opioids we import from Asia, our real addiction is to Chinese and Malaysian electronics: US$7.6 billion worth of laptops, computers, and mobile phones. So when you gave your kid her own tablet for Christmas, the last person who saw it may well have been a young Chinese worker who is still alive only thanks to a factory suicide net preventing him or her from ending it all.

Deceiving ourselves with euphemisms

If we still talked about “slavery,” we would understand the situation better. But we prefer terms like “human trafficking,” “seasonal workers,” and “forced marriage,” which are just euphemisms for coercing people into doing what they don’t want to do, while paying them little or nothing.

And it’s the negligible price of slave labour that makes it useful in any business plan to supply cheap goods. As the freedom-loving American revolutionary Patrick Henry once said: “Would anyone believe that I am master of slaves by my own purchase? I am drawn along by the general inconvenience of living without them.” 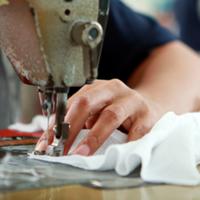 We also find ourselves in an ethical dilemma: if we freed our own slaves and traded only with slavery-free countries, they too would have to avoid trading with slave-reliant countries. Such countries don’t exist. We would be reduced to trading only with Heaven, assuming the angels were willing to trade with us despite our other sins.

This is not to condone slavery, only to recognize that it is a political fact of life around the world. Governments like Canada’s can promote anti-slavery discussion papers, and try to discourage its grosser forms, but if any government seriously attacked slavery it would soon be ousted: the public is more likely to be outraged over the price of a chocolate bar than over the exploitation of the children who helped produce it. Like Patrick Henry, we dislike the general inconvenience of paying for free labour.

Those of us who really detest slave labour must impose more labour on ourselves, to identify the sources of the goods we buy. Visiting websites like End Slavery Now, Not For Sale and Freedom United can provide some sense of the scale of the issue, and offer ways to fight it.

But only when enough Canadians refuse to make slavery profitable will the government at last take steps to erase it forever.