As the uproar began last week, Tory MP Michelle Rempel, shadow minister for citizenship and immigration, tweeted a thread paying lip service to human rights issues like the imprisonment and flogging of Raif Badawai and jailing of his sister Samar and blasting the Liberals’ “inconsistent” approach to human rights advocacy.

At the same time, shadow foreign affairs minister Erin O’Toole was tweeting: “My view is that a disconnect between our countries arose because of the use of Twitter as a substitute for proper diplomacy by the Trudeau government. Serious diplomacy requires effort. The Prime Minister and Minister should advocate face to face on issues and not by hashtag.”

That was just the warmup. The Guardian ran a piece on Saturday with a photo of a solemn Justin Trudeau and a mournful headline: “We don’t have a single friend.” Those weren’t Trudeau’s words; they were a quote from Rachel Curran, who used to be Stephen Harper’s policy director. She went on to say: “…in the whole wide world.”

“Former Canadian Foreign Minister John Byrd [sic] expressed concern on Saturday at the deterioration of relations between Canada and Saudi Arabia, pointing out that Canada has always been a friend and ally of the kingdom.

“In an interview with Al Arabiya news channel, Byrd said that the current government in Canada adopted a policy that has reached this level of tensions due to tweets.

“The former Canadian foreign minister said that there are common interests between us, such as the battle against Iran’s expansion in the region as well as the Muslim Brotherhood, in addition to ISIS.

“He stressed that Canada should not adopt a position against an ally and friend. He felt that differences of views must be discussed between leaders or foreign ministers in persons and not through sending out tweets. The former official stressed the need for direct talks through the Canadian Prime Minister Justin Trudeau visit to Riyadh to meet with King Salman and Crown Prince Mohammed bin Salman.

Baird should know that while Canada and Saudi Arabia co-operated during the first Gulf War, and have had generally positive relations, they are certainly not formal allies — least of all after the Saudi overreaction to the tweet heard around the world. He also ought to know that ex-politicians have no business supporting the opposing side in a spat like this one.

Least of all when the opposing side is energetically lying. Saudi media (totally controlled by the House of Saud and 169th out of 180 nations in the Press Freedom Index) have been reporting that Canada is one of the world’s worst oppressors of women, that Indigenous Canadians are treated as badly as the Rohingya, and that Canada supports international terrorism.

Siding with the beheaders

The Conservatives, if they were consistent, would have held a quiet face-to-face meeting with Trudeau and his cabinet to chew them out in private and then work out a united-front response to the Saudis. Instead, they’ve sided with the kind of government that beheads and crucifies criminals, and oppresses women and Shia Muslims. 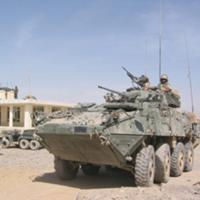 As for meddling in other countries’ internal affairs, the Saudis are past masters. As The Economist recently observed, “Since 2011 they have helped quash an uprising in Bahrain, backed a coup in Egypt and detained Lebanon’s prime minister.” Not to mention blockading Qatar and turning Yemen’s civil war into a humanitarian catastrophe: over a million cholera cases, a shattered health care system, the risk of famine for millions, and just recently an air strike on a school bus that killed at least 40.

Granted, Canada hasn’t been too consistent in its foreign policy either, but we put up with a lot of Saudi misbehaviour for that sake of international tranquility and that nice big contract for building Light Armoured Vehicles for the Saudis. It might be hypocrisy, but politics — both international and domestic — obliges us to deal with people we can’t stand. And smile about it.

But now both international and domestic politics are undergoing a dramatic and disturbing change. With the advent of Donald Trump, the network of alliances and ententes that has held the world together since the 1940s is disintegrating. Under Trump it’s every country for itself. In that sense, Rachel Curran was right in saying “We don’t have a single friend in the whole wide world.” In Trump’s world, like Charles De Gaulle’s, “Nations have no friends, only interests.”

Tories like Curran, O’Toole, Rempel, and Baird appear to have sized up this new political landscape and decided to settle down in it. Accepting national solitude, they’ve also chosen domestic partisan solitude and abandoned any thought of national solidarity against outsiders. For a possible political gain, they’re willing to side with the Saudis and become Her Majesty’s disloyal opposition — making a mockery of Rempel’s pieties about supporting human rights.

Now the question is whether the Liberals and New Democrats will go along with Trump’s war of all against all, internationally and domestically. The old world order had plenty of flaws. The global anarchy is likely to be far, far worse.