On April 24, 1932, 500 young workers trekked uphill toward Kinder Scout, the tallest of the hills in England’s Peak District.

The plateau was posted against trespassing — locals called it “the forbidden mountain.” Gamekeepers hired by landowners and armed with clubs caught wind of the trespass and waited near the top.

Five of the “ramblers” were arrested by police. But the walkers had successfully crossed a milestone. From that day, laws slowly began changing: The ancient English right of public access to, and responsible use of, private lands was returning to the people.

Canadians (outside Quebec) are heirs to the British system of common law. Parallel to the British experience, there also existed in Canada a population that freely hunted, fished and traversed territory they considered a “commons.”

But in a series of events not entirely dissimilar from the violent enclosures in England, Scotland and Ireland, the historic denizens came to be considered undesirable to landowners embracing new forms of market economy. They were forced from their homes through starvation and by outright acts of bloodshed and terror, expulsions sanctioned by courts and reinforced by acts of Parliament.

In 2015, together with Prairie historian Hugh Henry, I walked the 350-kilometre North-West Mounted Police Patrol Trail from Wood Mountain to Cypress Hills, Sask. The 19th century trail was used by Lakota warriors. James Morrow Walsh of the NWMP rode the trail more often than anyone before or since, as he tried unsuccessfully to get his superiors to accept Sitting Bull’s stay north of the “Medicine Line.”

In 2017, we walked the Swift Current to Battleford Trail, used by Métis traders, Big Bear, and Col. William Otter and his troops in the 1870s and ’80s. We crossed land near where Colton Boushie had been shot by Gerald Stanley only the year before our walk.

Our group included First Nations and Métis hikers and the Catholic archbishop of Saskatchewan. Again, we were led by Hugh Henry of the Saskatchewan History and Folklore Society and walked with the permission of local landowners.

In June 2018, on a grant from Concordia University’s Part-Time Faculty Association, I walked the Kinder Trespass Route to research the 1932 English trespassers. Although different in history and geography, there is a link between these trails and pilgrimage routes I’ve walked in Norway, Scotland and Iceland. That link is public use.

In her book Wanderlust, Rebecca Solnit states, “Walking focuses not on the boundary lines of ownership that break the land into pieces, but on the paths that function as a kind of circulatory system connecting the whole organism. Walking is, in this way, the antithesis of owning.”

The curse of barbed wire

My grandparents were settlers. The heirs of settlers still benefit from the government’s promise of “free” land, a promise conveniently omitting the takeover and clearing of Indigenous territory. I recall my father speaking of Métis families he knew who lamented the coming of barbed wire because it changed their ancestral patterns of movement across the Prairies.

The Canadian plains are divided at one-mile intervals by roads called “grids,” but as we discovered time and again by walking, the historic trails follow geographic features while ignoring lines of ownership.

Lawyers defending Gerald Stanley referred to a man’s impulse to defend his “castle.” It is against that colonizing impulse that the social transformation of Canada’s majority society must take place.

A plaque commemorating the 1932 Kinder Trespass is affixed to the wall of an old stone quarry at the head of the trail in Hayfield.

For the most part, landowners and walkers now live comfortably with each other. Ramblers close gates behind them when entering areas with livestock; landowners provide turnstiles to traverse fences easily and occasionally allow access through their yards. Studies have shown that access to green space, such as happens with the right to roam movement, aids mental health, environmental awareness and social cohesion.

The trespass itself has entered British pop culture. Brits are proud of what they now call “the right to roam” and the Scots “the right of responsible access.”

Canada is hardly the United Kingdom. There is no rambling movement and perhaps no one in Sudbury or Saskatoon trying to escape the grimy factory life of 1930s Sheffield or Manchester.

But there are historic trails. They deserve access; keeping their memory alive will require public interest. And Canada has an important issue that British landowners and ramblers never faced — the question of Indigenous treaty rights and First Nations access. 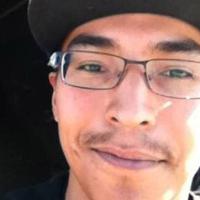 Ken Ilgunas is a long-distance walker and a rare voice advocating the “right to roam” in the U.S. However, Ilgunas appeals primarily to early settlements and to the that country’s Founding Fathers for reasons why public access is both historic and important. I believe the precedents for a North American “commons” come even earlier than that, in the relationship between Indigenous peoples and the land.

I am in no way suggesting First Nations should be content with the “right to roam.” Canadians must live up fully to the treaties and continue to implement the findings of the Truth and Reconciliation Commission.

However, as a settler-descended academic, I’m suggesting changing our own non-Indigenous culture, with an eye to our own past, to help prepare for the more fundamental changes needed to rectify the many wrongs committed against Indigenous peoples.

Recent tensions between farmers and First Nations in the Canadian West have focused on narratives of trespass. Indigenous scholars and commentators challenge others to “invert the intrusion narrative.” Bringing the “right of responsible access” to Canada could be one small step toward doing this.