Vancouver city councillor Hector Bremner’s scorched earth attacks on the right-of-centre Non-Partisan Association for jilting him in his bid to get their mayoral nomination is bringing joy in some circles. It is the first break the left-of-centre parties have had as they stumble towards a coalition before next October’s municipal election. And up to that point it was an election the NPA looked like it could have handily won.

The puppet master directing Bremner’s petulance, by the way, is Mark Marissen. He’s Christy Clark’s ex and a major federal Liberal back-room guy. He helped Paul Martin get the prime minister’s job and Larry Campbell get his Senate appointment.

The degree to which the left was shattered was apparent in the results of last October’s byelection where four left-of-centre groups put up candidates only to be defeated by the NPA’s Bremner with a paltry 27 per cent of the vote. In fact, given the divided state of the left, the NPA could have put up a baked potato and won. And at this point I’m sure there are many in that party who wished they had. You would have to go back a few years to figure out how that fracturing on the left happened on the way to appreciating whether or not it will still prove fatal next fall.

The first obvious rupture took place when COPE won its majority with Larry Campbell as mayor in 2002. But the more doctrinaire members of that crowd led by Tim Louis went on the attack against their moderate partners — Campbell, Raymond Louie and Jim Green — even before they were sworn into office. Before it was over, we had a group called “Friends of Larry” which morphed into Vision. But not before losing the next election.

Years later Tim Louis’s dictatorial approach to politics would lead a split in COPE resulting in a more moderate, youthful OneCity which now holds one spot on the school board while COPE is nowhere to be found.

In fact, while Jean Swanson, who came second in the byelection, has been a long-time COPE member, she avoided that toxic label on the ballot by choosing instead to run as an independent with COPE’s endorsement.

The Greens represented by Adriane Carr on council and the top vote getter in the last election have been a rising force in the municipal scene. With both Vision and the NPA slipping in the polls, Greens now hold the chairs at school board and park board.

Vision with Gregor Robertson in the mayor’s chair has declined at the polls since its first victory in 2008. Last time out Vision lost the majority at park board and school board. And they only really cozied up to Carr when they needed her because they lost the super majority required to approve grants on city council. Vision was finally weakened by a combination of two factors: Robertson’s refusal to announce he was stepping down until far too late, while we saw members of his caucus and his party head off to other things. And that certainly included the rush to Victoria by former councillor Geoff Meggs and a number of back-room folks to join the newly formed NDP government.

As a result the Vision label has been stained, perhaps permanently.

There is still some hope an accord can be struck amongst the left-of-centre parties in conversations being conducted this week by the Vancouver and District Labour Council to cut a deal on dividing up the ballot among them. But even then they are not out of the woods.

As for the mayor’s slot, the initial proposal to run an “independent” all parties could live with has now been frustrated by Vision’s announcement it will run its own candidate. That after Shauna Sylvester’s bid for the job failed to draw any of the parties’ support. Carr will insist if she runs it will be as a Green candidate. 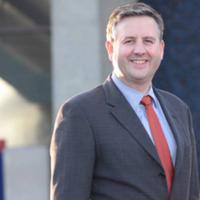 The folks backing NPD MP Kennedy Stewart’s announcement last week to run as an independent mayoral candidate have divided loyalties. They were waiting to see what Vision Coun. Raymond Louie wanted to do. Although he announced last Friday that he was not seeking a mayoral bid, he would certainly have been the most experienced and competent person to try for the job.

That crew is also in a battle with another crowd in Vision’s back rooms. Robertson’s former chief of staff Mike Magee, pollster Bob Penner and Coun. Andrea Reimer are expected to be in support of an announcement today when respected and experienced hereditary chief of the Squamish Nation Ian Campbell announces he will seek the Vision nomination for mayor.

They bitterly explain that Stewart and his backers knew Campbell’s announcement was coming and just jumped in ahead of that to gain an advantage.

At this rate and with Hector Bremner still hoping to inflict damage on the NPA, the left could be considered a group that never missed an opportunity to miss an opportunity.