First, Canada rejected a U.S. proposal in the renegotiated NAFTA that would ban "front-of-pack" labelling of foods unhealthily high in salt, fat or sugar.

It's a good thing it did. At the same time, a new study found that Canadians packed on a lot of pounds after signing a free-trade deal with the United States in 1989.

Both developments speak to the importance of governments protecting their ability to regulate for public health purposes when negotiating trade treaties. Let's look at the new study first.

Using a robust "natural experiment" design, researchers looked at changes in what's known as calorie availability in Canada after it signed the 1989 Canada-U.S. Free Trade Agreement, a deal that was the prototype for NAFTA a few years later, when Mexico joined.

"Calorie availability" is a measure used by the United Nations Food and Agriculture Organization as a proxy for overall food consumption. Between 1989 and 2006, the study found that Canadians' per capita daily calorie intake went up by 170, equivalent to an average weight gain of between 1.8 and 12.2 kilograms over those seven years.

Much of this increase was the result of a surge in imports of U.S. processed foods and U.S. investment in the processed food industry in Canada, almost certainly contributing to the doubling in Canadian obesity rates over the same time period.

Countries in the Organisation for Economic Co-operation and Development (OECD) that did not have free-trade deals with the U.S. recorded much lower increases in calorie availability.

Other studies have found similar unhealthy food outcomes when countries enter trade or investment deals with the U.S. Examples include increased sugary soft drink consumption in Vietnam and a spike in high-fructose corn syrup sweeteners in Canada (adding an extra 42 calories per day) following NAFTA's full implementation in 1998.

Which brings us to the present NAFTA renegotiation.

One of the ways public health officials are attempting to shift behaviour away from energy-dense and nutritionally poor foods is to use warning labels.

Chile, facing its own obesity epidemic, was the first country to legislate such warnings to go on the "front of the pack" where consumers can clearly see them, indicating with a simple and easy-to-understand black stop sign when foods are unhealthily high in sugar, fats, salt or calories.

The Chilean food industry fought this legislation for several years. Several countries, including the U.S. and, under a previous government, Canada, challenged the regulations at the World Trade Organization (WTO), questioning the scientific evidence that such labels are necessary or suggesting consumer education campaigns instead.

These WTO challenges succeeded in delaying and somewhat weakening the new labelling rules, but Chile forged ahead in enacting its new law in 2016. Other countries facing similar obesity health challenges, such as Peru, Brazil and Mexico, looked on favourably.

Canada wants to warn citizens, too

Then came Canada's decision to consult on four different designs for its own front-of-pack labelling.

Although not as comprehensive as Chile's labelling laws (which include calories, something Canada might want to consider given the new calorie availability study), Canada is poised to become the second high-income country to graphically warn its citizens about foods they should think twice about before consuming.

American trade officials are already upset with Chile's laws. The U.S. processed food industry instead promotes its own voluntary - and confusing - labelling scheme.

If Canada succeeds in its own new front-of-pack labelling initiative, this could incentivize other countries to follow suit, setting in motion a global cascade similar to what occurred with cigarette packaging - from simple warnings, to stomach-churning photos, to plain, nondescript packaging.

The extent of the opposition to Chile's law suggests the processed food industry is deeply fearful that such labels just might work, and that sales of their profitably unhealthy "foods" may start to fall.

It was not surprising, then, when U.S. Trade Representative Robert Lighthizer confirmed publicly last month the rumour that the Trump administration wants Canada and Mexico to agree to ban front-of-pack labelling in a renegotiated NAFTA, arguing that national food labelling is "protectionist."

While national food labelling would pose additional costs to U.S. exporters shipping their packaged foods to countries adopting such rules, the only thing being protected by banning it would be the financial interests of the American processed food industry. 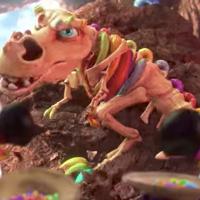 The Fight to Turn Off Junk Food Ads Aimed at Kids

An international food labelling system would make things easier, but countries have so far been unable to agree on regulations that would protect the health and well-being of their citizens. And would we really want it to be one "made in America" anyway?

So it was a relief to hear, as news of the Trump administration's efforts to bully Canada and Mexico into an unhealthy NAFTA submission went international, that Canada's chief NAFTA negotiator, Steve Verheul, stated that Canada will not agree to any such labelling ban.

Fittingly, Verheul made his remarks on the same day as the study about the Canada-U.S. calorie-surging trade deal in 1989 was made public.

If Canada holds firm to this and resists any further threats of tariffs and arm-twisting by the U.S., we'll be performing an important service for the rest of the world.

We'll be signalling that the ability of governments to introduce new public health regulations should not, and will not, be traded away.