“Fight stigma” has become the banner slogan in directing Canadians how to respond to mental illnesses. It’s used as a motivation for the recent attacks on provisions in the BC Mental Health Act. It’s a major focus for Bell Canada’s annual, national “Let’s Talk Day,” coming up Jan. 31. There is even a research chair, the Bell Chair in Mental Health and Anti-Stigma at Queens University. It all sounds good. But from the perspective of a parent of a daughter with a serious mental illness, it is almost all misguided.

Flawed notions about stigma and mental illness are underlying proposed changes to B.C.’s Mental Health Act (MHA). These changes would mean that people who are considered a danger to themselves or others could still be involuntarily committed to a hospital as inpatients. However, they would now be able to refuse treatments like the use of anti-psychotic medications. The proposed changes to the MHA were introduced by the Community Legal Assistance Society; the plaintiffs are the Council of Canadians with Disabilities and two individuals who were treated against their will.

These changes are seen as dangerous by many families like mine, who have a family member with a psychotic disorder. We have seen how helpful the existing legislation has been in ensuring people aren’t left trapped in psychosis.

Supporters of these changes cast their arguments in terms of human rights, social justice and the fight against stigma associated with mental illness. Lawyer Melanie Benard of the Council of Canadian with Disabilities says that B.C.’s current Mental Health Act is “reinforcing harmful stereotypes that equate mental illness with incapacity.”

Similarly, UBC JD candidate Mark Iyengar maintains in a recent op-ed that opposition to the proposed changes focuses “on the inability of those diagnosed with mental illnesses to make rational decisions” and that this reflects “stigmatizing attitudes that our society has been fighting for years.”

None of the people arguing for the proposed changes acknowledge or discuss anosognosia, a brain-based inability of many people in psychosis to understand that they are ill. In recent articles supporting B.C.’s current Mental Health Act, Bryn Ditmars and Peter Dawe describe what it’s like to be psychotic and unable to differentiate between what is real and what isn’t. They aren’t presenting themselves as people who are unable to make rational decisions when they have been treated and are no longer psychotic. They are advocating for maintaining the legislation that allowed them to resume their lives.

The notion that involuntary treatment is stigmatizing is reinforced by Canada’s most prominent anti-stigma academic, Heather Stuart, who holds the Bell Mental Health and Anti-Stigma Research Chair at Queen’s University. In a recent article, stigma while avoiding directly opposing involuntary treatment, Stuart writes that viewing people with schizophrenia as more dangerous and unpredictable makes it easier for the public to limit their civic and human rights. She doesn’t mention the research that people with untreated severe mental illnesses are actually more violent. She also doesn’t discuss how their unpredictability in a world they no longer understand leads to high rates of incarceration. This is an important issue that human rights activists need to focus on.

Stuart’s ideas are easily used to dismantle legal safeguards for people living with psychotic disorders. Stuart’s article also promotes ideas that hurt these people in other ways. She presents stigma as the major barrier to people seeking treatment. Stuart never mentions anosognosia. People who don’t understand they are psychotic have no reason to agree to treatment. I have been unable to find any article where Stuart acknowledges the existence of this condition, no less educates the public about it. People with schizophrenia or bipolar disorder benefit when the public understands that disturbing behaviour others may have witnessed when they were experiencing the psychotic component of their illnesses was not freely chosen. This understanding can reduce stigma.

There are other problems with Stuart’s ideas. Although Stuart is perfectly positioned to advocate for improved public education about severe mental illness, she doesn’t. Instead, she cites literature that claims that providing factual information in educating the public about mental illnesses creates stigma. Stuart only promotes education that focuses on good stories about people who have done well despite a mental health problem.

Stuart doesn’t utilize or promote the Canadian research by Dalhousie psychiatrist Dr. Stan Kutcher. His program for educating students about both mental health and about mental illnesses has demonstrated that, besides increasing knowledge and help seeking behaviour, this education reduces stigma.

Some of the facts available in the NIMH resource are about cognitive losses associated with schizophrenia. NIMH’s research has demonstrated that cognitive losses are a major factor in the ongoing disability of this population. These losses include difficulties with short-term and working memory, concentration, problem solving, judgment and social skills.

Although medications help most people manage psychotic symptoms, they don’t improve cognition. For many years, NIMH has been funding research into developing evidence-based cognitive remediation programs to address these problems. Unlike many other countries, Canada has yet to implement these kinds of programs. In fact, Canada fails to educate clients, families, educators, the public and most clinicians about these serious cognitive difficulties. And it’s hard to imagine that someone struggling with cognitive losses is going to suddenly transcend them after hearing a story from someone who doesn’t have them and is thriving. In fact, education that just focuses on positive stories leads the public to think that people with severe disabilities should just try harder. Why should we improve underfunded mental health services if the problem is people not wanting to help themselves?

There are other ways that Stuart’s article supports beliefs that hurt people living with the most severe mental illnesses. For instance, Stuart argues that self-stigma is the big factor limiting people’s social interactions. She doesn’t acknowledge that the loss of social skills in schizophrenia is a well-recognized component of the cognitive losses that are a common part of the illness. Publicizing this information could lead to the wider implementation of evidence-based social skills training. These programs retrain people to notice, understand and change the specific difficulties they often have developed in, for instance, recognizing facial expressions.

Some feel that acknowledging cognitive problems promotes stigma. Stuart should be confronting those arguments instead of leaving it to families to advocate for the kinds of services that are needed.

Stuart writes that structural stigma prevents people with a mental illness from getting jobs. People with schizophrenia do have a very high rate of unemployment. But focusing on stigma as a root cause ignores the real issues limiting people. The kinds of cognitive losses described earlier can make most jobs impossible. Not acknowledging and addressing these factors leads to the awful situation my daughter experienced. A contracted agency in Vancouver supplies various supports to people with mental illnesses; for many years this included assistance in getting access to supported volunteer opportunities. Once the local health authority adopted the Recovery Model, which includes the kind of minimizing of mental illness symptoms that Stuart’s policy recommendations promote, the agency dropped the program that helped my daughter. The new thinking assumed that once people turn 30, they should only receive help in obtaining paid employment.

As the Bell Chair in Anti-Stigma at Queens University, Stuart ends her article promoting Bell’s Let’s Talk website. Bell’s annual Let’s Talk Day, which is coming up Jan. 31, has been extremely helpful in funding numerous programs that benefit people with all kinds of mental illnesses including those that are severe. Stuart suggests we go to the Let’s Talk website so that “we can learn and understand the signs of mental illness and know how to respond to them.” However, it’s just this kind of information that is unavailable on the website and hard to locate on its links. In order to really talk about mental illnesses, the public needs easy access to essential information.

Failure to provide easy access to information is dangerous. It leads to delays in getting necessary treatment; prolonging the duration of untreated psychosis leads to worse outcomes.

Stuart and others interested in helping people with these illnesses should move beyond the limiting notions the prevailing anti-stigma rhetoric and policies have promoted. They should work to improve, not thwart, public mental illness literacy programs. They should ensure that clients, families, clinicians, educators and the public learn about the cognitive losses associated with schizophrenia and they should work to bring in the evidence-based cognitive remediation programs that Canada lacks. They should work to ensure that all programs training mental health clinicians require science-based curriculum on psychotic disorders; shockingly, many don’t include this vital information. They should be opposing the ever-increasing use of taxpayer-funded services to promote anti-psychiatry beliefs among people with mental illnesses. 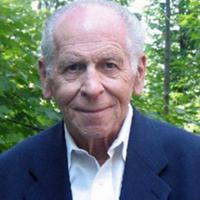 People wanting to help those living with psychotic disorders should acknowledge that the rise in untreated mental illnesses leads to victimization, homelessness, addiction and incarceration. They should work to ensure, not oppose, the availability of treatments that some people are too ill to know they need.

Current anti-stigma strategies keep the public ignorant about severe psychotic disorders. We then see institutions failing to implement programs that are needed, and we witness social justice organizations promoting policies that are harmful. The painful irony is that flawed approaches result in the public having more disturbing contact with people with untreated mental illnesses and this kind of contact leads to more stigma.