Donald Trump is a very stable genius — he said so himself. The mental state of the president has been a hot topic recently with the release of a White House tell-all book alleging those closest to the most powerful man on earth apparently refer to him as a “fucking moron” and “dumb as shit.” Others fear for his grasp on reality, calling him demented or delusional.

Amusing as such partisan gossip can be, there is an important issue separate from the president’s intelligence or sanity so far largely ignored in the public debate on his mental competence: Is Trump empathically capable of acting on behalf of others? Is Donald Trump a sociopath?

Empathic impairment is a condition most commonly known as either psychopathy or sociopathy. The current and more broad definition in the DSM-5 — the American Psychiatric Association manual of mental disorders — is antisocial personality disorder. Other terms in circulation include malignant narcissism.

The legal issue at play here is significant. Trump, like all other elected officials, acts in a fiduciary role — he is legally required to act in the best interests of others, not himself. As the most powerful man in the world with authority to launch a nuclear strike, he carries perhaps the highest possible fiduciary responsibility.

Sociopaths are neither crazy nor necessarily violent, as so often misrepresented by Hollywood scriptwriters. Likewise, they typically possess normal intelligence. The one superpower sociopaths do possess is an emotional deafness that allows them to act with a shark-like self-interest beyond the moral bounds of even the most hardened normal humans. People with this frightening condition can act without conscience, effortlessly lying to manipulate those around them.

So how can someone with severe empathic impairment act in a fiduciary role?

Many occupations have basic physical requirements. Someone who is legally blind cannot become a commercial airline pilot. Body tremors would preclude someone from becoming a brain surgeon. Why do we ignore the emerging science around empathic impairment in the context of fiduciary duty?

Some U.S. health professionals have taken a public stand on the thorny issue of the mental state of the 45th president. A 2017 book from a coalition of concerned scientists titled The Dangerous Case of Donald Trump features assessments from more than two dozen mental health experts on his fitness for office.

This book is a significant break from the so-called Goldwater rule forbidding psychologists and psychiatrists from opining on the sanity of public figures, named after the famously unhinged presidential hopeful Barry Goldwater. That leading academics ended a self-imposed restraint dating back over 50 years speaks to the alarming aberration of Trump’s mental state.

Expert contributors to this book are frank about the president’s empathic impairment. Dr. Lance Dodes, a long-time professor of psychiatry at Harvard Medical School, states:

“Donald Trump’s speech and behaviour show that he has severe sociopathic traits. The significance of this cannot be overstated. While there have surely been American presidents who could be said to be narcissistic, none have shown sociopathic qualities to the degree seen in Mr. Trump. Correspondingly, none have been so definitively and so obviously dangerous.”

Another contributor, Dr. Craig Malkin, is a leading expert on clinical narcissism who also lectures at Harvard Medical School. In a chapter titled “Pathological Narcissism and Politics,” he poses a pregnant question: 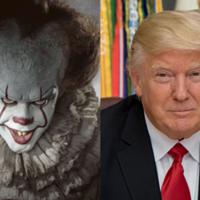 “If pathological narcissists, in their reality-warping efforts to feed their addiction, bring themselves to the precipice of disaster, why should we, as nations, allow them to pull us into the abyss with them? It’s this urgent existential question that faces democracies throughout the world today.”

Trump, as president, has so far been a hair-raising experience and the world still has three years to go. However, this bizarre electoral outcome also creates some counterintuitive opportunities to improve our political climate. For instance, race has simmered for decades as an unresolved issue in the U.S. Having such an openly racist occupant of the Oval Office may help finally pass this painful national gallstone, propelled by the collective disgust of the American people.

Likewise, the critical issue of fiduciary responsibility and the emerging science around empathic impairment remains largely ignored by the public and legal community. Could Trump help catalyze long-overdue reforms?

Medical professionals in the fields of psychiatry and psychology have stepped up to the plate and broken with long-standing tradition to speak out about the dangerous case of Donald Trump. So where are the lawyers and judges to interpret these medical assessments in the context of Trump’s legal responsibility to act on behalf of others?

Hopefully we will never again have such a dangerous narcissist in the Oval Office. But shouldn’t we use this bizarre situation to begin a public discussion about empathic impairment and sensible restrictions on those with this frightening condition?