We are everywhere right now, my generation, the boomers, clogging up the health-care system, hanging on to our land and houses, or hiding in lonely basements. There are now more seniors than young people in this country.

No one talks about it. When I go to my coffee group, we talk about the weather. And we talk about sickness if someone is sick. The talk is superficial, but there is some comfort in being together. We have known each other for many years. We live in a small town that is mostly caring and comfortable. It has its dark side — a racist past, employment is scarce. This is a town of pensioners, employed people with relatively middle class jobs, and not enough small children.

Statistics right now tell an interesting story about future demographics. Although the health system is pretty clogged up, we ain’t seen nothing yet.

This means an aging workforce, and a definite slowing of the economy. Some of this will be made up for with migration but that means even further changes in the multicultural makeup of the Canadian population.

This growing bulge of seniors will need even more health care and income support programs. Health care spending in particular increases significantly for people 65 and older. The much smaller group of workers coming after this bulge will pay for the care of these seniors.

There will be a few financial compensations. As boomers retire, they will start cashing in their RRSPs, which means a tax windfall for the government. In addition, as boomers die, many of whom hold a lot of wealth and land, will leave this to their children and, again, there will be taxes to pay on much of this inheritance.

The question will also be what happens to those boomers who can’t finance their own retirements beyond the minimum support provided by government programs. With insane housing booms in places like Toronto and Vancouver, many seniors are being priced out of affordable housing. Only 24 per cent of private sector workers are covered by a workplace pension plan. The rest of them will be facing some difficulties figuring where to live and how to feed themselves.

But there are many intangibles to this enormous demographic crumbling. Already boomers are redefining how to die. Witness the front-page story in the New York Times about the planned and emotional death of John Shields.

I have just finished my own planning in this regard. I most definitely want to be able to be in charge of my own death, and most of my friends agree with me. At present we are blocked by legislation, but this will change. Right now, the law limits doctor assisted suicide to those whose death is “foreseeable,” a word with little legal coherence. Dr. David Amies has done a good analysis of how the law needs to change including the need for advanced directives for people who develop dementia. 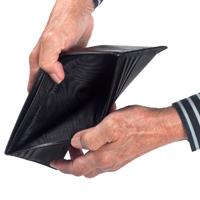 Ahead of Trudeau's Budget, a Glimpse of Seniors' Poorer Future

I foresee a time when not only does someone write their will, they also write instructions about the time and circumstances for their own death and funeral rites. Many people are anxious to have a green burial and funeral homes might have to cope with people and celebrants deciding by themselves how to celebrate death.

In addition, a whole generation is just starting to come to terms with being old. I rarely thought about it before I got ill. I have a writing student in her 60s who actually said to me the other day, “I never thought about mortality before. I thought it was so far off.” When my grandchildren accuse me of being old, I point out to them that I feel 16 in my heart. Which is more or less true.

But I have also had five years now of chronic intense pain, which has certainly made me think about death and dying, and made me suicidal at times. There really is a limit to the level of pain a human being can withstand over a long period of time.

I have also discovered that old age is another country, with its own rules. Old age is an identity crisis. Your body breaks and hurts. Your mind falters. The people you love most disappear from your life. Doctors stare mindlessly at you, offer antidepressants, painkillers, waitlists for giant machines that peer inside and offer no answers except that you are broken and this time you will not heal. It is far beyond lonely.

You learn new things in this new land, the stupidity of magazines in waiting rooms, waitlists and lying still in MRI machines. You learn about whether painkillers actually do anything for pain and the lie that palliative care keeps you comfortable and pain free. You learn about constipation and lying awake at 3 a.m., wondering whether to take another sleeping pill or whether it will make you too groggy to cope in the morning. You learn about tinnitus, blood thinners and the cost of drugs.

Once you had a job, a career, aspirations, a future, things to work for, goals to meet, plans for later. This is later. Those things are now gone and you now have grandkids, friends, lunches, hobbies, volunteering.

The hardest thing is your new invisibility, and all the constraints on your behaviour. The only reasonable reaction to all this is sullen fury. But little old ladies are supposed to be smiling, sweet, kind and generous. People offer mostly useless advice about health food, alternative therapy, something a friend of their friend once said or they heard somewhere.

So the only place the fury can go is inward. Where it goes in the hours and days of lying down in pain is a mystery. Doctors and journalists say vaguely that pain changes your brain. They don’t say into what. Oatmeal, perhaps? A desert where you are the lonely jackal yipping at the moon and hearing no answer? So we are now a generation that is dealing with an existential crisis, as we did in the ‘60s and ‘70s, but this one is different.

There will be both relief and sorrow as my generation that has changed so many things, sang such great music, made such great movies and changed the world politically — goes through this identity crisis and then disappears. Leaving what for our heritage? I would love to stick around to see how the whole climate change thing works out — or doesn’t — but maybe it is better to miss that one.

Or who knows, perhaps I will simply stick around, in spirit form, chewing on invisible popcorn and cheering on my absolutely brilliant and invincible grandchildren as they create new ways to finally make the world work a whole lot better.