We’ve heard the tedious litanies for decades now. British Columbia teachers protest their pay, working and teaching conditions, and overcrowded classes. B.C. governments say they’re spending more than ever, despite falling enrolments. Both sides occasionally harmonize on how B.C. students beat the world on international tests; then they lapse back into bickering.

When each side has known its script by heart for 50 years or more, it’s time to give them new scripts. If our students are doing so well by international standards, how about our teachers, governments, and ourselves, the public?

Let’s consider more standards than just performance on the Programme for International Student Assessment, though it’s become widely accepted. After all, no one ever takes exams as a career, and even success on PISA depends on other factors. Let’s also include teachers’ salaries, the status they and the education system get from their communities, and how long they actually stay in teaching.

According to Varkey Global Education Management Systems Foundation, a survey of 21 countries found widely disparate salaries. Singapore teachers’ average salary in 2013 (adjusted for inflation since 2005) was US$45,755. But on a 100-point “Teacher Status Index” ranking, they managed only a 46.3 — despite the fact that their students had the world’s second-highest PISA scores in 2012.

By contrast, Chinese students in Shanghai ranked #1 on PISA and China’s teachers scored 100 in status while earning just $17,730. But other studies indicate those teachers are very unhappy and generally hate their jobs. One report found that out of 190,000 new teachers, only 60,000 stayed in the profession — a 68 per cent attrition rate. 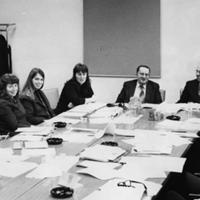 Four Times BC Teachers Took the Lead in History

The Varkey GEMS survey found other surprises. Israeli teachers got little respect, scoring just 2 points, while making an average of $32,447. And their students ranked #41 in PISA. Greek students came in at #42, and their teachers made just $23,341 — but public respect for teachers got them 73.7 status points.

Ever since Finland topped the first PISA exams in 2000, Finnish education has attracted worldwide envy and admiration. The Finns themselves aren’t that sold on their own system, it seems. Finnish students ranked #12 on PISA in 2012; the public awarded their teachers only 28.9 status points and paid those teachers an average of $28,780. (On that income, Finnish teachers pay far less in taxes than Finnish doctors and lawyers: about 32 per cent in basic deductions, comparable to 30 per cent for Canadian teachers.)

Canada (#13) wasn’t in the Varkey GEMS survey, but the U.S. was. Again, PISA scores and average salaries seemed unrelated: $44,917 per teacher bought only the 36th spot in PISA, and 38.4 status points.

Compared to their colleagues worldwide, our teachers aren’t doing too badly in salaries and PISA scores. But low status, workloads and stress are driving them out of the profession.

Frustration not worth the pay

But for some teachers, the frustrations just aren’t worth it. According to one major report, the turnover rate among new Canadian teachers nationwide is 30 per cent in the first five years. That is, 30 per cent quit and have to be replaced with other newcomers.

Even more ominously, a 2010 BCTF report on teacher work life found that 20 per cent of teachers were considering leaving the profession before retirement. It was ominous because two out of five of these were experienced, mid-career teachers aged 35 to 44. Their reasons were many, but most clearly related to their sense of status in the eyes of the public.

Stress, burnout, and work/life balance were factors for some. For others, problems included workload, lack of recognition and encouragement, perceived ineffectiveness due to chronic underfunding, dissatisfaction with provincial and district governance, and job insecurity. We have little reason to suppose those factors have improved in the past six years.

The sense of agency

In effect, such teachers don’t have a sense of “agency,” of being able to do their jobs as they think they should. Here the contrast with their Finnish colleagues is sharp.

While the Varkey GEMS Foundation study found surprisingly low status for Finnish teachers, only about one applicant in 10 makes it into Finnish teacher training programs. This involves obtaining not just a certificate but a master’s degree. Teaching in Finland is never “something you can always fall back on”; students worry about what to fall back on if they don’t make the cut for teacher training.

Once hired, Finnish teachers enjoy professional autonomy, doing their jobs as they see fit. The country has clear goals set out in the national curriculum, but the teachers decide how to get their students there. Significantly, attrition for Finnish teachers is just seven per cent.

This is teacher agency in action, and it has a couple of remarkable consequences. According to the Varkey GEMS Foundation, “The Finnish held the most trust in their education system over that of any other country surveyed.... In Finland, over 50 per cent of people said that unions should have more influence over teacher pay and working conditions.”

No sweetheart relationship with government

The Trade Union of Education in Finland, OAJ, covers every teacher from kindergarten to university, and it’s far from being in a sweetheart relationship with the government. A recent “working life barometer” news release on the union’s website, translated by Google, reports underfunding, lack of resources, bullying and violence between students. The poor indoor air quality in schools and daycare centres has resulted in a fifth of teachers taking sick leave.

And yet, says OAJ, teachers are still “enthusiastic about their work,” with two-thirds saying their workplace climate is encouraging and supportive of new ideas.

This suggests that teacher agency makes up for many lapses. It may even help account for Finland being listed in the GEMS Efficiency Index as the most efficient education system in the world for the past 15 years. 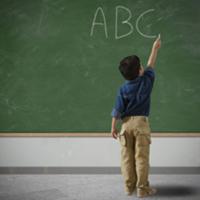 How Finland Schools BC in Education

Finland is currently fifth in PISA math scores, fourth in pupil-teacher ratio, 15th in teacher salaries, and fifth in per-capita student spending; yet “the Finnish balance of material inputs creates the most efficient observable system.” That is, it delivers higher PISA scores at less cost than any other education system surveyed.

Most Finnish (and Canadian) teachers would roll their eyes at “efficiency” as an education standard, or with PISA scores as the whole point of the system. Many education costs are unique to specific countries, and may vary abruptly. Europe, for example, is under stress from the influx of migrants and refugees. Their children will need careful (and expensive) attention just to recover from their recent experiences. Keeping PISA scores high by not educating such children would be pedagogically and politically bankrupt.

Still, good teachers appear content to accept relatively low pay if they can enjoy high agency and high trust from their public — and adequate resources. Give them the means to do the job right, and teachers anywhere will be glad to donate decades of hard work for the chance to make a difference in kids’ lives.