“The lodestones of discontent are politicians and the government.” — Elections Canada study on why Canadians don’t vote, 2003

Far too many Canadians don’t vote and are cynical about politics — but changing electoral systems will do nothing to improve that attitude.

That’s because our political system is broken, not our electoral system.

And the facts are clear in study after study over decades.

But there is still a group of policy wonks who believe that changing our existing electoral system will cure all ills. They are zealots on this — but they are dead wrong.

So now that Prime Minister Justin Trudeau has punctured their balloon by saying last week electoral system change isn’t that big a deal for Canadians — true — they are going nuts.

“Under Mr. Harper, there were so many people dissatisfied with the government and its approach that they were saying, ‘We need an electoral reform so that we can no longer have a government we don’t like,’” Trudeau told Le Devoir newspaper in French last week.

“However, under the current system, they now have a government they are more satisfied with. And the motivation to want to change the electoral system is less urgent.”

Unfortunately for electoral change advocates, the New Democrat and Green parties who also want a new system, Trudeau is not only right, he’s backed up by facts.

Fortunately for Canadians, there are some simple solutions that could significantly improve their attitude towards elections and politicians — if Trudeau is brave enough to adopt them.

First — Canadians don’t vote in elections because “their vote doesn’t count” as Fair Vote Canada and others constantly claim.

Elections Canada worked with Statistics Canada in a huge survey of almost 97,000 voters in November 2015 and found that the biggest single reason for not casting a ballot was “not interested in politics” at 31.8 per cent.

Only 1.4 per cent of Canadians gave as a reason “felt voting would not make a difference.”

That’s hardly grounds for changing our entire first-past-the-post electoral system in place since 1867 for an unknown system with unpredictable results.

And this is hardly the first study to come to the same conclusion.

In the 2003 Elections Canada report, the top two reasons for not voting were negative attitude towards politicians at 26.2 per cent, and government at 13 per cent, with just one per cent unhappy with the electoral system.

And the word “negative” is an understatement.

That 2003 report said: “There is a widespread perception that politicians are untrustworthy, selfish, unaccountable, lack credibility, are not true to their word, etc.”

So if electoral system change won’t improve either voter participation or attitudes towards politicians and governments, what will?

Here are some solutions that can be implemented easily before the next election and could make a big difference.

More than 32 countries around the world insist that citizens vote and most levy small fines against those who don’t. In Australia, more than 93 per cent vote and it has been mandatory since 1925.

Mandatory voting removes nasty political strategies like voter suppression — which Canada saw with misleading robocalls giving voters the wrong polling place — because it no longer matters. Everybody has to vote.

Having all voters participate also means that politicians can’t ignore any segment of the population with their policies because they all go to the polls. Traditionally lower turnout among renters, students, First Nations, lower-income earners and others is instantly and easily erased.

For those who are too busy, let’s make it easier by voting on your mobile phone, tablet or computer.

Worries about security are ridiculously overstated. There were over 614 million online banking transactions in Canada in 2015, just with the six largest banks alone! And over 202 million were done on a mobile phone, says the Canadian Bankers Association

Overall, 77 per cent of Canadians conduct an online banking transaction each year.

If Canadians trust making 614 million secure online transactions of their own money online, surely casting 25 million or more votes online can be done with confidence.

In addition to mandatory and online voting, in person voting could be made more convenient with more days to cast your ballot and longer hours, in addition to advance polls.

But if Parliament decided that the budget required 65 per cent of all Members of Parliament voting in favour, the government of the day would almost surely have to appeal to some opposition members for their support to pass the budget.

Currently, the Liberals hold 54 per cent of the seats in Parliament. To pass a budget, they would need the support of either the New Democrats who hold 13 per cent, or the Conservatives who hold 29 per cent.

That would mean forced collaboration and negotiation with the opposition on the most important piece of legislation every year. The same principle could be applied to other legislation, such as the contentious Canadian European Trade Agreement or other treaties.

The prime minister of any party has extraordinary powers, including appointment and dismissal of the entire government cabinet.

But if the government caucus were given the legislated power to elect one additional full cabinet minister from the ruling party caucus by secret ballot, it would act as a constant reminder during cabinet debates that the much larger group of backbench government MPs need to be heard.

And for the prime minister, it would also be a safety valve for ensuring that the unpopular positions a government was taking were being criticized at the highest level by the one cabinet minister he or she could not fire.

6. Let cabinet ministers and MPs hire their own staff.

Most Canadians don’t know that the prime minister’s office — and premiers’ offices in the province — almost always hire the chiefs of staffs and other key political aides in cabinet ministers’ offices.

That means the first loyalty of those staff is to the prime minister, not the cabinet minister, and it further undermines the already limited powers of a minister to chart their own course. Part of the fix for politics is to remove the overwhelmingly dominant command-and-control apparatus of the prime minister in any government.

Members of Parliament should by legislation also be responsible for hiring their aides, not the prime minister or opposition leaders’ offices.

7. Disallow reading questions in Parliament and improve Question Period with questions from the public.

The predictable overwrought theatrics of Question Period — the most televised and reported part of all proceedings — simply make MPs look like bad amateur actors most of the time.

Not reading prepared scripts would make politicians ask and reply in more normal language and think more about what they say, rather than read a stilted statement clearly written by political staffers.

MPs should also have more time for their questions and minister for their answers, so Canadians get more information and less rhetoric.

Alternatively, submitting written, detailed questions and making answering them mandatory for government ministers — as done in the U.K. — would be another big improvement over the fluff and stuff that passes for debate here.

Lastly, Justin Trudeau took the unique step after becoming prime minister of inviting several Canadians to his office to ask him questions in person for a CBC TV broadcast.

It was a high-risk gamble, and it mostly succeeded for Trudeau but it also showed that glib or boilerplate answers we would hear in Parliament don’t cut it for an unemployed worker facing dire circumstances.

Why not let ordinary Canadians pose questions through their elected Member of Parliament, who would direct them to the appropriate minister or the prime minister on a regular weekly basis? A lottery system could be used independent of the political parties to pick questions. 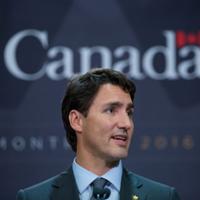 During periods when former prime minister Stephen Harper was being strongly criticized by many Canadians, many Conservative MPs’ constituency offices resembled military bases more than the office of the people’s representatives. Few office hours, limited availability and little encouragement for contrary views added to the perception that MPs were not representing constituents.

While no one should suggest undermining the legitimate need of MPs and their staff for reasonable security measures, they must also not be replicating Fort Knox for entry to voters.

And, again with appropriate security, MPs should be required to hold regular public meetings in their riding at accessible times for voters to raise any issue important to them.

Perhaps not all these measures would work or even be considered.

But clearly fixing politics won’t happen by simply changing our electoral system — it needs wider and more substantive solutions — and they are all within the power of our Parliament right now.