By now anyone even vaguely aware of the Israeli-Palestinian conflict has heard the phrase ''the new anti-Semitism.'' It is a clever propaganda piece aimed at anyone who dares criticize Israel for its illegal occupation of the West Bank and its continued brutalization of Palestinians in Gaza. 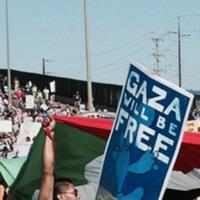 But in the space of two days, new critics emerged from within the highest positions of Israel state power. Moshe Ya'alon -- until recently the Israeli Defence Minister -- and Major General Yair Golan, the Israeli army's deputy chief of staff, confirmed what many of Israel's most vociferous (and vilified) critics have been saying for years: that Israel is heading down the road of extremism and racism.

Golan issued a warning that linked attitudes and actions in pre-war Germany with trends in Israel today. ''It's scary to see horrifying developments that took place in Europe begin to unfold here,'' he said.

Moshe Ya'alon, then the defence minister, defended Golan. Within three weeks, he was pushed from the defence post and resigned rather than accept another role. Ya'alon too offered a warning about ''phenomena of extremism, violence, and racism in Israeli society that threaten its fortitude.''

But even such dire public warnings from members of the Israeli governing and military elite are having no discernible impact on the West's carte blanche support for the Netanyahu government. It raises the question: Is there any development in Israel that would cause Western nations to intervene in the longer-term interests of Israel and say enough is enough? Just yesterday, Uri Ariel, the Israeli minister of agriculture made a proposal to annex a huge chunk of the West Bank and expel 300,000 Palestinians. Does that cross a red line? Does the West even acknowledge a red line?

Israeli political commentator Michael Brizon, who writes under the pseudonym B. Michael, concluded the failure of Western governments to criticize what is happening in Israel is itself a new form of anti-Semitism. Writing in a Haaretz op-ed titled ''Yet Again the Jewish People Face Great Danger and the World Is Silent,'' Brizon lamented the fact that the greatest danger to Israel is now from within, not from its traditional enemies. ''With our very own hands, we anointed the Huns who rule over us.''

The irony for Michael is palpable: Israel's promise has been lost, he wrote, and ''all that remains is a big mouth, brandished fist, and endless hidden hatred, militarism, paganism, and self-righteousness. And the world is silent.''

That silence is what terrifies Michael: ''...if you persist in your silence, you indifferent world, that will be categorical proof that you really are anti-Semitic, exactly as we've always been told.''

As if to prove the point, just days after this piece was published, New York Governor Andrew Cuomo signed an executive order intended to punish companies and groups that join the BDS campaign -- the Boycott, Divest, Sanction campaign to peacefully pressure Israel to comply with international law and recognize Palestinian rights.

''If you boycott Israel, New York will boycott you,'' Cuomo said. Officials have been directed to compile a list of companies and groups that have signed on to the BDS campaign.

''The Holocaust should bring us to ponder our public lives and, furthermore, it must lead anyone who is capable of taking public responsibility to do so,'' he said in his speech. ''Because if there is one thing that is scary in remembering the Holocaust, it is noticing horrific processes which developed in Europe -- particularly in Germany -- 70, 80, and 90 years ago, and finding remnants of that here among us in the year 2016.''

Does Cuomo know the history and character of the new defence minister, Avigdor Lieberman, an ultra-right nationalist who has said Arabs living in Israel who are ''disloyal'' should be killed?

''Those who are with us deserve everything,'' Lieberman said in a 2015 campaign speech. ''Those against us, it cannot be helped, we must lift up an axe and behead them -- otherwise we will not survive here.'' Lieberman has also threatened to have former Palestinian prime minister and Hamas leader Ismail Haniya killed.

Did Cuomo's staff inform him that as a result of Lieberman's appointment, former prime minister Ahud Barak declared that Netanyahu's government ''is exhibiting signs of fascism?''

Of course Cuomo knew all these things. But they were not enough to persuade him, or other supporters, to intervene with real consequences for their ''friend and ally.''

Prime Minister Justin Trudeau showed the same blindness with his abject surrender to the Israel lobby in supporting a Conservative motion ''to condemn any and all attempts by Canadian organizations, groups or individuals to promote the BDS movement.'' This McCarthyite assault on freedom of expression should have been widely condemned but barely caused a ripple.

In the midst of these disturbing developments and high-level confessions there is a new peace initiative led by France, which is suggesting ''rigid deadlines for every stage'' of negotiation.

Yet it is an exercise in futility. Everyone involved knows that Netanyahu will never agree to a two-state solution and continues to expand settlements to make it all but impossible. The alternative is both hideous and unsustainable -- a continuation of the current apartheid state.

Just uttering the word apartheid in relation to Israel makes me guilty of the ''new anti-Semitism.'' But the political elites of the West had better soon come to grips with the far more dangerous anti-Semitism -- their persistent silence and studied indifference to the future of Israel. Because if Israel is to survive and flourish as the democratic nation it claims to be, the status quo cannot continue.