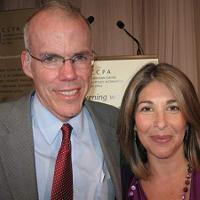 There are two things guaranteed for Thursday's federal-provincial climate change conference in Vancouver: plenty of hot air and hypocrisy.

Oh, of course Prime Minister Justin Trudeau will wax eloquent about how much he's done about climate change already in his first 130 days in office.

And premiers from "boast to boast" will claim they are doing a fantastic job with carbon taxes, cap and trade, green programs and electric cars.

But in truth, Trudeau's likely biggest contribution so far to climate change has been negative -- jetting around the world and emitting untold amounts of greenhouse gas to visit six foreign countries stretching from Manila, Philippines to Davos, Switzerland.

The premiers, meanwhile, are far more concerned with the disastrous drop in world oil and gas prices than they are with climate change.

Natural resource exporting provinces British Columbia, Alberta, Saskatchewan and Newfoundland have all been pummelled, while manufacturing centres like Ontario and Quebec have also felt the consequences of a battered national economy still hugely dependent on fossil fuels.

But being politicians, much lip service will be paid to carbon pricing, renewable energy, green jobs and making polluters pay. Let the greenwashing begin.

My bet is the premiers are privately praying harder than Pope Francis for China to start booming again and buy our oil, gas, liquefied natural gas, coal, potash, copper and anything else that produces billions in tax revenue to pay for public services.

And none need prayers answered more than Trudeau. He has gone from promising to balance the budget last April to upwards of a $30-billion deficit this year alone.

Not only is Trudeau going deeply in debt, but his credibility in keeping budget promises could undermine his climate change commitments, too.

Trudeau started on deficits claiming determination to avoid them.

"It's a well-established fact. Liberals balance budgets. Conservatives have been running deficits," Trudeau said in April 2015. "Our platform will be fully costed, fiscally responsible and a balanced budget."

Whoops. What he said a few months later was: "Our plan features three years of historic investment in the Canadian economy. That growth will eliminate the Harper deficit and we will balance the budget in 2019."

And whoops again -- what Trudeau finally resorted to last week in the House of Commons was: "We inherited a need to invest in our economy, to fix the wrongs of this previous [Conservative] government," without mentioning the massive deficit dollar figure.

Given that, can anyone take his environmental guarantees seriously?

But no one beats BC Liberal Premier Christy Clark on green hypocrisy.

While Clark claims, "We can be the world's clean energy superpower," the reality is that the Canadian Wind Energy Association just blew out of B.C. due to her government's lack of interest in renewable energy.

"Despite the hard work and efforts of CanWEA and other stakeholders over many years, we have not yet secured any significant new opportunities for wind energy in B.C. and both the government and BC Hydro have indicated that they do not expect to proceed with a new call for power within the next decade," read a recent letter to Liberal MLAs.

"In response, the CanWEA board has determined that the association must shift resources and effort from BC to the emerging Alberta and Saskatchewan markets," it concluded.

And of course if the long promised, never delivered liquefied natural gas industry ever builds export plants in B.C. -- and here's hoping -- our climate change targets will go out the window, without other measures.

Meanwhile, not to be outdone by politicians posturing, some environmentalists and prophets of doom will demand our leaders implement the painful prescriptions outlined by Naomi Klein's biblical book This Changes Everything: Capitalism vs. the Climate -- before Noah's Ark is needed.

Klein, who is speaking in Vancouver March 11, believes that "Our economic system and our planetary system are now at war" -- so presumably capitalism must be recycled, consigned to the food scraps bin of history.

But "Workers of the world unite -- you have nothing to lose but your SUVs, flat screen TVs, computers, cell phones, microwaves and Xboxes!" may not resonate.

So prepare for announcements of imminent Armageddon from environmentalists on the one hand and grandiose platitudes from politicians on the other.

Neither truly addresses the harder reality, that climate change progress requires more than preaching to the converted or predictable promises without practical plans.