Justin Trudeau has proven to be much more bold in his first couple of weeks than almost anyone imagined. Unlike Jean Chr&eacutetien and his 1993 election Red Book, Trudeau actually seems to be intent on keeping many of his promises. 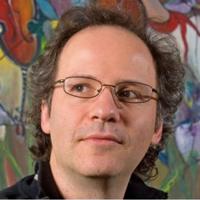 'A Real Failure' for Canada? TPP Slammed on Intellectual Property

Most importantly he has done what no other premier or prime minister in my memory has ever done. He has put numerous people in ministries who actually have a passion for their portfolios: a doctor in charge in health care, a potato farmer in charge of agriculture, an Aboriginal former treaty commissioner in justice, a former CIDA staff person in charge of international development. Prime ministers who want to exercise executive control don't do this. Trudeau, it seems, genuinely wants to run a government by cabinet.

But the real measure of how bold Trudeau will be is how he deals with the economy. After all it is the economic ministries -- finance, the treasury board, international trade most prominent among them -- that are most directly responsible for managing capitalism, something every federal government has to do no matter what their ideology is. The Liberals have always been a Bay Street party and any move away from that tradition seems unlikely. The biggest test Trudeau will face on this front is right on the top of the issues pile: the Trans-Pacific Partnership trade agreement.

First off, let's be clear that these "trade" agreements are only nominally about trade -- they are actually, as economist Jeffrey Sachs says "investment protection agreements." And for every Canadian government starting with Brian Mulroney's the almost exclusive economic policy for this country has been a focus on attracting international investment. Former finance minister (and later prime minister) Paul Martin made this explicit -- and set out to attract foreign investors by lowering the cost of doing business with labour flexibility programs, slashed corporate taxes and a 40 per cent reduction in federal social spending. Stephen Harper never saw a trade/investment deal he didn't like -- no matter how bad the terms were for Canada.

But after literally hundreds of such bi-lateral deals have been signed, countries around the world are finally waking up to the fact these corporate rights agreements are at the root of many of their economic and social problems because they systematically undermine national sovereignty and the capacity for democratic governance. The two deals the European Union has been negotiating with Canada (CETA) and the United States (the TTIP) may never come to pass as EU civil society, and several national governments (Germany, France, Austria, Hungary, the Netherlands and Greece), are pushing back hard. And perhaps Trudeau might ask himself and Canadians: if Europeans are moving in the direction of rejecting two agreements similar to the TPP what do they know that Canada doesn't?

The Europeans have finally figured out that these agreements have little to with trade and have a lot to do with empowering global capital. Two of the most important aspects of these deals which explicitly undermine democracy and are their investor-state dispute settlement provisions, which many Canadians are already familiar with, and the privileged role that large corporations are given in the legislative process once these agreements are signed. Investor-state dispute settlement provisions allow corporations to sue governments directly for any new laws or regulations that reduce their future profits.

But what many Canadians may not know is that the TPP and other such deals allow corporations to intervene directly in the process of making new laws and regulations that may impact them. Article 26.2 of the TPP ("Publication") states that any proposed new measure must be "made available" to corporations "in a manner that enables interested persons [corporations] and parties [governments] to become acquainted with them... and provide interested persons and other parties with a reasonable opportunity to comment on those proposed measures."

Not only will these provisions cause a chill effect (where governments simply don't pass laws they know will be challenged), but corporations will also be given privileged access to influence new laws -- something no other sector of society is given.

None of this is new. These anti-democratic measures have been exposed over and over again by civil society groups in countries around the world. But now there are some unusual suspects raising the alarm -- some of them otherwise strong promoters of globalization. Among them: Jeffrey Sachs, Joseph Stiglitz, the United Nations and in Canada Jim Balsillie, former co-CEO of Research in Motion. If Justin Trudeau really wants to be bold and refuse to sign the TPP deal negotiated by Stephen Harper he has some pretty powerful and influential allies he can point to.

Sachs, one of the world's most prominent economists, a Columbia University prof and a director of the Earth Institute. He has denounced the TPP: "These proposed agreements are mostly investor protection agreements... investor protection of property rights of investors, of prerogatives of investors, of IP [intellectual property] of investors, of the regulatory environment of investors, and so forth." As for the TPP's investor-state dispute settlement provision, Sachs states: "... it creates an extra-legal venue for arbitration that has proven in many investment treaties in recent years to be highly deleterious for basic government regulatory processes and especially around issues of health, safety, environment and other issues."

Nobel laureate Joseph Stiglitz is equally blunt: "The real intent of these provisions is to impede health, environmental, safety, and, yes, even financial regulations...." He gives a compelling example: "In the future, if we discover that some other product causes health problems (think of asbestos), rather than facing lawsuits for the costs imposed on us, the manufacturer could sue governments for restraining them from killing more people."

A recent United Nations report on the promotion of "democratic and equitable international order" similarly lambasts these agreements for inviting foreign corporations to intervene and sabotage laws and regulations, citing numerous Canadian examples.

Said one former government official quoted in the report: "I've seen the letters from the New York and [Washington] D.C. law firms coming up to the Canadian government on virtually every new environmental regulation.... Virtually all of the new initiatives were targeted and most of them never saw the light of day."

And in Canada there is Jim Balsillie, apparently the only prominent Canadian business figure with the guts to defend the national interest -- while also defending the interests of the innovative industrial sector of the economy. His conclusion on the TPP: "I think in 10 years from now, we'll call that the signature worst thing in policy that Canada's ever done." He predicts that "troubling" rules on intellectual property rights will cost Canada billions in wealth creation and "make Canada a 'permanent underclass' in the economy of selling ideas."

If Trudeau wants to be bold he not only has these allies. According to auto industry spokespersons, Harper misled them regarding how much they will lose. Those concerned about the potential abuse of the Temporary Foreign Workers Program are also alarmed at the provisions governing the "movement of persons." And Trudeau has to know that if he is really planning to take an international leadership role in confronting climate change, provisions in the TPP (like investor-state dispute settlement) will make such leadership extremely difficult: any initiative involving new regulations or restrictions on future tarsands development could trigger multi-billion dollar investor challenges.

Trudeau should also be aware that the OECD's forecast for international trade show a long-term decline suggesting that he would be better off focusing on enhancing the domestic economy, which accounts for almost 70 per cent of Canada's gross national product.

One of Trudeau's first acts was to join the Japanese PM is praising the TPP. His Trade Minister Chrystia Freeland has said "free trade" is critical to the prosperity of the middle class.

And even a cursory reading of the history of Liberal governments and their relationship to big business has to make us highly sceptical about the possibility that Trudeau will actually reject the TPP.

But given that, his (and Freeland's) repeated promises to consult widely and have a full debate in the House of Commons is curious. So, too, was Trudeau's visit to the offices of the Canadian Labour Congress this week (the first PM to do so since 1958) -- where he repeated his promise of listening to labour's TPP concerns.

If Trudeau intends to sign off on the TPP he is pursuing an odd strategy: encouraging civil society groups to criticize the TPP and raising expectations about his response. In any case he has thrown down the gauntlet. The obvious group to pick it up? The Leap Manifesto. Let the contest begin.