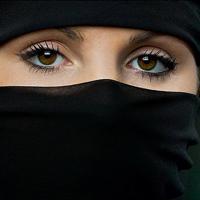 Exploiting Fear Is 'Wrong and Racist'

(From an October 19 column in New Canadian Media.)

As a new Canadian, the attack ads against Justin Trudeau signalled unintended messages to me.

I am not talking of the much-reviled Conservative ads in Chinese and Punjabi language media here. What I have in mind are the "just not ready" ads put out by both the Conservatives and the NDP.

Both parties sought to frame the election as a job interview for Trudeau and had his photos conveniently clipped to his 'resume'.

Most newcomers will remember being warned by well-intentioned mentors not to include their mug shots with job applications, as it was not 'the Canadian way'. And here we have interview panels pondering about offering the most important job in the country based on, among other things, Trudeau's perceived lack of experience and commenting about his hair.

At a subliminal level it reminded me of the "lack of Canadian experience" barrier faced by newcomer job seekers. And yes, the fact that newcomers' hair tends to look 'different' as well.

(From a speech, given two days before the election, critical of 'divisive' Conservative policies and campaigning.)

What we know is that the core strength of our community is not that there are carbon atoms in the ground in parts of this country and maple trees with amazing sap in others.

As that great Canadian philosopher, Bruce Cockburn, reminds us "nothing worth having comes without some kind of fight/Got to kick at the darkness 'til it bleeds daylight."

And our fight is for that Canada.

Naheed Nenshi is mayor of Calgary.

(From Setaram's contribution to the Respect the Women joint statement issued on October 15.)

Today I publicly stand in common cause with over 500 other Canadian women -- leaders from such widely differing worlds as law, politics, civil society, Indigenous women's groups, religion, labour, academia, the arts, international affairs and business. Our viewpoints, politics and life experiences vary tremendously.

But we have spoken out together because whatever our differences may be, we are all deeply troubled by the divisive and poisonous debate that has erupted in Canada over the past few weeks about the niqab. And we have joined our voices in a common statement calling for a renewed commitment to human rights, women's equality and respect.

… I am of course aware that people have a range of different opinions, often very strongly felt, about women who wear the niqab, ranging from discomfort to puzzlement to respect. That is certainly of interest, but at the end of the day it is irrelevant when considering whether or not this is a human right issue. I am also aware that the motivation and feelings of women who wear the niqab vary a great deal, from a sense of duty, to religious devotion, to a sense of freedom and even empowerment. That is where the human rights side of this debate becomes very real.

What has particularly troubled me in recent weeks and what I found so important in our joint statement  is what is being overlooked in the midst of this toxic and stigmatizing debate.

First, it is heartbreaking to compare how much media attention, time in leaders' debates and campaign advertising resources have been devoted to the issue of the niqab; as opposed to the many other pressing and very serious human rights concerns that directly impact millions of Canadian women and girls. For instance, it proved impossible to arrange a dedicated debate among party leaders focused on those issues; something Amnesty International in concert with many close partners had repeatedly urged. If only there was a comparable level of discussion about the decades-old scandal of violence against Indigenous women and girls in our country.

Second, I am dismayed and frustrated that there has been so little effort to ensure that the voices and perspective of women who actually do wear the niqab are given prominence in this debate.  The loudest voices have, in fact, not even been women; they have been men.

(From an October 22 column published by the Toronto Star.)

Although they ran the most openly hateful election campaign I have ever witnessed, the Conservatives earned almost a third of votes in Monday's election. Conservative supporters did not abandon the party over its hateful targeting of Muslim women who wear the niqab, its indifference to murdered and missing indigenous women and girls, or its insistence on invoking the spectre of terrorism in discussing Syrian refugees, most of whom are Muslim.

In a country committed to anti-racism, such a party would be laughable and fringe. Instead, many Canadians feared the racist tactics would succeed. We described the strategy of hatred as a "distraction" from apparent "real issues," rather than clear evidence that racism is a most pressing and unresolved national problem. We comforted ourselves that what we were seeing and hearing was some sort of temporary illusion, a nightmare from which we might soon awake.

The Conservative campaign exploited a historical, ingrained hatred of immigrants and racialized people as old as the country itself. …

The word "racism" was notably absent from Trudeau's speech, as if the naming of the hatred we all witnessed, and which many of us were directly targeted with, would have spoiled the party. More troubling is that the Liberal campaign did not include plans to expose and eliminate systemic racism. If the wake of this hate-filled election is not the right time to speak openly about racism in Canada, the moment may never come.

Desmond Cole is a Toronto-based journalist who writes a weekly column for the Toronto Star.