Back in September, while the rains were sluicing away all memory of B.C.'s summer drought, the Vancity Buzz site offered a list of survival tips for Vancouverites who'd forgotten how to deal with the wet stuff. 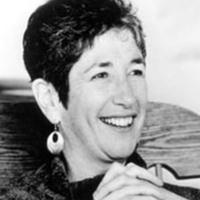 Don't smirk, Rest-of-Canada. We can all fall victim to "landscape amnesia," a term perhaps best associated with historian Jared Diamond and his book Collapse.

Diamond was asked by one of his students: "What did the Easter Islander who cut down the last palm tree say as he was doing it?"

Diamond explained that, yes, at first blush, cutting down the last tree would appear to be an irrational, if not idiotic, act. But only if one year the island was a perfect Eden, and the next its landscape suddenly was reduced to a single palm tree which caught the eye of some imbecile who trundled up the hill to hack it down.

It didn't go down that way, Diamond explains. "The changes in the forest cover from year to year would have been almost undetectable. Only the oldest islanders, thinking back to their childhoods decades earlier, could have recognized the difference. No one would have noticed the falling of the last little palm sapling. By then the memory of the valuable palm forest of centuries earlier had succumbed to landscape amnesia."

Landscape amnesia. The political version of it afflicts many Canadians in this post-Harper world, particularly those under 30. Harper has been in power so long now, and he has bonked us over the head so often with his anti-democratic club, we're starting to forget what politics were like before his helmet head arrived on the scene.

I learned this from my university students. They know little to nothing about Joe Clark's government accepting thousands of Vietnamese refugees; Lester B. Pearson's Nobel Prize for spearheading the idea of peacekeeping forces at the UN; the Montreal Protocol dealing with threats to the ozone layer and the battle with acid rain under Brian Mulroney's watch; the Referendum; John Diefenbaker's Bill of Rights; Pierre Trudeau's Charter of Rights and Freedoms; the patriation of the Constitution; our leading role in addressing global security through multilateralism. The list goes on.

What little these 20-somethings do know about Canadian politics is almost always seen through the myopic lens of Harper's Conservatives. Each semester I put the students in my Introduction to Politics course into groups and ask them what will be the most important political issue they will face over the next 10 years. One year, every group -- every single one -- came to the same consensus: Arctic sovereignty. Why? It was 2006, the election was on, and in ad after ad Harper was trumpeting Arctic sovereignty as the most important issue Canada had ever faced.

When I next teach that class, what will students see as Canada's top concern? Terrorists disguised as Syrian refugees hiding under every niqab?

This is no longer our grandparents' Canada, nor even ours. In the words of the great Canadian humanitarian Stephen Lewis, "over the last decade, the culture of politics has changed. The political dynamic, the political 'gestalt' if you will, has altered in Canada, perhaps irreversibly."

In a speech given last year, Lewis explained:

"I'm not suggesting that political bonhomie is necessary to get things done; you can have deep ideological rifts across the floor of the House of Commons, and still manage to effect good, positive social change. But a vital requirement is respect: vitriolic nastiness in debate does not breed respect, nor does adolescent partisanship, nor do pieces of legislation of encyclopedic length that hide contentious issues, nor does the sudden emergence of frenzied TV attack ads, nor does the spectre of a Prime Minister's Office exercising authoritarian control. A legislature that functions with respect accomplishes a great deal. It has a name; it's called parliamentary democracy."

How could we have allowed respect to take such a pummelling in our parliamentary democracy? The answer is complex. But most Canadians are like my students: they don't know how our system actually works. Many believe we elect the Canadian equivalent of a president, not a prime minister. So the Conservatives can play off of that misperception and fiddle with our democratic institutions without raising the ire of the general public.

Take a quick look at the video below and you'll see what I mean. In 2008, when the opposition parties agreed to bring down the Conservatives on a non-confidence motion and form a coalition, John Baird responded by saying: "We want to go over the heads of the members of Parliament, and go over the head, frankly, of the Governor General, and go right to the Canadian people." That statement would make sense in a country where the PM is elected directly by the people; it is an outrageous fabrication in Canada where we elect a Parliament that selects a government headed by a PM who is then appointed by the Governor General -- with Parliament and the GG serving to check that government's power on our behalf.

And yet Canadians swallowed that whopper with nary a whimper.

Most of the "rules" defining our democracy aren't written down anywhere, unlike in the U.S. Search our constitutional documents all you want, but you'll find precious little about our PMs: the limits on their power, their role in the legislative process, or even how they are selected. Most of that is based on convention. And convention is about as effective at stopping the abuses of a willful politician as the fear of ecological collapse was in giving that Easter Islander pause before chopping down the last tree.

Whoever wins this election, we would be fools to expect the next prime minister to relinquish the power Harper has accrued for his office. Harper has begotten the new normal -- or creeping normality in Diamond's words. So instead of pinning our hopes on just swapping PMs, let's change the rules of the game. This begins with joining the majority of the world in moving from the "first-past-the-post" electoral system to some form of proportional representation. Yes, this will probably lead to more minority governments, but that would be a blessing, not a curse. Minority governments require much from the ruling party if they are to survive more than a few months: transparency, compromise and mutual respect, to start. They foster much of what has been lost to us since Harper received his "strong, stable, national Conservative majority government."

Fortunately, the Greens, NDP and Liberals are all on the record to introduce some form of proportional representation before the next election.

Remember to be strategic

So let me ask you: What do you hope for this election? That Canada rejoin the global community as an adult and not remain an adolescent yelling at our other countries with a megaphone? That we take seriously the challenges of human-caused climate change? That we begin to reduce the poverty gap? That we regain some basic decorum in our political institutions? That the missing women from our First Nations be treated with dignity and respect? That more people vote? That the Conservative party once again follow Red Tory policies rather than those of the American Tea Party? If you hope for any of these you'll see that our job is not to vote Harper out, but to put in place an electoral system that will ameliorate the actions of another Stephen Harper in the future, no matter what party he or she heads up.

That is the real reason why we must vote strategically in this election. Find out from Lead Now which candidate in your riding has the best chance to defeat the Conservative, and cast your vote for that person. Make sure that one of the three opposition parties have more MPs than the Conservatives after Oct. 19. Then hold them to their promise of adopting some form of proportional representation before the next election. Only by changing Canada's way of electing politicians can we repair and restore the political landscape that once inspired pride, but now is fast fleeting from our collective memory.

Amnesia threatens our future. Remember to vote against it on Monday.