[Editor's note: A month before calling this election, Stephen Harper saw his party's senators pass Bill C-377, the so-called Union Transparency Act opposed by most provinces and destined for the courts. It's not just labour leaders who call the law "an act of contempt for unions." A Conservative senator, Hugh Segal, once challenged and amended the bill, which died -- only to be revived zombie-like in its original form and passed two years later. Missing from that June 30, 2015 vote was Segal, because he had retired from the Senate. The Tyee asked Segal, now Master of Massey College, to explain what is at stake if C-377 is implemented by a re-elected Conservative government.]

Bill C-377 was a Private Members Bill touted as one to provide transparency and accountability to the public and union members relating to the business of unions and where and how money was spent. 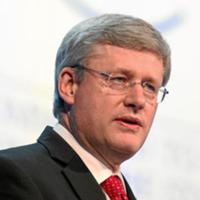 My opposition to this bill, when it reached the Senate of Canada, reflected several serious concerns expressed by various expert witnesses who appeared during Senate Committee hearings after second reading.

There was also the issue raised by many witnesses before the committee that reporting relationships for small expenditures being imposed on unions and union locals were not being imposed on other corporate or charitable/not-for-profit groups. This imbalance during labour negotiations would put those negotiations at peril.

'A violation of the constitution'

It was significant that no major business group, the Council of Chief Executives, the Canadian Chamber of Commerce, etc., appeared before Committee in favour of the proposed private member's proposed legislation. But organizations like the Mutual Fund Industry and the Canadian Life and Health Insurance Association did appear against the bill because of the way in which its provisions, as drafted, would violate the privacy of millions of Canadians who might have an annual payout for insurance or redemption of mutual funds at, or above, the annual cumulative threshold established by the proposed law.

This badly drafted bill, whatever the stated intent of "transparency,"‎ was a violation of the constitution, a violation of privacy and a direct attack on the right to organize and run unions, a right basic to a free market economy and the give and take essential to balance and fairness, first legislated by Sir John A. Macdonald's government five years after Confederation.

The right to invest and make a fair profit has always been balanced in Canada with the right to free collective bargaining. This bill would seriously hurt that balance.

Back from the dead

I proposed amendments to Bill C-377 in order to dilute and weaken the worst excesses in it and sent it back to the House of Commons for reconsideration, which is why we have a bi-cameral system of two Houses of Parliament‎.

With the support of 16 of my colleagues, these amendments passed and C-377 was to be sent back to the House of Commons for reconsideration. That reconsideration never occurred as Parliament was prorogued (ending the parliamentary session) to allow for a new Throne Speech (not for any reason related to C-377).

Under senate rules, any bill amended and sent back to the House, and not dealt with there before prorogation, begins the cycle again, bringing this or any bill back un-amended into the Senate. By the time C-377 had come full circle back to a debate and vote and re-sent to Senate Committee, I had retired from the Senate to come to Massey College.

I noted that there was spirited opposition to the Bill from Opposition members in the Red Chamber as well as Senator Diane Bellemare and others on the government side, including Senator John Wallace of New Brunswick and Senator Nancy Ruth of Ontario. Sadly, the bill passed. However, regulations have yet to be written and I am confident that at the first legal challenge it will be struck down by the courts for all the reasons laid out by expert Committee witnesses two years ago.