Even before the official launch of Metro Vancouver's transit referendum, some municipal officials fear TransLink, the region's transit provider, is too much a creature of the province to function properly. 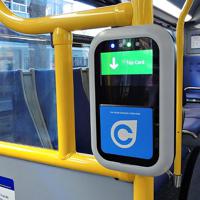 And it's reasonable to ask whether a non-binding referendum will have any influence on Victoria and Ottawa. It's also reasonable to wonder: Was it designed to fail?

The plebiscite, set to begin next month, will ask voters if they're prepared to accept a proposed 0.5 per cent increase to the provincial sales tax, which would be applied in Metro Vancouver alone.

Historically, transportation has always been a big political issue in the Lower Mainland. In 1967, community resistance stopped an ill-advised plan for a freeway through Vancouver's Chinatown. More than one half-witted proposal for a third crossing of Burrard Inlet had to be fought off. And for years we also let the Trans-Canada Highway come to an undignified end at a stoplight at Hastings and Cassiar while various jurisdictions thrashed out who would pay what for the Cassiar tunnel.

We committed, in the Social Credit era, to SkyTrain. It looked cool at Expo 86, but its expensive extensions have caused endless political and economic misery. Now we seem stuck with it for any kind of rapid transit, whether to Coquitlam or the University of British Columbia.

We're also stuck with a provincial government that doesn't like to be seen raising taxes. It prefers to download unwelcome costs on municipal governments and school boards. So a referendum that's set up to fail would get Christy Clark's Liberals off the hook. If the vote is "no," the Liberals shrug and say the people have spoken. If the vote is "yes," the Liberals remind us that it's non-binding but they'll study whether a "fragile recovery" could handle the stress of an increase in the sales tax. For years, if need be.

Aggravating matters is the current controversy over TransLink's management. "TransLink does not have the reputation of being a well-managed corporation delivering excellent value," West Vancouver Mayor Michael Smith said in a statement in January, calling for a "no" vote.

That reputation was not enhanced when the TransLink board replaced CEO Ian Jarvis with Doug Allan, but kept Jarvis on as a consultant (at the same $35,000-a-month salary) for the rest of his contract.

North Vancouver District Mayor Richard Walton, the former chair of the Metro Vancouver Mayors' Transit Committee, traces TransLink's management problems back to the hiring of Tom Prendergast as CEO in 2008. He arrived with strong credentials and strong views about light rail, but lasted less than a year and a half.

Supposedly, Prendergast left because his previous employer, the New York City transit system, wanted him back to run the whole thing. But Walton says he was told Prendergast had been frustrated by provincial government meddling: Whatever he and his management team decided, it could be tossed out by a phone call from Victoria.

"That's a fair assessment," Burnaby Mayor Derek Corrigan told The Tyee, adding that most officials who were around back then would agree. "The provincial government still sees transit as a political football," he said -- a metaphor West Vancouver Mayor Smith also uses in his "vote no" statement.

Meanwhile, Vancouver City Councillor Geoff Meggs told The Tyee that Prendergast and the TransLink board of the time both got into serious trouble with Victoria officials by advancing a transit plan that did not include the Evergreen Line to Coquitlam as SkyTrain.

"Prendergast and others had questioned the need for Skytrain, given low anticipated ridership," Meggs said. "Victoria wanted a SkyTrain extension. Exit Prendergast."

Corrigan sees the politics of TransLink going back well before Prendergast, to the days of the NDP government of the 1990s that made the mayors responsible for transit. In his view, the Liberals have been working ever since to undo that decision. The mayors, for example, wanted the Evergreen Line built to promote growth in the Coquitlam area. The Liberals, focused on the 2010 Olympics, demanded the Canada Line anchored in low-growth Richmond, which the mayors had opposed.

Provincial interference is a major theme in a March 2013 consultants' report on TransLink governance, which makes some critical observations:

The governance arrangements have been quite volatile, with significant changes at relatively frequent intervals; and The Province has exercised a dominant interest, feeling free to impose its priorities on the region and reluctant to provide a role in transit for local government institutions it did not directly or indirectly control.

Corrigan argues that if TransLink had remained under the control of the mayors, some kind of regional transit plan could have been worked out. But the provincial government replaced the TransLink board with appointees who were willing to do Victoria's bidding, and that led to an expansion plan with no priorities.

"No one's saying no," Corrigan said, so everything's been thrown in at a likely underestimated $7.5 billion -- more buses, longer hours, new bridges, rail in Surrey, a SkyTrain corridor from Commercial Drive to UBC.

Check out the Mayors' Council Transportation and Transit Plan video -- the "plan" is a wish list, with not a word about what should come first or where the $7.5 billion will come from. Or read the 2010 memorandum of understanding, which is long on fine language but short on concrete measures. (Keep reading and you'll come to the Mayors' Council 2013 rejection of a referendum and its 2012 rejection of more property taxes to fund expansion.)

Derek Corrigan told The Tyee that no money, provincial or federal, has been committed to TransLink expansion. He noted that it routinely takes years for Victoria and Ottawa to agree on any major project, so the eventual cost is certain to be higher than $7.5 billion. He added that a transit project would have to be a Public-Private Partnership, with some private firm in charge and assured of a profit. Using property taxes to fund the expansion? "Not a chance."

Corrigan says transit is a "big political game," with the provincial government playing the mayors off against one another. "They're not interested in good public policy; they're interested in political wins and losses." He adds: "The government never promises anything."

If provincial and federal funding depends on politics, and additional property taxes won't work, what can the municipalities do on their own to improve TransLink? Corrigan would like to see more bus service. "But buses aren't sexy," he said. "Rail is sexy."

Smith, meanwhile, calls for returning transit to local control, echoing the advice of the March 2013 report: "I fully support an efficient and effective transit system, but to make it a reality we need local control to plan, operate, and fund the system and be accountable for results. Metro Vancouver now provides water, sewer, garbage, and other essential services. Transit can certainly join this list."

Whatever the outcome of the referendum, it's hard to foresee an improvement in Lower Mainland transit in the near future. Both the provincial and federal governments are more concerned with looking good than with meeting our transportation needs. Until that changes, we'll remain gridlocked.