While people in Canada, and beyond, are familiar with the flawed investigation into the Vancouver Downtown Eastside's missing women/Robert Pickton murders in the late 1990s and early 2000s, very few are aware of the Vancouver Police Department's similarly botched investigation regarding the numerous women sexually assaulted during the 1980s. 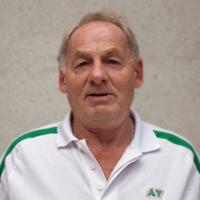 The department's appalling negligence during its investigations of those rapes led to the conviction but eventual acquittal, nearly three decades later, of Ivan Henry, whose incarceration allowed the real serial rapist to roam free and victimize dozens more women.

I've deeply researched the Henry case while writing a recently published book. What resonance does the story have today? At this moment when advocates are pushing on every front to reduce the risk of rape for women in our society, the case of Ivan Henry's wrongful conviction is a sobering reminder that lax investigations of rape can not only fail the victim(s) but leave at large sexual predators to strike again and again.

Much was (rightly) made, during the Missing Women's Inquiry in 2011-2012, of the disadvantaged, marginalized status of the Pickton victims -- working as prostitutes and including a disproportionately high number of aboriginal women. The women assaulted in the 1980s, on the other hand, shared a much different demography: young professionals, students and (decidedly mainstream) career women.

Yet, as with the missing women, the police investigation into their plight was, at best, shoddy -- at worst, tainted by factors unrelated to bringing the actual culprit to justice.

Here, then, is a cautionary tale of a police culture -- blinded by sexism, lazy expediency, or worse -- which must be implicated in dozens of preventable sexual assaults that took place both before and after Henry's incarceration.

Professor Frank Baumgartner of the University of North Carolina describes "wrongful liberty" as the situation where a wrongful conviction occurs, an innocent person is sent to prison, and the real perpetrator remains free to commit more crimes.

In March 1983, Vancouver's Ivan Henry was found guilty of 10 sexual assaults committed between 1980 and 1982. (Though the Crown initially approved 17 charges, seven -- held in abeyance during the trial -- were later dropped.) In November of 1983, the B.C. Supreme Court declared him a dangerous offender -- meaning, an indefinite sentence with no realistic chance of parole... ever.

In October 2010, Henry was acquitted -- after spending 27 years in prison -- on the basis of faulty identification evidence. In my book, Innocence on Trial: The Framing of Ivan Henry (Heritage House; 2014), I make the case that the real culprit -- a man who had long been on the VPD's radar -- was Donald James McRae.

I further contend that McRae -- who pleaded guilty in 2005 to three rapes occurring after Henry went to jail -- was almost certainly the culprit in countless more.

Ironically, it was the investigation into missing women from the DTES that resulted in the reopening of Henry's appeal. When, in the early 2000s, the police presented Crown prosecutor Jean Connor with a raft of "cold rape" files as part of the investigation regarding pig farmer Robert Pickton, her memory flashed back to the "Ivan Henry" assaults. Except for one thing: the assaults that had just landed on her desk had been committed after Henry had been locked up.

In 2002, then VPD detective/Const. Glynis Griffiths wrote in a Special Investigation Section report that she and three other detectives -- Tod, Beisick and Waters -- "believe that, from 1983 to 1988, Donald McRae raped over 30 women."

(Though that number was later expanded to 50, half were eventually excluded on one of three grounds: the women could not be located; did not wish to be involved or were deceased; or the MO was not close enough. McRae was a suspect throughout the time that all 50 sexual assaults were committed.

The remaining 25 sexual assaults spanned five years -- beginning on April 12, 1983; a month after Henry's conviction, nine months after his incarceration.

In 2002, forensic testing confirmed that crime-scene evidence from two of the 1987 offences had yielded a common perpetrator DNA profile. In 2004, a third match was made -- as a result of McRae's discarded cigarette butt and coffee cup being retrieved outside the Main Street courthouse -- from a 1985 assault.

In May 2005, McRae -- faced with inconvertible DNA evidence regarding those three crimes -- pleaded guilty, 20 years after the fact, to those crimes. Though McRae did not testify, his lawyer submitted -- without objection from Crown counsel -- that he had suffered a brain injury, had no memory of the attacks, and was filled with remorse.

In imposing a mere five-year prison term, the judge noted the "historical" nature of the offences; the fact that McRae had no "similar offences" on his record; and the fact that, although he had a "very serious record" of post-1988 break and enters, those offences not only occurred after the subject three assaults; they did not match the "turpitude" thereof.

Freed in June 2010 -- after two parole violations and containment in a jail rather than a halfway house -- McRae, now in his late 50s, remains to this day a free man.

'Put me in a cell... come back and apologize'

At the time of Henry's first arrest on May 12, 1982 (he was let go the next day on the basis of "questionable identification evidence"), he told the investigating detectives, "Put me in a cell for two months and see if it still goes on and then come back and apologize nicely. Say, 'Ivan, we are sorry.'"

How prescient he was: within months of his second arrest on July 29, 1982, the spate of sexual assaults resumed -- assaults bearing the same MO; occurring in the same neighbourhoods, sometimes even in the same apartment blocks.

In Henry's 2010 acquittal proceedings, the Crown filed a report written by Geoff Gabriel of the Vancouver Police Sex Crimes Unit and described by the Crown as a "specialist with the RCMP Behavioural Sciences Group." Addressing the subject of rapist typologies, Gabriel noted that the crimes committed by both "Henry" and McRae fell within the category of the "power reassurance rapist" -- a rapist who:

Gabriel was asked whether -- in the "apparent" [my word] absence of recoverable spermatozoa such that McRae could be definitively linked to the other 22 (post-Henry incarceration) crimes -- he likely committed the other 22 of 25. Gabriel said "yes."

Adding those 25 to the 17 sexual assaults with which Henry was originally charged; taking into account some or all of the other 25 excluded for various reasons by the police; and recognizing that this number includes only reported assaults, it is fair to conclude that -- viewing the time period of 1980 and 1988 in isolation -- McRae may well have sexually violated well over 50 young women.

Regardless of the VPD's reasons, their failure to bring Donald James McRae to justice for decades resulted not only in Ivan Henry's wrongful conviction and consequent 27 years in prison; it meant that countless young women were sexually assaulted by the man "wrongly at liberty."

At no time during the 1980s or 1990s, was Donald James McRae, to my knowledge, so much as detained for questioning about the crimes in question. Yet to date, the VPD has not been held accountable for allowing such a state of affairs to continue.

Not only has Ivan Henry yet to receive the apology he sought in 1982; the police failed to advise the defence in the '80s that materially identical assaults were occurring. And, unbeknownst to the new round of victims, the officers -- in some cases, the very same officers involved in the Henry investigations -- closed the files after the most cursory of investigations.

This occurred notwithstanding the fact Donald McRae, a career "peeping Tom" with a long criminal record, lived in the heart of the city with ready access to each of the targeted neighbourhoods. More than that, according to a retired VPD detective I interviewed, McRae had been a one-time suspect in the "Henry crimes," and given his history of running afoul of the law, would have figured large as a suspect in these ongoing assaults.

Between Oct. 16 and Nov. 6, 1987, the VPD Strike Force surveilled McRae averaging 12 hours a day. During that time, he was found on four occasions to be looking into ground-level-suite windows in the Mount Pleasant area -- spying on women undressing, sleeping, watching TV, etcetera. The surveillance further revealed that he typically stayed up until 5:00 a.m. (Both the alleged "Henry" assaults and McRae assaults occurred between midnight and 5:00 a.m.)

Between 1973 and 1988, McRae's criminal history includes 38 instances when he was charged with trespassing at night, break and enter, or attempted break and enter.

In March 2008, 26 years after Henry's prediction that the crimes would continue, a special prosecutor appointed by B.C.'s then attorney general, Wally Oppal, raised the question as to whether Donald James McRae might be guilty of the crimes for which Henry was wrongfully convicted. Indeed, the first of the five recommendations made by Special Prosecutor Leonard Doust, Q.C. was that the Crown make full disclosure to Henry of something called "Project Smallman" (the police codeword for McRae), information Doust described as "relevant and potentially exculpatory to (Henry's) case."

Two years later, the B.C. Court of Appeal acquitted Henry of all ten crimes -- acquitted, meaning found "not guilty" as opposed to being declared innocent. The Court, declining to find that McRae had committed the "Henry crimes," expressly declined to exonerate him.

Police 'didn't seem to care I was raped'

TR, a woman assaulted by McRae in April 1984 -- almost two years after Henry's incarceration -- recently spoke to me about her ordeal. "The Vancouver Police Department didn't seem to care that I'd been raped," she said. "Maybe they thought that, because I was living near East Sixth and Fraser, I was a prostitute and deserved it. When I contacted them two weeks later to say I'd seen a man with a similar build, they did nothing.

"Though the doctor who examined me recovered semen from my vagina, I was told in 2010 that, because 1984 was 'pre-DNA,' the samples hadn't been kept. No one seemed interested in my ordeal."

"Now I hear that dozens of women were sexually assaulted by this horrible man while the VPD sat on their hands."

Asked whether she had considered suing the VPD for negligence, if not worse, she replied, "Why sue their asses off now? When I wanted them, they weren't there."