"He was a wise man who invented beer." -- Plato, ancient Greek philosopher 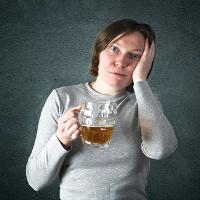 How Did BC Screw up Happy Hour?

Is the B.C. Liberal government really incredibly dumb, bringing in "happy hour" rules that actually increase -- not lower -- the price of beer, wine and cocktails by imposing new minimum prices?

Or have the BC Liberals actually rewarded some of their biggest financial supporters by reducing competition based on price, to the benefit of some of the province's largest bar and restaurant chains and at the expense of independent pubs?

A consumer group thinks the evidence points to a Machiavellian move hurting both consumers and smaller liquor outlets alike, by increasing prices for a pint of beer by $2 or more and a pitcher of beer up $5.

The entire liquor industry should be in an uproar over the June 20 introduction of minimum pricing making B.C. beer prices per ounce the highest in Canada at 25 cents, more than double the roughly 11 cent price previously, which was simply the cost of the beer itself.

That means a 20-ounce pint of beer now costs a minimum $5 plus tax.

But instead the brewing revolt is being led by a consumer group -- the Campaign for Real Ale Society -- and some small pubs and bars, while the big chains are either surprisingly silent or remarkably happy, with one taking out full page newspaper and bus shelter ads proclaiming "Prohibition is over."

"I believe that the B.C. government either willingly -- or were duped by special interest groups -- into making prices higher," Treavor said from Powell River Sunday. "The big chains put their thumb on independent and smaller outlets."

"They don't want to have to compete with places that were offering $3.50 drinks -- now they can put the blame on the government for higher prices," he added.

John Yap, the Richmond-Steveston MLA and parliamentary secretary for liquor reform to Attorney General Suzanne Anton who guided the changes, defends the higher priced happy hour on "safety" grounds despite no evidence previously lower prices were a problem.

"This is one of the most important public safety and health aspects of the recommendations that we brought in with the modernizing of our liquor laws," Yap told Global TV on July 4.

"We have not had rules on minimum pricing and now we introduced them based on our balanced approach on modernizing our liquor laws," Yap said.

I have my doubts about "balance" and "modernizing" being the reasons for higher priced happy hour, so I have filed a Freedom of Information request seeking all correspondence between Yap, Anton, their ministry and liquor interests to see if any communications took place prior to "unhappy hour" being introduced.

Meantime, you can protest by joining my new Facebook page Fix BC Happy Hour, where over 1,100 people have already signed on for affordable drinks.