"Your reputation is everything. If somebody libels you and defames you... if you have the ability to do it, you have to take them on." -- former Newfoundland premier Danny Williams on his defamation lawsuit against the St. John's Telegram, launched last month. 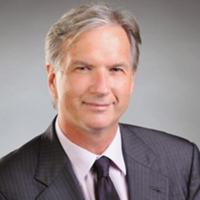 Just how far can a politician go in attacking the integrity, character and morality of their opponents before it becomes a legal and not a political matter?

Vancouver may soon find out, because the Non-Partisan Association (NPA) and mayoralty candidate Kirk LaPointe have not just crossed that line, but sprinted over it in a way they may deeply regret.

The recent filing of a defamation lawsuit by Vision Vancouver Mayor Gregor Robertson and Councillor Geoff Meggs against the NPA and LaPointe has been described by some as simply "politics" and par for the course in an election.

But there is a difference between criticizing the policies, approach and competence of your opponents, and saying that they are "corrupt" -- as the NPA has alleged and stated as fact.

The details have been well reported elsewhere, but revolve around contributions to Vision Vancouver by the Canadian Union of Public Employees Local 1004 and Vision's ongoing opposition to the contracting out of public services -- hardly a surprise on either count, since CUPE has long been a donor and Vision has long rejected contracting out.

But what hasn't been examined closely is what the lawsuit could mean -- or the fact that the lawyer retained by Robertson and Meggs is one of the most respected and successful defamation lawyers in Canada, Bryan Baynham.

NPA won't back down

Last year, Baynham was named Best Lawyers in Canada 2013 Vancouver "Lawyer of the Year" in the area of defamation and media law.

And I know he's one to be feared, because he was the lawyer who forced me and 24 Hours Vancouver newspaper to apologize to one of his clients over a column I wrote -- the only such apology I've ever made involuntarily in writing for newspapers for nearly 40 years.

Baynham also currently represents journalist Laura Robinson, who is suing and being sued by former Vancouver 2010 Olympics boss John Furlong and has a long history of involvement in significant defamation cases.

So I was rather stunned to see LaPointe -- a former managing editor of the Vancouver Sun who is well aware of defamation issues -- and his party not only continue to defend their statements and run TV and radio ads that the lawsuit arguments are defamatory, but to then double down with a news release on Saturday reiterating their contempt for the lawsuit's demand of retraction and apology.

That's what you call asking for punitive and significant damages should you go to court and lose.

While some commentators have said that's unlikely, when you accuse a politician of "corruption" and "breach of fiduciary duty," as the NPA has in television and radio ads, news releases and public statements, what choice do they have but to fight back?

As president of my communications and strategy consulting firm West Star Communications, I always tell my clients that allowing a defamatory statement to go unchallenged means it will stick around forever, being repeated indefinitely.

As a business owner for 16 years, I've had lawyers send defamation demand letters when my character was publicly attacked in an untrue and damaging way.

I also personally know both Meggs and Robertson well, and know that the allegations are painful for both, given their years of public service.

Charlie Smith, editor of the Georgia Straight, rightly concluded early on that if Meggs lost the Nov. 15 election, his argument that the defamation -- if proven -- cost him his council seat would make aggravated damages far more likely.

Smith points out that "under Canadian defamation law, the burden of proof always rests with the defendants. You can't just say anything without being able to back it up."

Indeed. Especially not when you are facing one of the top defamation lawyers in Canada.

What if Vision Vancouver -- regardless of the election results -- sees the defamation case as a way to severely financially punish the NPA, as well as politically damaging it in advance of the next election?

Certainly Baynham's Nov. 8 response letter to the NPA's lawyer Geoffrey Cowper was indicative that this case will not be going away. We republish part of it here:

"While I accept that WIC Radio [NOTE: precedent setting defamation case] is the governing authority on the defence of fair comment, the defence does not apply to the series of vicious personal attacks on my clients' integrity as detailed in the Notice of Civil Claim.

"Each defamatory statement was a statement of fact, not an 'honest opinion' which would allow your clients to rely on the defence of fair comment.

"Spurious allegations of intentional wrongdoing by an elected official are among the most serious defamations that can be made and tend to debase the whole electoral process and discourage good candidates from running for office.

"The fact that they were made in the course of an election campaign, with a view to enhancing the electoral fortunes of Mr. LaPointe and his NPA candidates, is clear evidence of express malice which would defeat the defence of fair comment in any event.

"Rest assured, the Notice of Civil Claim was not filed 'to manipulate public opinion' or to 'bully' or 'intimidate' your client as he has publicly asserted.

"My clients commenced the claim to stop the 'personal attacks' and 'the gutter politics' employed by your clients.

"Absent a full retraction and apology they will see that case through to judgment in the Supreme Court of British Columbia to establish a legal precedent that confirms once and for all that there are real consequences when a candidate falsely alleges corruption, vote buying and criminal conduct.

"It is ironic that had Mr. LaPointe stuck to the campaign pledge he made back in July he would not find himself in this predicament. That pledge was titled:

"On running a clean campaign and avoiding personal attacks:

"It read in part:

"So today I make this other promise... to steer clear of personal attacks, the gutter politics that people are fed up with. If they breach that boundary, I will resign as a candidate.

"Please confirm that you have instructions to accept service on behalf of Mr. LaPointe to avoid the necessity of serving him personally.

"In any event, please ensure that I have your response within the time limit set out in the Supreme Court Civil Rules."

Will this case become a new precedent for what can and cannot be said about politicians?

And will LaPointe and the NPA regret getting into the very "gutter politics" they claimed people are fed up with?

Mitch Daniels, the former Indiana governor, had something to say about that:

"The public is increasingly disgusted with a steady diet of defamation, and prepared to reward those who refrain from it," he said.

Vancouver may find out whether that's right or wrong on Nov. 15.