In the world of official government announcements, a two-paragraph media release sent out in the late afternoon on the Friday before Parliament resumes sitting is the best way for a government to admit, "We know this is really, really unpopular, but we're doing it anyway." 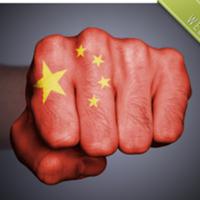 That's the way the Harper government, by way of a release quoting International Trade Minister Ed Fast, announced that it had decided to ignore widespread public opposition; parliamentary opposition from the NDP, Greens and even lukewarm Liberal criticism; an ongoing First Nations legal challenge; even division at its own cabinet table and from grassroots membership; and proceed with the ratification of the Canada-China Foreign Investment Promotion and Protection Agreement (FIPA).

With China's ratification of the deal long since signed, sealed and delivered (and, really, when you can convince another government to sign a deal this lopsided in your favour, wouldn't you ratify as quickly as possible too?) Canada's ratification of the deal means it will enter into force on Oct. 1. And once that happens, we'll be locked into the terms of FIPA for a minimum of 31 years. That's right, even if a new government is formed after the election next year and they choose to back out of FIPA, the next seven Canadian governments will be bound by the consequences of Harper's poor negotiations.

Bashed from left and right

Just how bad of a deal has Harper locked the next seven Canadian governments into? Here's how Diane Francis -- hardly an anti-trade left-winger -- described it in an op-ed in the Financial Post:

"The Tories, backed by a naive Canadian Chamber of Commerce and a handful of big, conflicted business interests, have demonstrated the worst negotiating skills since Neville Chamberlain.

"Ottawa capitulated to China on everything. The deal, using a hockey metaphor, allows only a select few to play on Team Canada on a small patch of ice in China and to be fouled, without remedies or referees. By contrast, Team China can play anywhere on Canadian ice, can appeal referee calls it dislikes and negotiate compensation for damages while in the penalty box behind closed doors.

"The terms agreed to by Ottawa are unprecedented and would be laughed out of Britain, Brussels, Canberra or Washington. Beijing has negotiated a heads-I-win-tails-Canada-loses deal."

So maybe we shouldn't be surprised that the Harper government tried to downplay ratification of the deal and sneak out the back door when nobody was looking.

Much has been written over the past two years about the impact the Canada-China FIPA will have on Canada's ability to regulate in the public interest, and the incredible powers the FIPA will give to Chinese corporations and state-owned enterprises to sue all levels of government for measures that might interfere with their profits. (Some of the best analysis is offered by Osgoode Law School professor Gus Van Harten, which you can read here, here, and in more detail here.)

But equally troubling is the profoundly anti-democratic way in which the Harper government has chosen to finally ratify the deal. Despite having two years of opportunity since the signing of the FIPA, there has been just one hour of discussion at the trade committee, no vote in Parliament, and no public consultations on the deal.

Worse yet, the ratification comes while the Hupacasath First Nation's legal challenge on the constitutionality of the agreement is still being considered by the Federal Court of Appeal, with a decision on the case expected any day.

Back in May, Fast responded to questions about the reasons for the delay by stating that the reason the FIPA had not yet been finalized was because of the Hupacasath challenge, saying, "I think you know very well that presently there is litigation ongoing with respect to that agreement. I'm not going to comment on the litigation itself, because it's a matter before the courts, and I don't comment on matters before the courts. However, I will say this. Our government is fully committed to bringing this agreement into force."

What has changed since last May? The CBC suggests it has a lot to do with Harper's upcoming visits to China: "The decision to ratify the long-delayed agreement comes just a few months before the prime minister leaves for his third visit to China. The prime minister will be back in Beijing in November for the APEC summit. China has been urging Canada to ratify FIPA, and this would likely have been a contentious issue during that trip if the Harper government still had not acted."

Despite the final outcome, the full impacts of which have yet to be seen, opposition to the deal and especially the courage and tenacity of the Hupacasath First Nation in their legal challenge were able to delay the FIPA by two years. As hollow as it may seem right now, that in itself is a small victory. As Council of Canadians chair Maude Barlow put it in June, "For taking this courageous stand the Hupacasath deserve both our support and our sincere thanks."

"This is a truly sad day for Canada," laments Hupacasath First Nation representative Brenda Sayers. "Hupacasath First Nation is deeply disappointed that the Federal Government would ratify the Canada-China FIPA while the case is still before the Federal Court of Appeal and the decision is under reserve. This decision is an injustice and an affront to our time honoured judicial heritage and shows no respect for the judicial process. The people of Canada should be alarmed that our constitutional rights have been stolen from our hands."

In the coming days, the network that has emerged over the past two years to stop the ratification of the Canada-China FIPA will explore if there are still avenues available to stop the deal before it enters into force on Oct. 1.

And ultimately, all Canadians will have the opportunity next October to express our opinion about what the Harper government did last Friday.