The last time I was at the Williams Lake Stampede was 29 years ago when I was a rookie reporter for the local newspaper. My bosses thought I was a Bolshevik, the cops wanted to shoot me, and a local lawyer warned me that some people I was writing about might try to test the strength of my skull with a steel pipe. And then there were the people I was in serious trouble with -- the Stampede princesses, their friends and families. 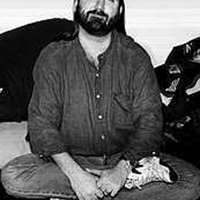 Even though I barely knew how to use a camera, I was officially a reporter-photographer for the Williams Lake Tribune and my editor decided it would be hilarious if he ran a few of the least flattering photos I'd taken of the contenders for the coveted title of Stampede Queen. The girls -- it's a safe bet most of them would have kneed me in the groin if I'd referred to them as "women" -- were not as amused as my boss. As I quickly discovered when I researched my story, the Stampede Queen contest isn't a beauty pageant. It's about choosing an "ambassador" for B.C.'s Wild West mill town and its rodeo, which is one of the biggest in Canada -- so it's more important that the winner looks good on a horse than in a bikini.

Since publishing a book and writing a play about my misadventures as a crime reporter and accidental union activist, I've become famous and/or infamous in my old stomping grounds. So this year I decided to drive up to Williams Lake for the Canada Day long weekend -- in daylight to avoid running into any stray deer or moose -- for my first visit to a rodeo since I was a baby reporter.

The grounds for the Stampede looked pretty much the same as they did when I tried to avoid stepping in cow pies almost 30 years ago. Back then the guard stopped me at the gate because I wasn't wearing a cowboy hat or an appropriately cowboyish shirt. Today I'm prepared. Okay, I'm still in running shoes instead of proper leather boots, but I'm in faded denims, a button down black shirt with a funky stitched pattern on it and a cheap black felt cowboy hat.

I'm waved in at the gate, no problem.

And the guard I'm waved in by is wearing... a pink shirt.

When I get to the rodeo ring almost every guy is wearing a pink shirt. More and more curious.

The last time I was at the Stampede I was ordered to change because I was dressed like a "sissy." Today, I was apparently lucky to get in because someone might have judged that black was too butch. There's little doubt in my mind that any man wearing a pink shirt to a rodeo in 1985 would have received roughly as warm a greeting as if he'd worn a fire engine red shirt into a bull ring.

I asked one of the first aid volunteers what the scoop was with all the men looking pretty in pink. "Breast cancer," she said. I found a story in the Tribune that gave me the scoop. About ten years ago Terry Wheatley, an entrepreneur, rodeo mom and breast cancer survivor, started a campaign to raise awareness and cash by challenging riders to be "tough enough to wear pink." Her son was a star on the pro circuit. Over the last decade, rodeos across North America have raised over $17 million to spend in the communities that do the fundraising.

Go ahead and shoot me

The rodeo ring also looked almost the same as it did three decades ago -- except for the electronic billboard near the main entrance, urging people to post Stampede photos on Instagram and Facebook -- but there was no mention of hashtags. Maybe to avoid a tweet-storm about the ethics of rodeos? Or maybe Twitter just hasn't caught on in Cariboo country?

Then the competition started, but I'm thinking writing about bull riding, calf roping and mountain racing for The Tyee would be almost as much fun as wearing a pink shirt to a rodeo in 1985. Besides, I wasn't here to watch the events. I was hoping for an audience with the queen.

I spotted her behind the arena near the special concession stand for competing cowboys, but someone else spotted me first -- the new editor of the Williams Lake Tribune. Angie Mindus introduced me to newly crowned queen, Michelle Ball. Then she asked to take a photo of the two of us together. 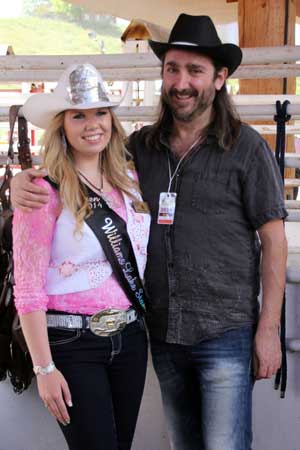 As Angie (and my photographer, Rayne) unholstered their cameras, Michelle told me about growing up in the Cariboo. She has plenty of ranchers in the family, though she never lived on a ranch. Like all the princesses I met in 1985, her first time on a horse was when she was about the size of the saddle. But unlike the other royal contenders, Michelle didn't start riding seriously until a few years ago.

There were only three competitors for queen in 2014. There were five in my day. Michelle was Miss Clusko Logging Enterprises before winning the crown. And like all the contenders I'd photographed, Michelle had always wanted to be a Stampede Queen. She talked about watching the queens at the rodeo as a kid and thinking, "they come in and they're so graceful and beautiful... I've always loved to watch them and thought one day I wanted to be just like them."

We talked about photos and she told me that she occasionally tweets selfies from the events she attends. After her reign, Michelle plans to become a paramedic. "So then I can be here and help the boys who get injured." And she thinks all the boys in pink are "awesome." Says Michelle, "I'm a huge pink fan and I love the idea behind it."

I took a photo of her on horseback with my iPhone. It looks terrible... I did not tweet it. But a few days after the Stampede ended the Tribune ran a story announcing record attendance -- over 16,000 rodeo fans -- and ran a photo of me with the queen. I think we both looked just fine. Cowboy karma was satisfied.

And if I ever go to another rodeo, I'm wearing pink.