The Senate scandal that will continue to plague Stephen Harper when the House resumes sitting is far more than just a run of the mill scandal, of which Canada has had many over the years. This one seems to present the result of an accumulation of rot, amorality, casual thuggery and complete lack of shame, as one politico put it. It feels like we are approaching the end point of the collapse of public morality. 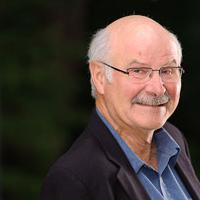 I think it started as soon as the political, business and media elites decided that the new mantra for the state was that government needed to be run like a business. At first blush this may seem like an innocent precept because, as its advocates were careful to frame it, it could mean little more than just running things more efficiently.

But running government like a business begs the question of just what business you are talking about. The mom-and-pop grocery or Goldman Sachs? The local shoe store or Lehman Brothers? The local eatery or Enron? It does make a difference.

Nigel Wright, Harper's former chief of staff, was the quintessential representative of the corporatization of governance. He was at the top of the PMO, a political, bureaucratic machine for whom the end justified the means -- something he had to learn when he was becoming a multi-millionaire businessman on Bay Street. Bullying, lying, manipulating and treating employees and customer alike as so much disposable trash is at the core of the culture of the world's largest corporations. Import that culture into government and the result should come as no surprise. That Harper would choose a millionaire businessman to run his office should also come as no surprise: Harper's contempt for government is confirmed almost weekly.

Indeed, the running-government-like-a-business crowd never had any doubts which businesses they had in mind as they promoted an agenda which included "free trade" (read corporate rights), privatization, weakening labour rights, deregulation, slashing government services and taxes on large corporations and the advent of the surveillance state. Not only would they run government like a business, they would run government for business.

When law breaking is good business

When I say that the world's largest corporations adopt an end justifies the means approach I am not simply making a subjective judgment. I am reflecting on the work of Frank Easterbrook and Daniel Fischel, two Chicago law school profs who formalized this principle in the Michigan Law Review in the 1980s and afterward. They argued that "it was the duty of managers to violate the law if it was profitable to do so." This principle was not restricted to minor violations but to all laws governing corporate practice. For these two law profs; fraud, corruption, pollution, price-fixing, occupational disease and bribery were just "'externalities' and related fines and penalties should simply be viewed as the 'costs of doing business.'"

It took a while, but the notion of law breaking as the fiduciary duty of corporate managers gradually became the new normal as corporations grew into transnational behemoths. And in order to facilitate this new and profoundly immoral approach to corporate governance, boards of directors began choosing CEOs and other senior executives who could apply the principle with a minimum of anguish. Robert Hare, UBC's internationally renowned expert on psychopathology refers to them as "sub-criminal psychopaths."

Reading through the hundreds of pages of emails between the various co-conspirators in the senate scandal offers resonance to this corporate-think at every turn. Wright, in fact, saw himself as a manager. His lawyer told the RCMP that Wright's role was to "manage Conservative caucus members."

'The Problem' is a conscience

Wright played the role of political CEO as the scandal worsened and threatened to spin out of control. Senate majority leader Marjory LeBreton had written a letter saying senators should have to repay expenses. Wright assured Mike Duffy that he was not pleased and that he had said "all unilateral action from that office should cease before being cleared with me." He then insisted "To repeat Patrick, no further action from that [Senate leader's] office at all without pre-clearance" from the PMO.

This casual interference in the workings of the Senate -- and the equally casual expectation that it would be immediately complied with -- demonstrates how far running government like a business has gone. And, of course, Wright was justified in this thinking. Almost. It turns out there was just one public fly in the private ointment: the young Chris Montgomery, director of parliamentary affairs for Senator LeBreton. He refused several requests to intervene because it would compromise the senators and would involve him interfering in an "independent process."

Patrick Rogers, another senior PMO staffer, emailed Wright "This is unbelievable... Montgomery is the problem." Wright asked if he should come over to the Senate to weigh in -- and do what, it could be asked, given that he had no authority. Wright was getting exasperated: "Based on Montgomery's response it is clear to me that we should brief Senator LeBreton directly. Chris simply does not believe in our goal of circling the wagons."

At some point it appears that Montgomery succumbed to the PMO's bullying. But there were others in the mix who didn't need any persuading -- no matter what was asked of them. Carolyn Stewart Olsen promised Wright in an email: "I am always ready to do what is asked..." But she was frustrated, too, in trying to circle the wagons: "The non-partisan nature of the committee is a problem as is the clerk who seems to have his own agenda. He wants to clean up the place." God forbid.

Government is not a business

In all of this, it is sometimes easy to forget that the issue was three greedy senators -- easy because there are now so many crudely unethical players in the game it makes your head spin. Harper’s legal counsel, Benjamin Perrin, clearly informed of all the questionable activity and yet -- as the RCMP documents show -- not advising against it. The senior partner at Deloitte who did not hesitate to intervene in his firm’s supposedly independent audit at the Conservatives’ bidding. The Conservative bag man, Senator Irving Gerstein, who did his best to subvert the audit process.

The behaviour of this nest of unclean birds fits perfectly with the Chicago law profs' legal opinion that CEOs have a fiduciary duty to break the law if it is profitable to do so. Getting caught, having to throw your friend under a bus, being repeatedly and publicly exposed as liars and cheats -- well, that's just the cost of doing business. But it shouldn't be the cost of doing government.

Government is supposed to be different precisely because it operates in the public interest, not the private interest. As others have pointed out recently this distinction seems to have been lost elsewhere in the Harper government. It's not just the three suspended and disgraced senators who have not resigned -- neither have the rest of those who knew of and helped facilitate the PMO scheming. Ministers of the crown now simply refuse to take responsibility for their actions. Again paralleling the senior ranks of the likes of Goldman Sachs, Morgan Stanley and J.P. Morgan executives, ministers like Peter MacKay (who used a military helicopter for a private fishing trip) simply tough it out as if hubris was the modern replacement for honour. Finance Minister Jim Flaherty refused to resign after it was revealed that he intervened with the CRTC to help a constituent with a license application.

Ministers used to take their responsibilities seriously. Liberal Sheila Copps resigned because she broke an election promise and Brian Mulroney's fisheries minister John Fraser stepped down over the tainted tuna scandal. But in the corporate world of the quick or the dead, ethics is for losers. And when government is run like a business it's just a matter of time before the infection spreads.