"Smoking is the only honourable form of suicide." -- Kurt Vonnegut 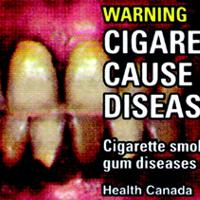 Should tobacco be a controlled substance, with prison time and fines for those caught illegally possessing it without a doctor's prescription?

That's one proposal from an Oregon legislator to deal with the devastating scourge of cancer and other illnesses caused by cigarettes.

Last week, a Canadian-led medical study proposed tripling the tax on tobacco in order to prevent the 200 million premature deaths this century caused by smoking.

But making tobacco a prescription-only controlled drug is an even better idea to start eliminating the deadly substance entirely.

The tripling of cigarette taxes, proposed in the prestigious New England Journal of Medicine by the Centre for Global Health Research at Toronto's St. Michael's Hospital, argues convincingly that dramatically increasing the tax deeply reduces consumption.

"Our evidence suggests that, even in Canada, a big increase in the federal excise tax could get about one million smokers to quit and save about 5,000 lives a year," says study leader Dr. Prabhat Jha.

"There are no magic bullets in public health. But tobacco taxes are as close to a silver bullet as you can think of," Jha told CBC News.

France and South Africa both cut smoking rates in half in less than 15 years by increasing the tax that much.

In Canada, the two provinces with the lowest cigarette taxes by far -- Quebec and Ontario -- have the most smokers and lowest tax revenue per smoker, according to a fact sheet by Physicians for a Smoke-Free Canada.

But a more effective way to save lives and reduce the misery caused by tobacco-related cancer and other illnesses is to make tobacco a controlled substance, only available with a doctor's prescription to current nicotine addicts.

No more sales of cigarettes, cigars, pipes, or chewing tobacco in stores, bars or anywhere else.

Portland, Oregon State Representative Mitch Greenlick has put forward a bill that would make tobacco a controlled substance, with possession of more than 0.1 milligrams punishable by a year in prison or a $6,250 fine -- unless the user has a doctor's prescription.

"These are the liberals. We've been nice. We've tried every which way we know to get you to stop smoking, and you won't. You keep smoking. And so now you're going to need a prescription for it. If you don't have a prescription, if this bill passes in Oregon, you go to jail for a year if you're caught with a pack of cigarettes. Because you can't be trusted to do the right thing," Limbaugh wrote.

Greenlick isn't fazed by rants from Limbaugh and others. In a newsletter last February, he wrote: "I have received hundreds of emails on the topic, most providing a coherent argument, such as 'You suck, you liberal moron.'"

Iceland is also considering making tobacco a prescription-only restricted drug. The country's former health minister and doctors are promoting a proposal similar to Greenlick's that would make cigarettes only available in pharmacies, with the cost increased by 10 per cent every year. Eventually cigarettes would be prescription-only, with the cost reduced for those too addicted to quit.

In the meantime, Iceland increased its tobacco tax by 20 per cent in 2012 and saw cigarette sales drop 10 per cent through Sept. 2013.

For those who think this way of taking on tobacco addiction is too extreme, here's my reply: I watched my mom Pat die painfully from lung cancer in 2010, more than 20 years after she had quit smoking.

She took up cigarettes -- despite being a registered nurse -- in her earlier days, because it wasn't known how toxic smoking was.

Today, we have no such excuse. It's time to save lives by making tobacco prescription-only and start jacking the tax.